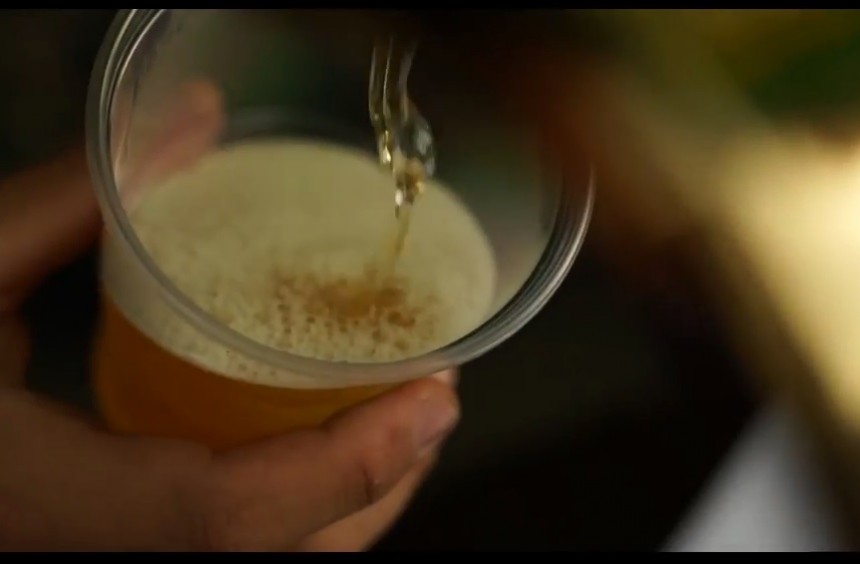 On Saturday, September 1, for the sixth year in Riga, the city festival Ezšfests, organized by the team of "Ezis Miglā" bartenders, was executed chilly. The motto of the event is a "crown on the summer", because the beautiful end of the summer was celebrated. This year it took place in the urban street of Tallinn, where at the same time with the festival, the branch of the new "Ezitis Mist" of the district Tallinn opened for the first time.

A rich art and music program was enjoyed. On three stages there were several domestic groups, such as the PND, which raged the crowd, Singapur Satin singers who were able to stir the crowd, even when the sound of the scene disappeared for 15 minutes, a group of Polifan, who simultaneously fascinated was through psychedelic rhythms and eventually someone became a new favorite band. Also Simple, Deeper Upper (Lithuania), Riga, Color, Future Jets, Brīvrunu project, Kontraflow, Möstuputņi, Tea Tree Impro improvisers, Comedy Latvia comedy, Mur and folk dance met electronics from the show "The Fog" dancers. . The party was a bit out of the box around 3:00 in the night, when the DJ Miami laptop was thoroughly untidy, but the situation was saved by DJ ahun with urban rhythms and rap rapier karaoke.

Parallel to the stage program it was also possible to enjoy juicy burgers and other Ezers street food delicacies, relax with head cocktails, move around in the active area in different activities, express in painting, drawing, creating and thinking.

For the first time in Ezisfest the door is opened in the "Ezitis Miglā" Bar, 10th branch "Ezitis Mist" in the Tallinn district. Meanwhile, in the temporary or demo mode and in real life, it will be operational in October. Until that time, the bar is working in various events in the street district of Tallinn, such as the White Night, which offers the opportunity to feel the atmosphere, the taste, the hospitality and the atmosphere.

Good time unexpectedly brought many visitors to the organizers, so now plans with things to improve next year. In general, the festival was honored, very positive and fulfilled. The organizers of the festival are grateful to all festival-goers who came and became involved in the organization and wished for a lush and impressive autumn. Come to the Eisfest next year