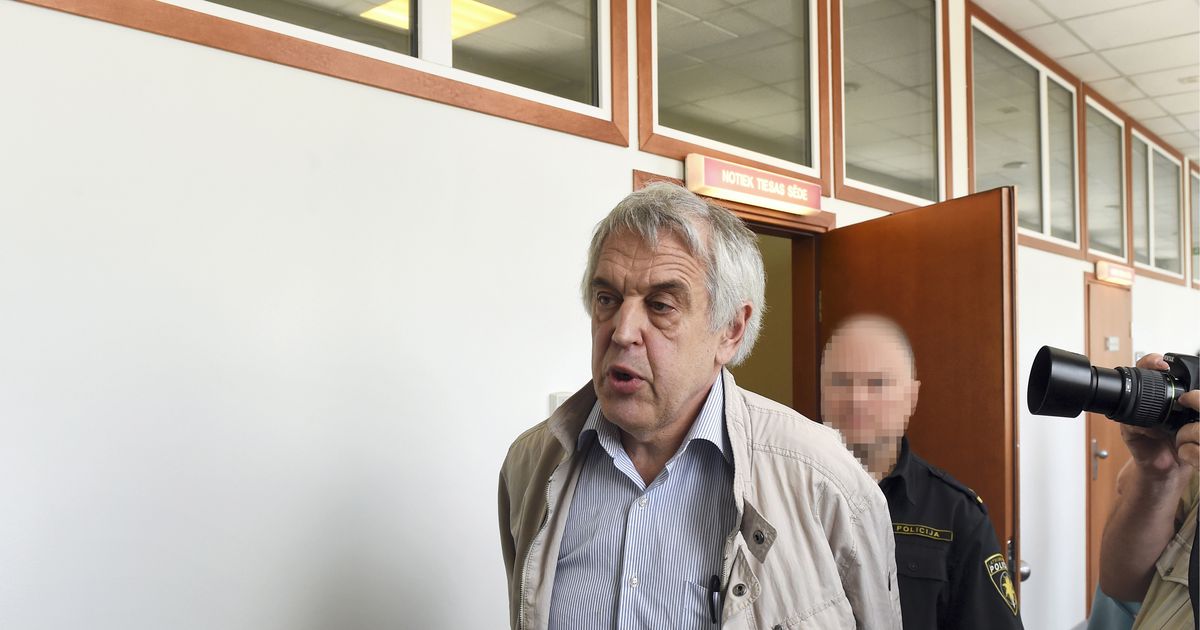 According to Gaponenko, DP said in a press release that DP on August 6 encouraged prosecution after the three articles of the Criminal Law, namely, an act intentionally aimed at causing national, ethnic or racial hatred or dishonorment through an automated data processing system.

It is also suggested that a person be accused of an action directed against the sovereignty, sovereignty, territorial integrity, state power or state machinery of Latvia, as well as aid to Latvia abroad.

Upon detention, the DP stated that the person was only detained in accordance with Criminal Law as an act against the sovereignty, sovereignty, territorial integrity, state power or state machinery of Latvia.

Now in the press release of the OP that on 4 April the criminal procedure revealed that the person continued to act with the aim to damage the Latvian state and help the foreign state to oppose the security of the Latvian state. Strange name not available.

The court of Gaponenko was arrested on April 21 and he is still in prison. On August 23, the court will assess whether it is necessary to continue Gaponenko's imprisonment, said Imma Jansone, his spokeswoman, at the LETA agency.

Gaponenko is not the only criminal case. It has already been reported that the Vidzeme District Court in Riga will deal with a criminal case on 21 September, in which Gaponenko was accused of causing national hatred and intolerance.

In the opinion of the public prosecutor, the accused on the evening of February 27, 2015 on Facebook, he deliberately published written statements based on his profile, knowing that their content is aimed at provoking national hatred and hostility towards the representatives from Latvians, Lithuanians and Estonians.

Last year's activity report from the OP stated that the activities of Gaponenko in 2017 were subordinate to the financing of subsidies granted by Russian organizations. It was chaotic and seemingly subjective, and expressed in the Russian media and the creation of publications on the basis of false or contradictory facts, thereby reducing the efforts of other Russian compatriots in Latvia to separate from their activities. were observed. Similarly, Gaponenko's attempts to disorganize the association "Latvian Russian Community" (LKK) were observed.

Similarly, the OP stated in its report that the most public activities in the field of distribution of Russian historical awareness were subordinate to the so-called "Victory Day" celebrations on 9 May. Russian political activist Margarita Dragilė organized together with his colleagues Gaponenko and Elizabeth Krivcov a custody of the historical memory of Russia on 9 May in Riga.

one of the central events of the Immortal Regiment & # 39 ;, which is widely adopted outside the borders of Russia as an ideological instrument of Russian humanitarian influence.