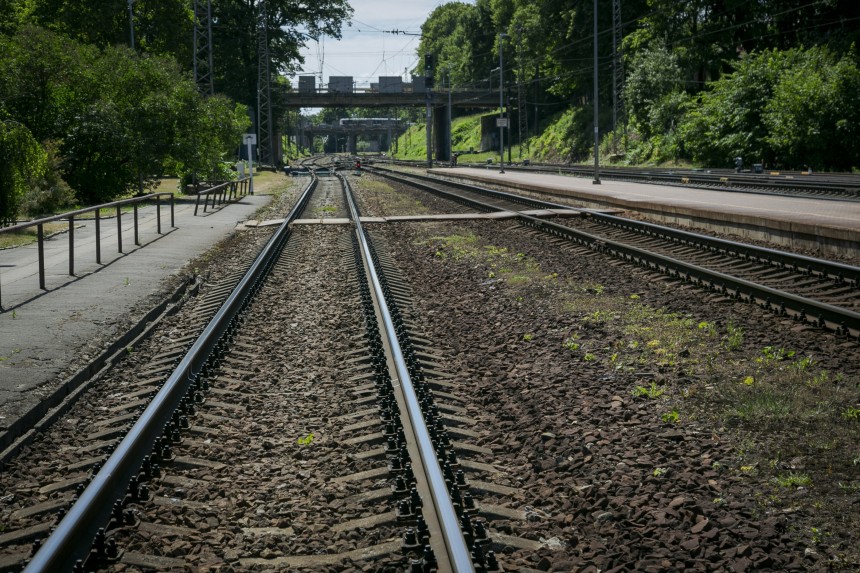 Indeed, the new Conservative Party (JKP), which resolved itself from the political horizon, met pseudo-unity in the pledges to provide the electorate of the 13th Saeima half a billion euros at the expense of the lack of electrification of the railroad.

Expectations at the places The 13th Saeima parties reacted clearly to the invitation to participate in the tender for the first phase of electrification of railways planned for 2030 by the public of Latvijas dzelzceļš (LDz) on 10 August. It is proposed to electrify the railway lines Daugavpils-Krustpils, Rezekne-Krustpils and Krustpils-Riga for 425 million euros. Of this, 347 million will be made by the Cohesion Fund of the European Union for 2014-2020. within the annual programming period. If in August 2018 something was outraged about something, not about the announcement of the proclamation, but about the fact that it was announced closer to the end of the period than the beginning. The previous programming period 2007-2013 left a sad experience of how Latvia ruined the few hundred million euros the EU was willing to pay for new passenger trains to Latvia.

The tumult in the government

Speeches about the electrification of rail freight in Latvia have sounded since the Soviet era. Their post-Soviet version reached the Saeima on 10 June 2010 unanimously (with the votes of all 90 members present) in the Latvian strategy for sustainable development. However, the work on the electrification project only became clear during the current government. Meanwhile, the government has sat down with the Prime Minister, Arvyl Aseraden, who has just come up with "a series of unanswered questions about both the electrification project itself and the hasty procurement process." A. Aseraden, a member of the "Concern over the Procurement Project worth € 425 million and the rule of law", was taken by the party Unity Chairman A. Ašeradens in a public correspondence with Prime Minister Maris Kucinskis and Minister of Transport Uldi Auguli. This party changed the brand before the elections with the words & # 39; New unit & # 39 ;.

The project has been known since 2016

LDz could not announce the competition before he was not convinced that it was money. At yesterday's meeting in the Latvian Port Council, President LDZ, Edvīns Bērziņš, assured that LDz would spend 50 million euros from its funds to cover Latvia's co-financing, and 44 million would be borrowed from the European Investment Bank. The total costs of the first phase of electrification are currently set at 441 million euros, which will be achieved after a further two purchases after the current tender.

LDz & # 39; s success in finding money from LDz and Latvia was much less dependent on the European Central Bank (ECB), which in January 2015 launched additional cash expenditures between EUR 100 billion and EUR 30 billion per month. The European Investment Bank is one of the channels to distribute this money in the euro area in a fairly equal or fair way. The time between January 2015 and August 2018 shows the difficulty of bringing this money to the EU and the periphery of the euro area, despite the enormous amount of euro emissions. Even with a minimum emission of € 30 billion per month, the ECB sells twice as much money in circulation as is needed for a full electrification project, not just for a relatively small loan. One might also think that the Cohesion Fund would not be as generous as it would be now if it had not had access to the future cash flows of the ECB. Latvia has given a hundred and a reason for the disqualification of rail electrification and many other projects, if the European Commission (EC) wants it. The tolerance of the EC is best illustrated by the fact that Latvia, even after Latvia has not been able to buy passenger cars, has allowed Latvia to increase its platforms at train stations for this money and to improve the railways less noticeably. The penalty chosen by the EC for Latvia is that no more money is given for the purchase of trains during this programming period. This does not mean, however, that EU Member States and Latvia, including the EU, can use this money as a whole.

If political parties could act on behalf of the state, they would probably distribute the money allocated to electrification in the EU as a gift for the Saeima elections. Certainly a lot of votes collected by the party, which would make it possible to distribute 347 million euros among the 1 784 285 Latvian citizens who are listed in the database of the Citizenship and Migration Board. It means about € 195 for a citizen, or € 600 for a statistically average family! It is precisely this requirement that is openly made to the APR. In the pre-election program, the "railway electrification project, half a billion euros in science" was registered, but the announcement of the proclamation proclaimed by LDz on the use of money also referred to innovation projects or the purchase of new passenger trains. There is already talk of the impossibility of paying for trains, but any reimbursement of science and innovation projects in Latvia sounds much more unlikely than the probability that rail electrification will be reimbursed.

The Unity government unveils the unambiguous sums of money, but still maintains the expectation that the government will be redundant in the amount of about 100 million Latvian co-financing. Even if the government does not finance electrification directly, Latvian and LDZ creditors will force the Latvian government to limit its expenditure so that the state can cover its own business, local government and other sovereign debt if necessary. If the electrification contest was broken, the government could use this 100 million as completely different use. Unless they are set, everyone in the industry, institution and ultimately concrete people can hope that the money is suitable for them. It is only time to postpone the competition until electrification is no longer possible in 2014-2020. annual program period. Of course, electrification can not be completed by 2020, but Latvia is counting on the completion of work started by the year 2023. So there is a very short time after which the delay project must be completed.

Money has to be earned

There would be no hope for Latvia for EUR 347 million, since the EC condition for its use is not road building, science or anything else that does not reduce CO2 emissions. It is clear how diesel locomotives deliver CO2 and soot bubbles in the air, which is not done by electric locomotives. Electrification could only compete with building insulation, which according to the dogmatics of the EC would reduce the CO2 emissions needed to heat the buildings. Such a redistribution of money has already been assessed and found unenforceable. It can be justified by technical considerations, but the fundamental question is, at the expense of man, that people will live (work, rest) in heated houses, in an economic and possibly political and military collapse, which will make senseless electrification while the movement of freight transport by rail is stopped. In this case, heated houses in Latvia have as little need for people as the barracks. That is why it is best not to criticize yourself and others, but to invest in economic activity, where results are not safe but not hopeless.