Imports of labor in Latvia: "We have no moral right to speak about it" – Society and politics – News 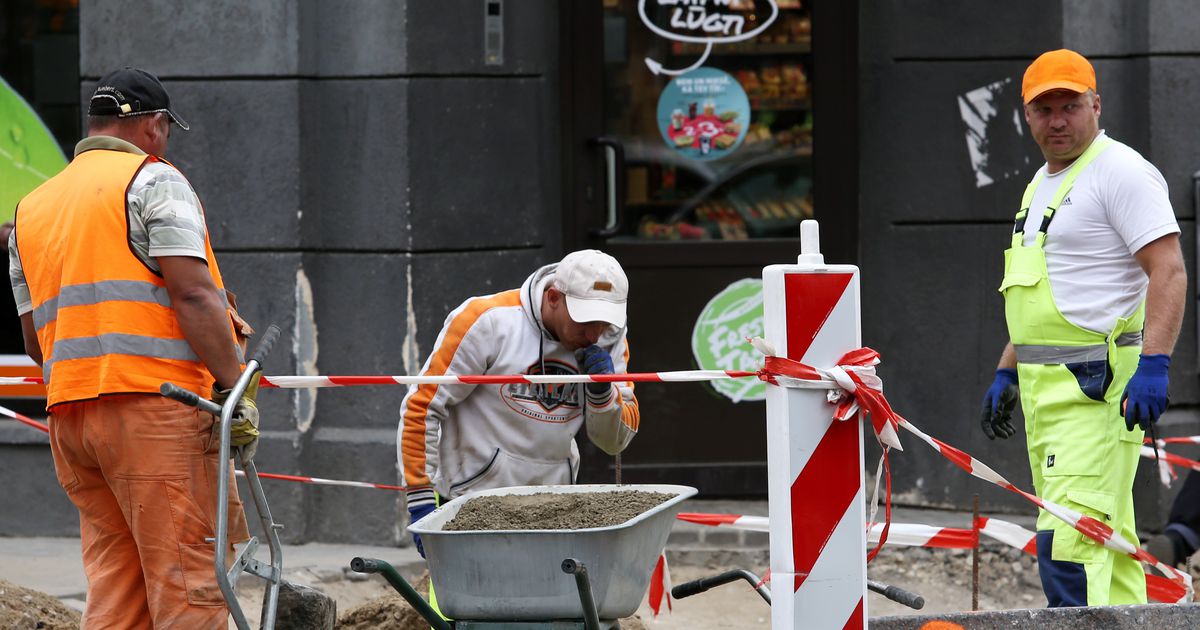 The representative of the MEPRD acknowledged that at this moment the unemployment rate in Latvia has reached the natural level, and this is one of the reasons why entrepreneurs feel a shortage of labor.

"More and more entrepreneurs hear that if ten years ago there was no job, now there is no one working," said Eglitis, adding that not everything is measured by the salary, and other factors are important for the employee, for example the place of residence , availability of kindergartens in a certain municipality, leisure possibilities.

Eglte acknowledged that the problem of labor shortages had to be addressed by the introduction of low-skilled workers from abroad, but at the same time it was not clear how a company with a profit of four million could not even offer its employees a minimum wage.

He also agreed with the chairman of the Cēsis district council Janis Rozenbergs (V), in which he asked to initiate the settlement of the relatives of compatriots and only then to determine in which areas the labor market should be opened.

During consultations with expats abroad, local council representatives concluded that one of the most important factors that influence the decision to return to their home country is the availability of educational opportunities, the issue of a housing stock is also current. The President of the City Council also said that future employees would like to see the level of remuneration for a particular job, as this is often not indicated in job advertisements.

"We also inform people about the possibilities to come back, it is important that people have the knowledge, it is even worse when a person returns, impulsive feelings, they are confronted with obstacles and are disappointed here", says Evita Simsone, director from the Employment Agency.

In the meantime, Ida Groza, the planning coordinator for the Vidzeme planning region, said that 13 former returnees returned to Vidzeme this year, but next year they plan to take at least 15 such steps.

The forum "Latvian values" is a new initiative to explain the current situation in the growing problem of the workforce in the region and to identify the most important conclusions for the improvement of the living environment in Latvia. A total of five forums will be held in August and September, one in each in the planning region of Latvia.

Forums have already taken place in Ludza and Cēsis, but in September events are expected in the planning regions of Kurzeme, Zemgale and Riga.

All "Latvia Values" forums will look at the same topics by comparing the problems and conclusions in each region. Several studies and surveys have concluded that the level of reimbursement is not the only determining factor in attracting the interest of Latvian job seekers and the Diaspora. The forums will analyze the various factors that directly affect the employees and have an indirect influence on employers and influence the achievement of the desired results of both parties, Egils Cīrulis, the chairman of the board of the National Values Fund of Latvia, informed LETA.

The idea is to talk about the improvement of the living environment in Latvia – services for families with children, entrepreneurship in the region, the experience of re-migrants, as well as the transfer of the desired information to the target group, namely how understandable and how easily accessible people have information about the services provided by the state and municipalities in the relevant segment; how the information provided influences the use of services, how the circulation of information can be improved.

Representatives of the state and local authorities, specialists from the national employment office, entrepreneurs, trade union representatives representing employees, diaspora organizations and other parties take part in the forum roundtables. Each forum will also invite people from the region to participate.