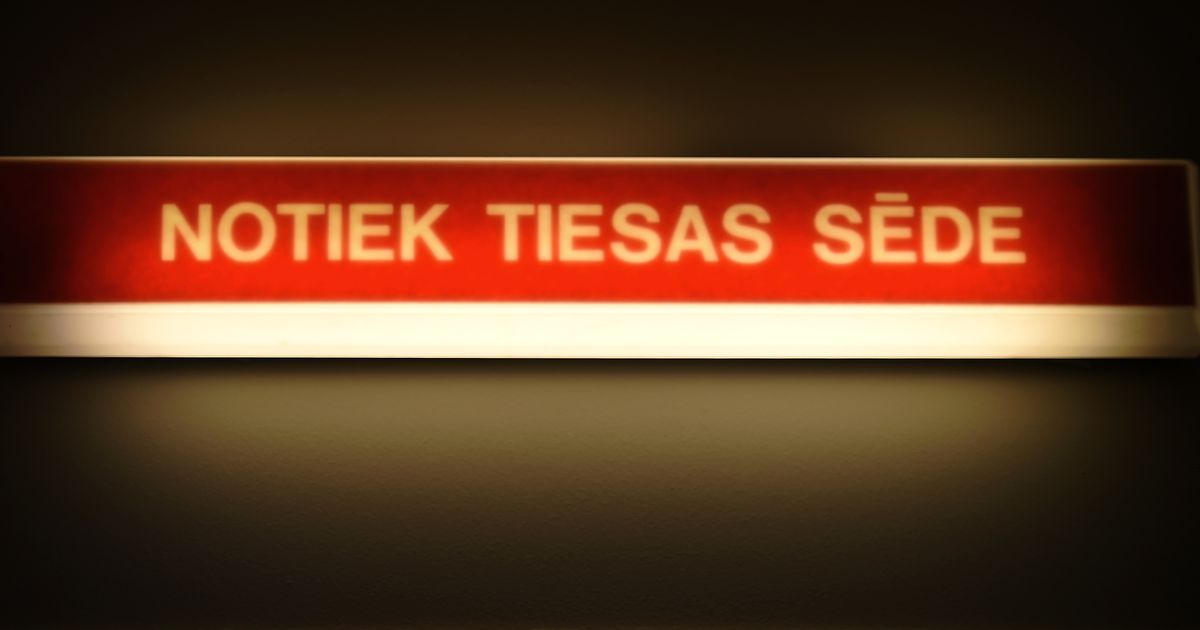 It explains that there are various circumstances that suggest that applicants for insolvency proceedings had deliberately tried to bring the case before the judges, while those judges consistently ruled in favor of the applicants in situations where they have both violated the law openly and the favorable interpretation of the issues involved.

The report also points out that in the course of case studies there was a suspicion that in some cases applicants deliberately changed their registered addresses in order to reach the desired jurisdiction.

"Systematics, the large number of cases in a relatively short period, as well as the same parties, do not offer the possibility to find another rational statement from another," says the report.

The expert opinion of Judge Raimond Bull on insolvency proceedings summarizes that he has consistently relied on the opinions of directors. In the opinion of the expert, there are 12 cases in four cases that have been annulled in rulings and in one judgment, which are not pending before the Supreme Court, serious errors that are not explained by the imperfections in the regulations. In total, Bull examined 1970 cases from 2008-2014, of which 1419 – civil cases.

An expert, Helmut Jauja, stated in his conclusion that in the case of Bula there can be serious offenses in three cases –

Jauja also noted that "[..] confirming the analyzed assessments rather than refuting the suspicion of Judge Bula's special relationship with the managers of the Mara Spruda group. In the four cases analyzed, the insolvency administrator was Māris Sprūds himself or manager Aigars Lūsis, Ilze Gulbe.

The expert added that in three of these four cases the debtor had changed his legal address in Riga city center shortly before the application was made. Since all cases where the address was changed were an out-of-court legal protection case (ADR) in which the debtor chooses the manager, the only logical explanation for such a systematic change of address is only to obtain the required jurisdiction.

Valēri Grebežnieci's expert conclusion states that in 2008-2014 it investigated 1,680 cases, including 1,360 civil cases. Of the ten cases investigated, four serious errors were detected, including three systematic violations of the same type.

In turn, Jauja has indicated that "[..] The connection between judge Grebežniece and insolvency officer Andris Bērziņš is striking. The judge looked at a total of 13 fast and TAP cases where the administrator was Berzins, in another case was the manager Lusis who practiced an office with Berzina. "

Yaound also points out that the fact that in seven of the fourteen cases in which the debtor of the TAP / ASTB had changed the legal address for the filing of the application in the Sigulda Court was no coincidence.