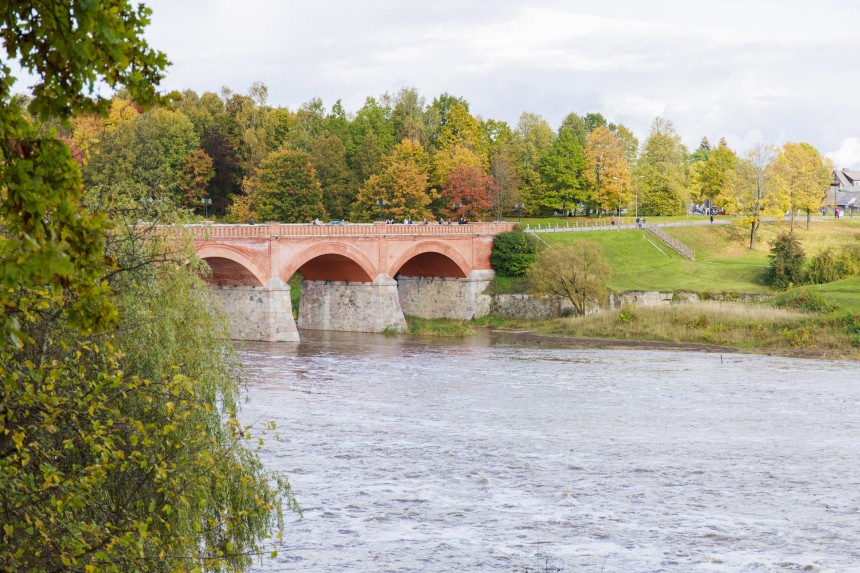 Jānis Jākobsons, head of the Construction Board of the Kuldiga District Municipality, explained: "The process that has already been used to travel to the World Heritage List has taken a long time, and for the first time in Kuldīga the national temporary list of UNESCO has been applied for. and approved in 2003. In 2011, this application was restored and re-approved according to new requirements – Kuldiga Old Town in the Venta Senlis has been included in the Latvian national list of UNESCO heritage sites, during which we have done a fantastic job – we involve the people , inform us, organize various educational activities, work together with experts, solve management problems and carry out both theoretical research and practical activities for the preservation of the old center and the nature complex. "

The preparation of application documents for the old town of Kuldiga in the old center of Venta is the final stage of the path to inclusion on the UNESCO World Heritage List. In order to become a credible application, international cooperation is required, documents must be drawn up at a professional level in Latvian and English, which is why the municipality attracts and collaborates with various advisers and experts, including students who have made recommendations. to Kuldīga for defining unique values ​​and authenticity criteria. "It is a large-scale initiative of the municipality – to enter the World Heritage List as soon as possible, and members of the council have already decided to take such action at the Council meeting," added Jākobsone. The cooperation with the UNESCO Latvian National Commission and the National Cultural Heritage Council has also been concluded about the progress of the old city for inclusion on the World Heritage List. The person submitting the document is a country, in Latvia – the Ministry of Culture, which is why the close cooperation with various government institutions is strengthened.

What are the advantages of Kuldiga?

A UNESCO World Heritage is awarded a quality label. This would enable the city to attract additional resources in the areas of education, science and culture, stimulate the preservation and protection of the historic center of Kuldiga, attract tourists, promote quality urban development and the well-being of its inhabitants. "This process of progress has been a great advantage for Kuldiga, because much is being done in this city – a well-organized city, different management and development plans and well-known city values, but the most important is the municipal cooperation with residents, owners of old mansions and managers "added the head of Construction Board.

Cultural and historical heritage is an integral part of the city of Kuldiga. Thanks to its rich cultural heritage, "Kuldiga Old Town in the Venta Senlis" was included in the UNESCO World Heritage List of Latvia in 2011. In 2007 it was recognized as the destination of the most remarkable tourist destination in Europe, while the Kuldiga City Historical Center received the European Heritage Label in 2008.

From 2011 to 2017, Kuldiga District Municipality carried out research into urban architecture and urban planning, landscape aspects and natural components, as well as intangible values ​​for cultural heritage, which serve as a valuable basis for scientific progress. The national monument of national significance "The historical center of the city of Kuldiga" was expanded and cooperation with the local community, non-governmental organizations and educational institutions in the conservation and promotion of cultural and natural heritage values ​​was implemented.