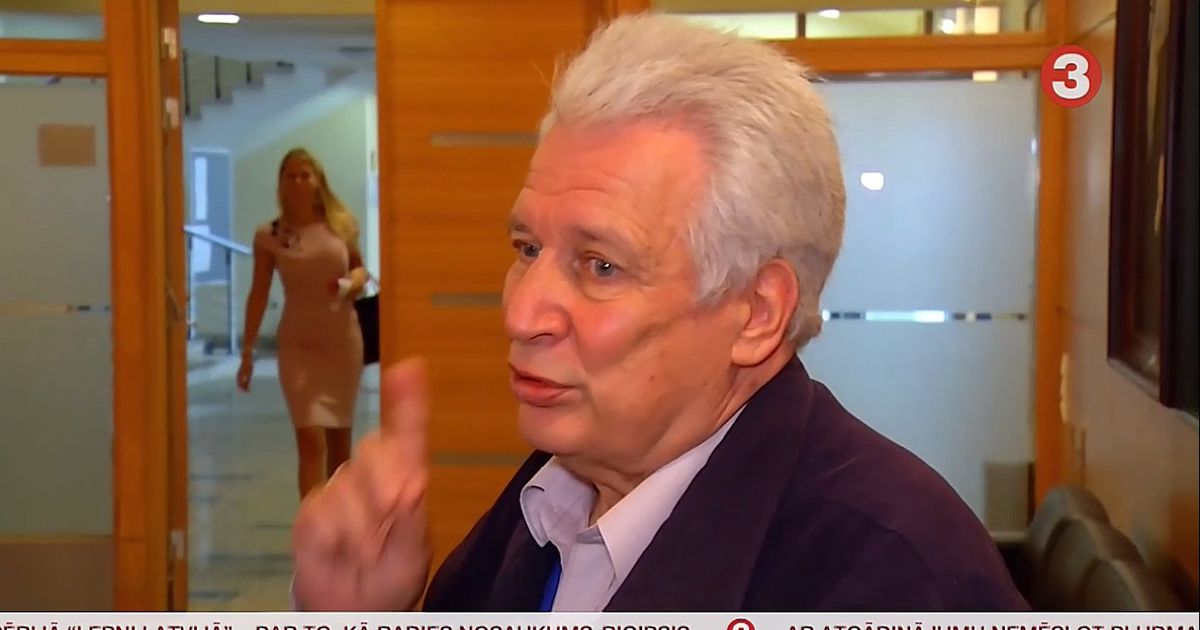 Igor Soloviev admits that, after accepting the job of a well-paid advisor, the board agreed that he would transfer the money to & # 39; Harmony & # 39; should pay. He earned only 9,900 euros last year for his work in the municipality, but at the same time he earned 19,200 euros while working as a counselor – a consultant at SIA Rīgas namu pārvaldnieks.

For the first time he hears the issue of a consultant's office, Solovyov refuses to answer and says he is rushing to the board meeting. On the other hand, it is not possible to ask questions in between, because Solovjocs hide behind the curtains, where they talk on the phone. After the meeting, the deputy immediately states, rightly, that "there are matters where he is on the spot, looking at everything, where and what, and then speaking at the board meeting".

In the 70s Igor Solovyov received a specialist in the field of machine building technology for metalworking machines and tools at the Polytechnic Institute of Riga. The question whether the training of a hardware store in 1975 makes it possible to give good advice, he clearly gives no answer, only points out that this is a good question.

Since 2006, Igor Soloviev has donated 30,000 euros to various parties. 18 183 euros – "Harmony". At the end of the conversation, Solovyov no longer hides it by taking a well-paid place in the "Riga Municipality Manager" – it is well known – a part of the money has to be sacrificed to "Harmony". Asked whether it was an official agreement, he replied: "We have agreed when [kas] was in the party at the beginning "." If I have a salary, then of course [jāmaksā]"Says Solovyov.

As a member of the Riga City Council representative, Igor Solovyov takes decisions affecting the activities of the Riga Municipality Manager, but he does not seem to have a conflict of interest in making decisions about his second job.

Valery Petrov, the coordinator, also provides advice to the Riga Gold Council. Last year it worked at eight workplaces related to municipalities. Last year, Riga consulted Central Market and Riga Municipality Manager. Petrov earned 66,167 euros for consultations. 5513 euros per month for counseling. "Salary" is bigger than the premiere. From the answers to the advice, Petrov escapes, in the guise of haste.

Riga Town Manager in turn refused to give TV3 an on-site interview without explaining what the consultants really do. The company also refused to enter into contracts or job descriptions. Representative of Riga Municipality Manager Krists Leiskalns replies in writing: "In connection with the employment relationship between SIA" Rīgas namu pārvaldnieks "and Igor Solovjov, as well as Valery Petrov, we would like to point out that, like all other more than 2,500 employees, are anchored in employment contracts that strictly impose all employee obligations, are made in accordance with the requirements, and third parties can not conclude employment contracts because they contain trade secrets. "

TV3 recalls that the legislators had formerly seized fictional workers from 12 "Riga House Managers", who fed themselves from the money of the people of Riga.