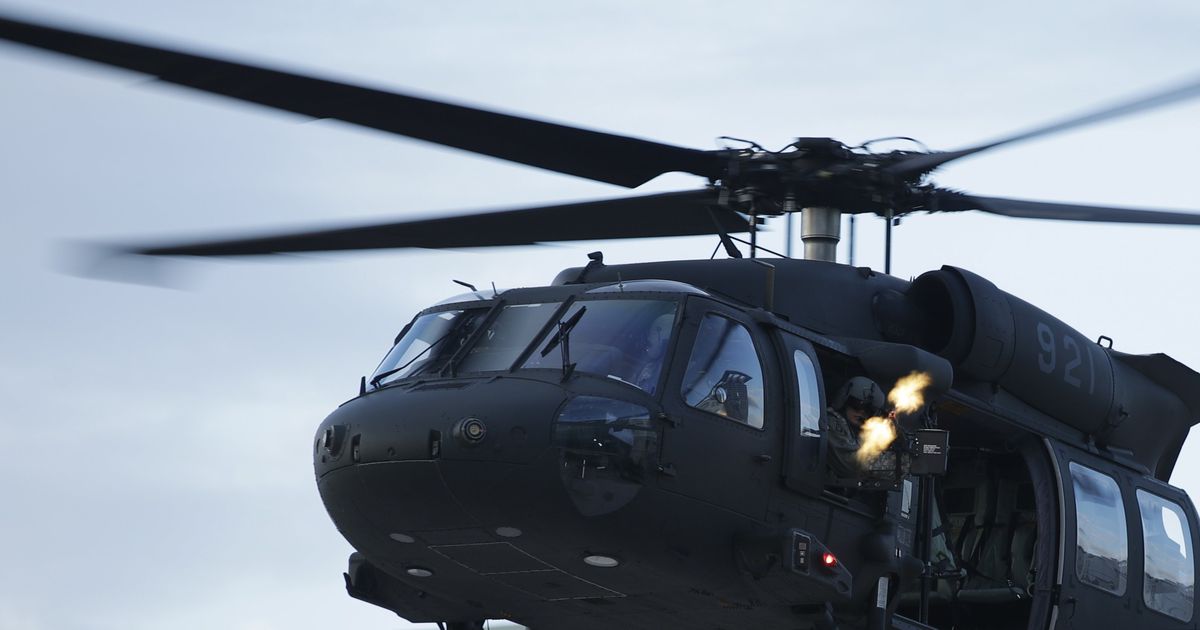 "Replacement of helipads is not only vital for the tasks of the national armed forces, but also for the delivery of civilian functions, the support of society," emphasizes Minister of Defense Raimans Bergmanis.

By concluding an intergovernmental agreement, national armed forces will receive helipads, equipment and installation, training, spare parts and maintenance of pilots, crew members and technical personnel, the presence of the manufacturer's representative in Latvia for the first five years, a complete technical documentation package and program certification. The intention is that the United States will be able to co-finance purchases from US support programs.

Taking into account the range of mid-range helicopters, the UH-60M Black Hawk is recognized as the best fitting helicopter for the military, both civil and military. The ultimate advantage of the Black Hawk UH-60M is its construction and viability, since the Black Hawk helicopters are primarily designed for military use in times of crisis. The operation of these helicopters would ensure compatibility with US troops in the region and enable the continuation of the training of the former military units.

The purchase of the Black Hawk UH-60M helicopter would provide a rapid response capability and the ability to move and support forces in line with the operational challenges of the armed forces. Similarly, the purchase of helicopters would offer the possibility to transport soldiers and equipment in all weather conditions, including emergency situations, medical evacuation, search and rescue operations and other support tasks, including firefighting from the air. The Black Hawk UH-60M helicopter will be equipped to install weapon systems.

It is intended that the first helicopters UH-60M "Black Hawk" National Armed Forces in 2021 would receive and the total contract amount will be about 175 million euros, including VAT.

The long-term support of the government of the United States is crucial for the acquisition of the platform, maintenance and use of equipment. It is significant that the Black Hawk helicopter unit of the American armed forces has been rotated in Lielvarde since 2015, which already forms a solid basis for further cooperation in the operation of these platforms.

It is also intended to work closely with both the US armed forces and the Michigan National Guard helicopter pilots and technicians to train and organize joint tactical training for further maintenance. For these reasons, the conclusion of an intergovernmental agreement on the acquisition of the Black Hawk UH-60M helicopter would best serve to meet the requirements of the National Forces.

Commander of the National Armed Forces Lieutenant General Leonid Kalnins, who paid a working visit to the United States from 11 to 17 August, attended the Grand Ledge Army Air Base in Michigan for the Black Hawk abilities of the US Air Force Helicopter UH-60M, maintenance requirements , to discuss. pilot training opportunities and logistical support.

The UH-60M model, the third aircraft update, was introduced 11 years ago by US forces and now the US forces are gradually moving to use this model. The UH-60M has a more powerful engine, improved seating capacity and helicopter survival capacity compared to the previous helicopter modification of the UH-60L, complete digitization of the cockpit and facilitated flight planning and execution. The UH-60M also has new composite rotor blades and an integrated control system that allows you to monitor the condition of the helicopter.

This is the 25th year since the National Guard of Latvia and Michigan joined the partnership program. The Michigan National Guard has made an important contribution to the development of the Aviation Base of the Air Force, and has helped develop and test ground handling capabilities and training specialists. Meanwhile, the main cooperation between Latvia and the United States in the field of military technical assistance and delivery is within the framework of the Foreign Military Financing Program (FMF), which in 2018 provides more than $ 56 million for various projects.