Ron Howard in Hillbilly Elegy: A Pornography About Poverty

lebanon November 30, 2020 lebanon Comments Off on Ron Howard in Hillbilly Elegy: A Pornography About Poverty 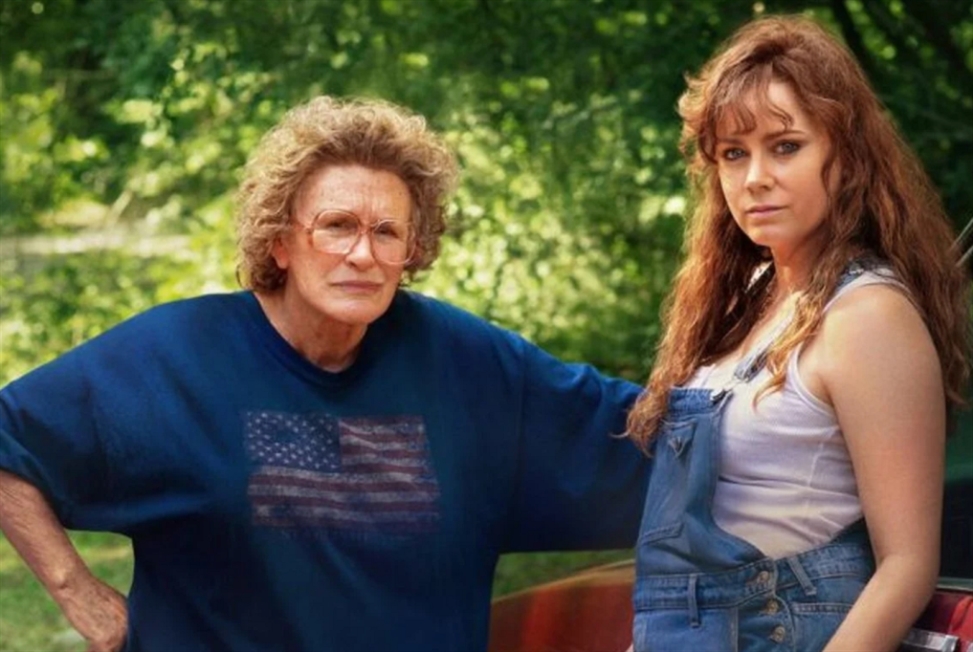 One of the worst movies of the year. What would have been a powerful tape about a troubled family has turned into “poverty pornography.” In two hours, the film has slipped to the lowest level of narrative and visual clichés. An artificial Hollywood process that simply contradicts the desire to present a family whose main authority is the woman and the presence of a man in a role that is no more than a savior of the family balance. “Elegy of Hillbilly” (2020), by American director Ron Howard, tells a story about a family of “retards” in the American heart. The title indicates that since ‘Hillbilly’ is a term (often offensive) given to residents of rural areas in the United States, the use of the name becomes a derogatory formula used by city elites to describe a To describe a person or group as civilized backwardness.

Years ago, JD Vance is the most legible person in the United States, especially to anyone who wants to understand why Donald Trump won the election. Anyone who has followed closely the US elections that took place weeks ago or has observed Donald Trump’s rise as president has certainly heard of what is now often referred to as “ the Trump state. ” Here we refer to the Appalachians (divided into several states in the central / southeastern United States), especially in the rural sectors, which largely support Trump. GD Vance is the son of that region, the son of the working class. Despite economic and social difficulties, he managed to graduate from “Yale University”. In fact, ing. D. He considers himself a Conservative and was inclined to run for Senate for the Republican Party.
Based on a diary written by GD Vance, the film tells two phases: the life of JD (Gabriel Basu) who was born in the more rural part of Kansas and later moved to a small town in Ohio. Much of the story is set in 1997, while still living in Ohio, and the other in early 2010 when the young man became a student at Yale Law School, until family circumstances forced him to return to Ohio. The film aims to reflect the humble people who live in the most deprived areas of the United States. The family consists of Mother Peg (Amy Adams), a drug addict who moves from husband to husband and is unable to keep a job, let alone take care of her children. Grandma Mamao (Glenn Close), strong and mouthful, adds to the chaos in the family, although she always tries to rectify what has been twisted, and two boys are GD And his sister, Lindsey (Hayley Bannett), who do the best she can fight in this climate of violence, aggression and screaming.
Ron Howard is a Hollywood Fox Academy Fox who collected commercial stories and presented them for consumption during the pricing season. He lacks a creative vision, so his films are woven into a certain commercial pattern that does not deserve much praise (“A Beautiful Mind” 2001, “Apollo 13” – 1995 and “The Da Vinci Code” – 2006). His movie “Elegy of Hillbilly” is not the worst of his career. It shows a lot, but is useless: illiteracy, unstructured families, economic misery, violence, work problems, drug addiction. A whole mix of the situations faced by the inhabitants of these areas and also the Vance family has been tried to show the film. But the attempt to present realism ends disproportionately. There is not even a way to interact with the characters because the tone of the film is so light and emotionless. The biggest problem with it is structural. The transmission of the narration between different eras is not harmonious. Rather than enriching the different subplots to connect the stories, we get intermittent work that does not flow freely. And we also wanted to see a movie model of the kind of voters Trump brought to the presidency. But in reality we did not see any political reading that was central to the notes.
An overloaded, graphic melodrama designed to show off its heroes and the rewards it will receive. “Hillbilly elegy” cries out for the awards, but doesn’t justify them, let alone deserve them. A serious and superficial film that does not like or understand its characters. He tries in a special way to be balanced and not too simplified, but there are many cliches that Howard is not trying to escape. We hear phrases like “Down there they are good people, but they have had many problems.” This phrase can go through the book, but becomes more complex when it needs to be visually embodied. The story Ron Howard wanted to tell is more difficult. Turn the memoir into a family melodrama, take it out of the social context and political complexity, and introduce characters who don’t clearly reflect the more damaging aspects of the ultra-conservative ideology. Instead, he told the story of a distinguished boy and a complex and disjointed family who nearly drowned him in the mud, but he survived. The story of a poor prince who suffered from a poor family background and financial hardship, but was delivered from misery by his sharp mind and talent. The film tells the eternal story of the American dream, the message of the pursuit of success in life, even when the environment from which we came does not leave us chances. Despite everything, the family will always be there, it is our blood, our roots and our genes. The film is not about the social problems it raises. It was free from social criticism and the transfer of responsibility to its characters. Mother Bev is not portrayed as a victim, but rather as a failing person who does not fight. Jr. D. The great model of the American dream that conquers and succeeds.
Glenn Close, as Granny is the best in the movie, she gave a character building lesson, which she could portray with her facial expressions and looks even with a lot of makeup. She was sharp and kind, inspiring and powerful. On the contrary, there is Amy Adams, who will not be remembered much in the role of the addicted mother, despite some moments of screaming or screaming for help. Even worse is Gabriel Basu as JD Who lacks the charisma and representational power of a melodramatic story. Even the great Hans Zimmer provided modest music that was only meant to tell us when to cry. Ron Howard presented a film that does not reach the general public, but only for the capitalist elite who will be proud of offering opportunities for the white poor or those who call them “West Thrush”. “Hillbilly elegy” reflects a fictional American dream that most people have lost.