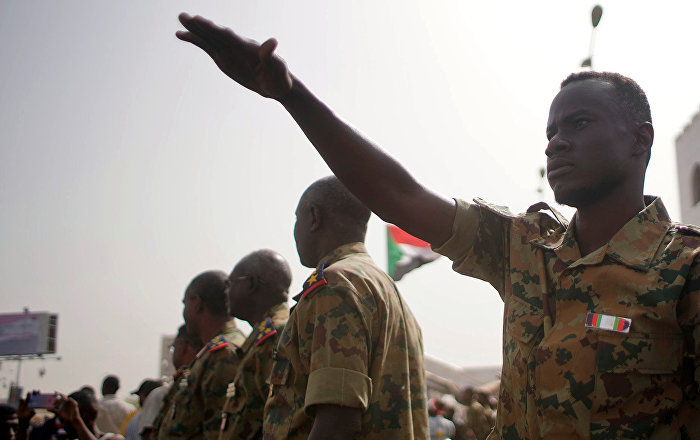 President of the Transitional Military Council of Sudan, Lieutenant General Abdel Fattah El-Borhan, announced the suspension of negotiations with the leaders of the sit-in for 72 hours.

Al-Burhan said the move focused on creating the atmosphere to complete the agreement and called on protesters to remove the barricades outside the perimeter of the sit-in and the opening of the railroad between Khartoum and the rest of the states. remove.

The forces of freedom and change considered suspension of negotiations by the Sudanese military council, a regrettable decision that does not understand the evolution of events.

The armed forces said that the unilateral cessation of negotiations would violate the principle of partnership and "allow for the return to the square of procrastination when transferring power."

The force demanded urgent investigations into the bloody massacre that took place on Monday evening.

A number of demonstrators were wounded by gunfire near the army headquarters in Khartoum.

Dollar is the highest level in a month

Leaked images and specifications of the phone Oppo A9X, and gets a camera with a resolution of 48 megapixels

The environment is present in the "Nucleus" Award 7: Innovative Youth Renaissance