The Economist: The emigration of doctors is a hemorrhage that doubles the “pain” of the Arabs

lebanon November 22, 2020 lebanon Comments Off on The Economist: The emigration of doctors is a hemorrhage that doubles the “pain” of the Arabs 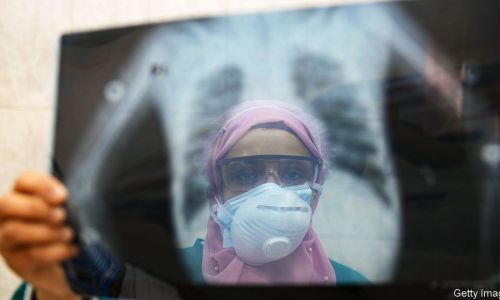 Entitled “Many Arab countries are suffering from a shortage of doctors”. The British magazine “Economist” sheds light on the problem of the shortage of doctors and medical teams, which has been a success in the Arab world, despite annual graduation from thousands of medical schools.

The magazine said, The Middle East is like most of the Northern Hemisphere, and health conditions are deteriorating due to the high incidence of Coronavirus. In Lebanon, for example, which was the destination of wealthy patients because of doctors trained at the best European and American universities, the hospitals of these doctors who prefer to emigrate for money ran out of hospitals.

The magazine added that the Coronavirus is spreading in many Arab countries, prompting many governments to tighten closures as Tunisia has imposed a curfew and halted travel between regions, and other countries are studying similar measures, but the closures provide little relief for doctors who are forced to fight. Virus.

While there is no global standard for a good healthcare system, the World Health Organization proposes a minimum of 45 skilled persons (doctors and nurses) per 10,000 people, and at least nine Arab countries are covered by this standard.

In some cases, according to the magazine, the shortage is hugely blatant, for example in Egypt, for example with fewer than 5 doctors per 10,000 people in 2018, against more than 11 doctors in 2014, and the number of doctors in government hospitals has decreased by a third during that time . Period.

The magazine explained the matter, saying the new doctor in Egypt receives a salary of between 2,000 and 2,500 pounds (128-160 dollars) per month, which is not enough for the poor family who spends about 4,000 pounds a month, a number that has increased since the value of the pound was increased in 2016.

In Tunisia, a medical specialist earns about $ 15,000 per year, the same amount that a month would earn a person doing sports in a prosperous Gulf country.

The magazine pointed out that working conditions may be another reason for doctors to emigrate, as many government hospitals in Arab countries suffer from overcrowding and lack of equipment, in Iraq there are only 13 beds per 10,000 people, compared to 22 in Saudi Arabia and 28 in Turkey, where the system broke down. Iraqi healthcare due to decades of war and sanctions, and successive governments have invested little in rebuilding it.

According to the magazine, Egypt’s constitution, approved in 2014, required the state to spend 3% of its annual GDP on health care, but this issue was ignored and spending in 2018 was only 1.4% of GDP.

According to the British Journal, the Coronavirus has killed about 200 medical workers in Egypt, and hospitals that are underfunded cannot keep up with the rapid population growth, and in the three years since the adoption of the constitution, the number of hospital beds per 10,000 people decreased by 8%. , From 15.6 to 14.3.

The magazine concluded its report by tracking the percentage of physicians who have left their home countries in recent years, saying, “About 400 physicians, or nearly 3% of the total workforce, left Lebanon last year, and the National Council of the Tunisia Medical Syndicate says 40% of its members practice the profession. Outside of their home country, and in Egypt, the figure is closer to 50. Mass immigration has provided wealthy countries with an abundance of doctors, but has left many countries in the Arab world suffering a serious shortage of doctors.