lebanon November 22, 2020 lebanon Comments Off on “The Golden Boy” scores 4 goals in 32 minutes and sets a historic record (video) 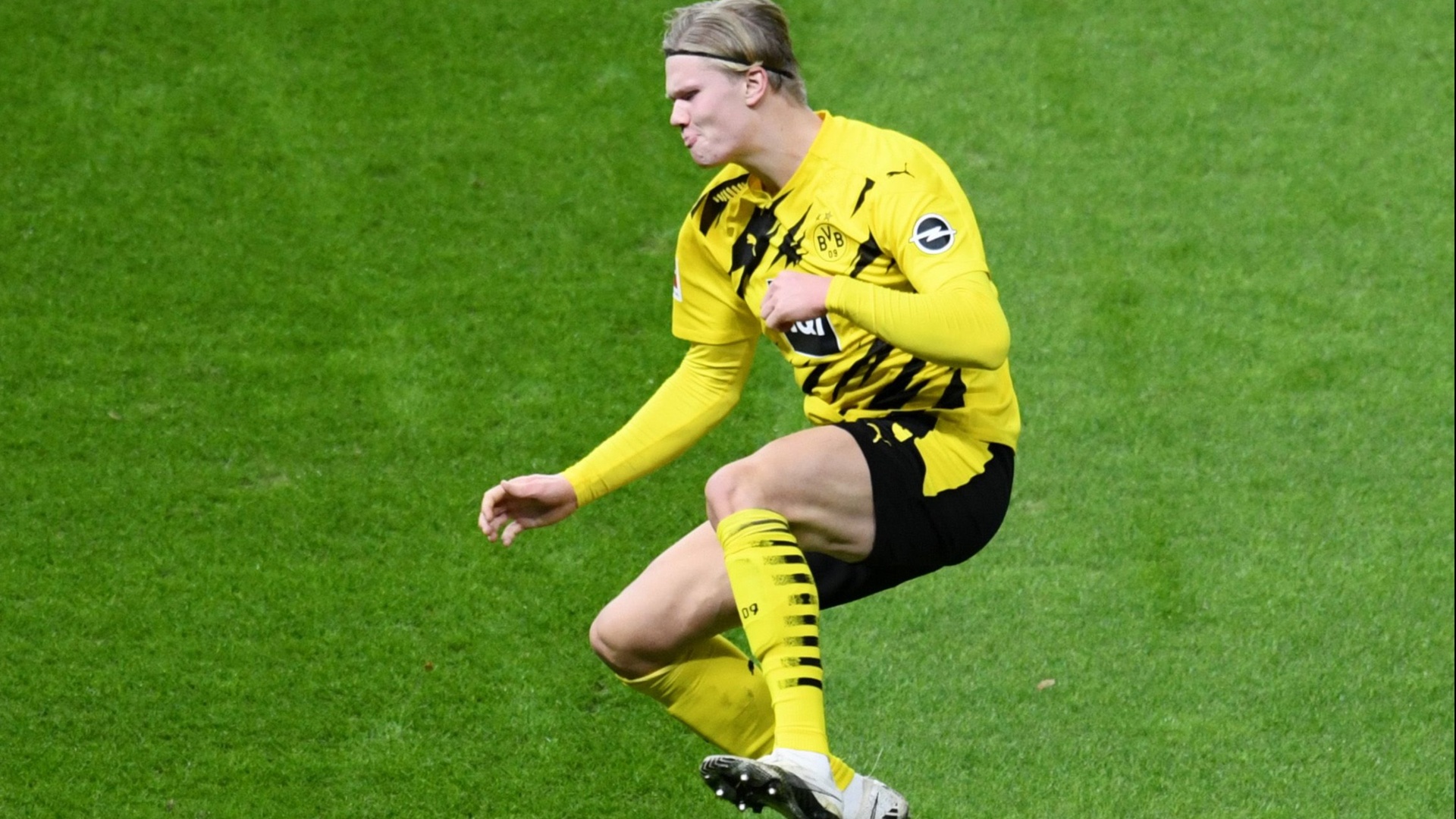 Erling Haaland continued his excellent scoring record, scoring 4 goals that brought his team to Borussia Dortmund to crush Hertha Berlin 5-2 in the eighth round of the German football league.

And Haaland overturned Dortmund with a goal that came in the 33rd minute, confirming that Haaland deserved to win the Golden Boy prize in Europe and the best young talent for 2020, which he won on Saturday, scoring a hat-trick in just 15 minutes.

He scored his third goal in the 62nd minute using a passing error from Herta’s defense, avoiding the goalkeeper and throwing the ball into the net.

Rafael Guerrero added the fourth goal for Dortmund in the 70th minute, after a cross from Haaland.

Herta then returned with a second goal for Matthews in the 79th minute from a penalty kick.

However, Haaland scored his fourth and fifth goal for Dortmund in the 79th minute.

Haaland managed to score an important number in the “Bundesliga” where, according to the “Sat Foot” account, he became the first player in the history of the league to score 23 goals in the first 22 games in which he first appeared halfway through last season from Salzburg, Austria.

Dortmund increased its score to 18 points in second place, approached Bayern Munich by 19 points and was previously tied with Werder Bremen.