Why has Hariri delayed the formation of the government? .. “Nobody forces me to talk to Basil!”

lebanon November 30, 2020 lebanon Comments Off on Why has Hariri delayed the formation of the government? .. “Nobody forces me to talk to Basil!” 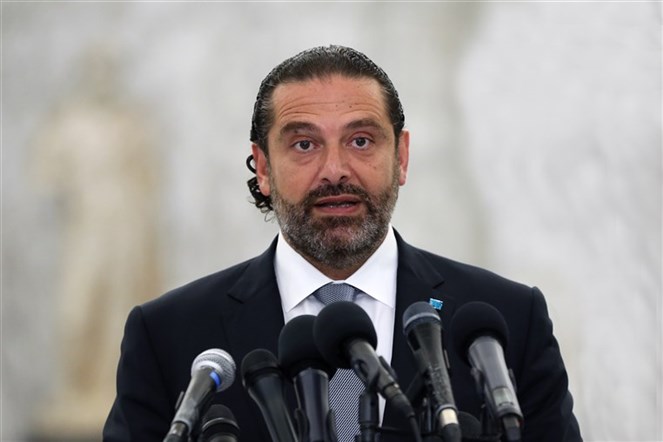 News: Prime Minister-candidate Saad Hariri does not care about Lebanon’s exposed political, security and financial situation in all scenarios. He slows down his mission, abandons government formation, and places obstacles before himself and others. Does Hariri want to delay the birth of the government until next year, bet on a new policy in the administration of US President-elect Joe Biden?

In Beirut, doubts are growing about the possibility of the birth of the government that Prime Minister Saad Hariri had to form, in a short or even long time. There are growing questions in her mind as to whether the decade she is going through is caused by purely internal factors related to the quarrel between Hariri on the one hand and the President of the Republic General Michel Aoun and Representative Gebran Bassil on the other, or whether it is related with regional and international transformations whose results were not clear after the US elections in Aden.

And since it no longer matters which answer caused the government’s deliberations to go into a coma, and whether it was deliberately introduced by the parties involved or not, there is one constant that can no longer be denied, and that is that the country trapped between a government that cannot bear heavy burdens and a deferred government that is governed by waiting for what is beyond the oceans, without regard to the disintegration of the state structure in all its seams: security, politics, economy, money and cash.

Despite the impression that the failure to form the government after more than a month of allocation is due to the insistence of each party on its demands and conditions, the greater responsibility undoubtedly rests with Hariri, who clings to the allocation document in his pocket. while waiting for US President Joe Biden to enter the White House, bet on appointments. New to the region and the world, redrawing influence.

The past few days have brought nothing new regarding the government. Last week’s calendar was full of discussions on sensitive issues, from the electoral law to Aoun’s message in Parliament about criminal investigations. However, this has nothing to do with the fact that the prime minister-candidate has not resumed his contacts, nor recorded any visit to him at Baabda Palace. All Hariri does, according to Ma’an, is “complain” about basil.

Sources familiar with the government file say a number of parties had advised Hariri in recent times to re-communicate with Aoun and Bassil to form the government, but he used to reply with one sentence “Nobody forces me to talk to Basil!” The same sources believe that there is another issue behind Hariri’s behavior, who is now armed with this argument, especially that talking to the head of the ‘strong Lebanon’ bloc is no longer the obstacle, after French envoy Patrick Durrell took care of it during his recent visit to Lebanon. Moreover, the names of the Christian pastors and the distribution of wallets in the Christian class are the last decade mentioned.

According to these sources, it is difficult to isolate Hariri’s actions from the regional-international climate around Lebanon at the time of the intensification of the confrontation, but they tend to link them more to considerations he has related to his evidence of it. policy of the new US administration.

Hariri was inconsistent from the start. He thought he could ignore Basil, as long as he had “knitted” it with Hezbollah and the Amal movement, believing they were by his side just because he accepted them being called Shia ministers. Then Hariri played on the Baabda line, an appeal to the constitution, to sew a squad in which Aoun would participate alone, noting that he was not “milk pure with him”. At first he suggested he was open and would accept whatever the president of the republic wanted, including ministries and names, then he turned back and turned against him, on the pretext that he was full of stock from other Christian parties, until things between them reached their limits, at the last famous meeting at which Aoun was very upset. Hariri and Walid Jumblatt sold promises of two bags (Health and Social Welfare) and backed down, prompting Jumblatt to toss a few high-ceilinged tweets.

And so on, Hariri started tossing papers and pulling them on the table with balances and quotas as his attempts to delay writing until the New Year began to unfold.

Here, the Department of Analytics resources expanded to Paris, as it was thought Hariri and the French together prefer to freeze authorship until Biden receives the delivery, which is expected to make new arrangements with the Europeans and the Gulf states, which could make the formation of the government easier and more beneficial. . “

On the other hand, sources close to Hariri commented that “the only reason for the delay in writing is that Aoun and Bassil are still pretending the country is okay as nothing has changed in their performance.”

The sources claim that the government “will be born the moment Aoun and Bassil give up their terms”.

And while it is still certain that Hariri will not apologize, as pointed out by a member of the political bureau in the Future Movement, former MP Mustafa Alloush, Baabda Palace sources pointed out that “the prime minister-candidate was only asking for a Date asked at Aoun, “in response to information that there was talk of a visit that will take place today, stating that” usually the appointment is requested on the same day. “