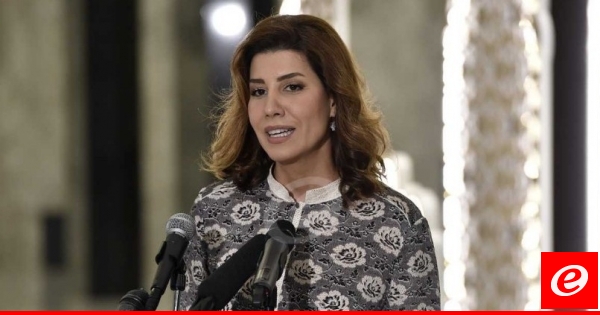 The National Alliance criticized the letter of Captain Sayadi's captain, the port of Doura, to MP Paula Yacoubian, on behalf of representatives of various authorities who ate fish in the area to ensure that the landfill sites that besieged the fishing port did not pollute seawater had. .

The coalition said in a statement that "Yaqoubian is leading a scientific and technical campaign of national conscience and is backed by its" national "alliance for a clean environment and clean sea, contaminated by expanding landfills and the Holocaust project, which pollutes the pollution the air will increase The capital and its surroundings, which have been poisoned by thousands of generators already deployed in the capital. & # 39;

He pointed out that a "national" coalition, not surprised by the actions of the Authority's delegates because they always show their own interests to the interests of the population and the environment, condemns this policy, stressed that "he was opposed the MP Yacoubian against all forms of threat to which it is exposed, and will continue to stick to MP Yacoubian more than ever in addressing the policy of extending landfills and preventing the implementation of the Holocaust deal, and will not pass.

He stressed that "the scientific solution, the economic and non-polluting environment for the issue of waste, lies in the sorting of the source, the recovery of organic waste and the recycling of solid waste."