Are the warnings from the Litani department sufficient to fill the river or are penalties necessary? 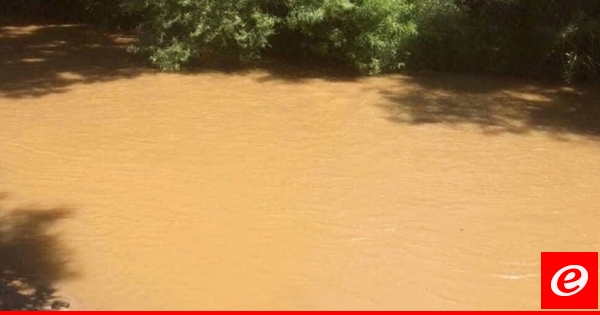 The National Authority of the Litani River has recently issued written and personal warnings to those who pollute the river by draining seawater to this city. Three municipalities are named by name: Qulaia, Suhmur and Yohmer in the Bekaa. It is a daring step on a thousand miles, because the plan requires punitive action against anyone who has polluted the river, whether it be sewage, medical waste or refuse from slaughterhouses and tannery and other pollutants, to be a lesson to others to ban the attack on vital artery and public supply, The homeland was a source of good for the residents on both sides.

Pollution of the Litani was the main concern of all political forces and the national interest, with the aim of protecting them as much as possible, and organized guided tours by experts from the Authority, which showed that the sewer water flows in the eyes of Zarqa in the Bekaa and in the river from Qulaia, who live in Qab Elias and Bar Elias, contribute to the pollution by dumping their waste in the Ghazil River, a tributary of the side arms of Litani and in the lake of Qaraoun.The authority also gave a warning and informed them about the people in the neighboring cities.

In this context, a member of the Yohmor Abdullah Ismail Council said in an interview with the Bulletin & # 39; that under the leadership of the mayor organized a workshop to clean up the riverbank, the rubble and the thorns were removed and the land was cut under trees to let the people sit in their shade and enjoy their holidays. on the state, which has allocated 880 billion pounds to the Litani River, to start the establishment of refineries and to take deterrent measures for polluters.

For his part, the environmental activist in Zawtar al-Sharqiya Hussein Suwaidan that organized the community and the people for a long day by removing debris, stones, dust and dirt in the riverbed near the city, to protect and prevent the attack, but point out that pollution starts from the top of the river of Qaraoun and surrounding cities, making the water dark red, which must be put off by all means and means to save the Litani from pollution.

In turn, a member of the block, "Loyalty to the Resistance", MP Nawawi al-Mousawi, described the step of the head of the Litani authority Sami Alawi, "fat", after the unveiling of the names of those who River factories, laboratories and municipalities pollute, but they pointed out that it is not enough, as the government institutions must move, pointing out that the House of Representatives allocated funds to all departments involved, and therefore must move: "In this context we called for a urgent step to set up networks and sewage treatment plants, at least in the first phase, in the cities with views Over the Litani River. & # 39;

At the same level, a member of the same block MEP Ali Fayyad that the Ministry of Industry will send a delegation to the factories to know who still throws trash into the river, noting that "some areas in the Bekaa and some hospitals have their medical resources in the river must waste, "The problem of pollution is 60 years old and can not be tackled day by day," he said and stressed that "Disadvantaged communities close to the river are one of the biggest problems of the river the El Litani ".

In the same context, the source of my southern country, by the bulletin, that the owners of parks and toilets and tents built on the side of the river have attacked holiness, noting that many of them have no sanitary holes, but direct sewers to the river, which increases the share of pollution, So the warnings they received from the southern region of the regional security forces to resolve their situation and eliminate the abuses, and after their objections the security services were given a new period to deal with the irregularities. to delete.