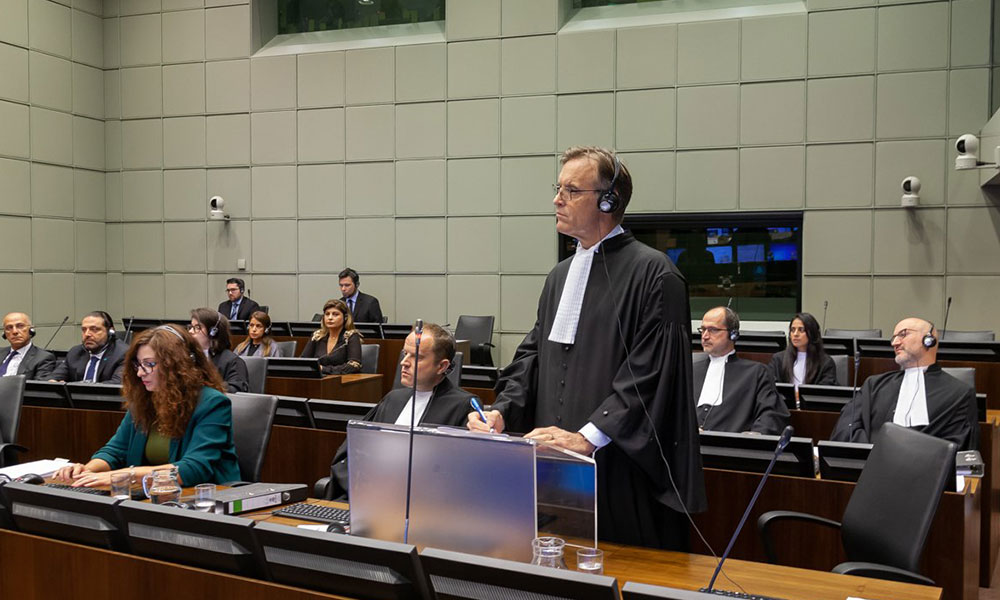 Qasem Khalifa wrote in "The Future":

The gruesome crime of Prime Minister Rafic Hariri, his colleagues and all of Lebanon, and the highly professional and vulgar terrorist, is revealed day after day against the background of the public final arguments of the prosecution in the court of the Special Tribunal for Lebanon in The Hague. Prosecutors have relocated to prove the indirect evidence of the subject of communication to the stage of credibility and legal force and have managed to link the political and security situation that prevailed before February 14 with the criminal preparation of the assassination, which actually took place on October 21, 2004 was launched, Hariri, who said in a statement that he had made his famous statement, which unfortunately was reached a few months later: "God has entrusted this beloved country Lebanon and its good people."

According to what the representatives said yesterday, after it is proven that the suspects belong to Hezbollah, in particular through Mustafa Badruddin, through whom the Prosecution described the "main conspirator" against the background of information Intelligence and intelligence, obtained through the meeting of Prime Minister Hariri with Sayyed Hassan Nasrallah, the movement and forensic monitoring of the control group are linked to a pyramid led by the leader of the murder team Badr al-Din, as the prosecutor also called.He is assisted by the coordinator of the murder unit, Salim Ayyash, And I'm patient with patience Accused of kidnapping Ahmed Abu Adass (the alleged suicide bomber).

The prosecutor revealed that the first monitoring operation was followed by the prosecutor on October 22, 2004 and that the contacts were substantially activated from December 21, the date of the meeting between Hariri and Nasrallah, where the prosecutor revealed the Koraytem to the southern suburb. showed that it was active near the meeting place in the suburb. Between the network of murder telephones and conference phones, which was exclusively taught by Mustafa Nasser and a small number of people and attended by Hussein Khalil (Nasallah's political assistant), he was contacted at the meeting and Ayash, meaning that the defendants had information about information received that before the meeting.

The public prosecutor emphasized the work of Ayyash's unit since Hariri's resignation to the execution of the crime. He pointed out that the surveillance activities had been in operation since December 2004. The leadership roles were divided into an organized and considered hierarchy in Badr al-Din, Ayyash and Mara & # 39; i using telephones, the Green Network. The murder was the responsibility of the red and blue networks, and the members of the ultraviolet network meant misinformation and deception of public opinion and incitement to political and regional parties.

On Friday, the court was more prominent than the plaintiff's claim to re-paste the tape on February 14, supported by precise techniques and graphs, which the court accurately described and substantiated the testimony of the vehicle journey of the Mitsubishi truck and the coordinates for their operation via the cell monitoring networks of the murder group The convoy of Hariri and the explosive truck to control its movement until the moment of the crime, as well as the use of visual techniques to move the control groups through communication in the context of their telephone networks.