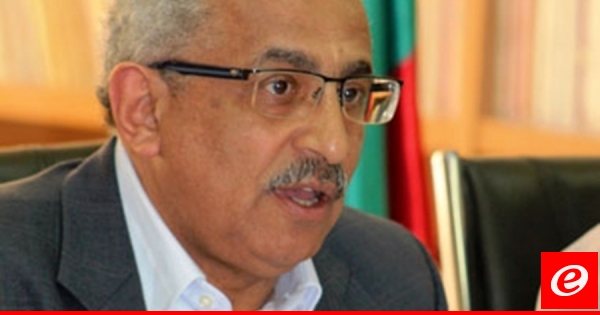 Then Saad went to the Eid prayer that her mother, Judge Sheikh Ahmad Al-Zein, performed. And then Ayed Saad believers in the mosque and left for the old alleys of Sidon and to the old cemetery.

Then Saad marched a popular march to the cemetery of the Shiite community, where he read the Koran. Then went to Martyrs Square and read the light of the souls of the martyrs of the Israeli invasion in 1982.

He also visited the grave of Mustafa Saad on the new Sidon cemetery and the sanctuaries of the rest of the militants.

On the other side Saad visited Dar Iftaa in Sidon, where he congratulated the Mufti of Sidon and her sheikh Sheikh Salim Sousan.

Saad had congratulated the Lebanese, Arabs and Muslims in all countries.

Saad expressed "his desire for the rescue of the Lebanese population from crises and sufferings in all areas, and that the Palestinian people will achieve basic steps on the path of liberation and return, and that the peoples of the Arab nation will be able to to accept challenges and risks they face. "