Sources in the Middle East: Hariri's proposal, which could solve the formation crisis, includes a Geagea initiative 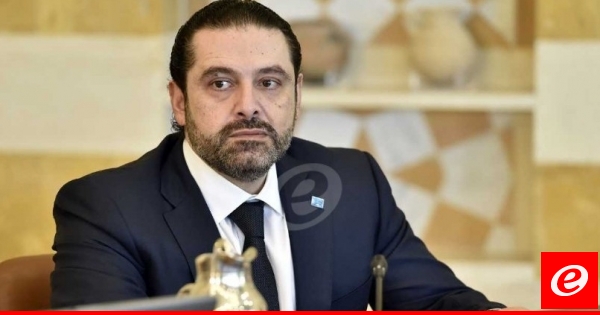 A new proposal from the head of the transitional government responsible for the formation of the government, Saad Hariri, will be presented to President Michel Aoun, who is supposed to be a way out of the crisis of forming the government, if he receive a response. From the other side. "

She pointed out that "the proposal is a positive step or initiative by the President of the Lebanese armed forces party, Samir Geagea, to remove the" troops "from the function of Deputy Prime Minister and the Ministry of sovereign authorities, in exchange for the reception of four portfolios and one balance, "explaining that" This proposal coincides with the positive efforts of parliamentary speaker Nabih Berri with the head of progressive socialist party MP Walid Jumblatt, who could lead to a solution to the Droze gap.

The sources pointed out that "the existence of a new approach is now under discussion, the acceptance of Jumblatt's two Druze party ministers, and a third Druze figure, close to him and the minister of displaced persons in the interim government, Talal Arslan. with a land guarantee, "indicates that" this formula is the best possible The way to solve the Christian and Druze decades, but it depends on the extent of the response from the President and his team. & # 39;

"This is a big step," he said. "This is a step that translates into the sharpness of the forces and the socialists to facilitate the task of the proposed prime minister and to release the government because the economic situation is no longer likely to waste time."