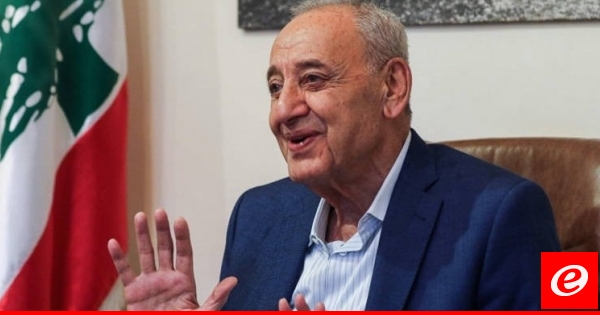 The train to the next government seems to have not yet been put on track and it seems like it takes days or weeks to get out of the vortex where he sank. Although the local focus is on only two people in terms of powers (ie, the president and the prime minister), the other players have a certain freedom, especially those who have not performed the train of general terms and conditions.

In this connection, the Speaker Nabih Berri appears from time to time, leaving no room for warning against the consequences of continuing to postpone the formation and damage to the country. He also receives activists and politicians in what suggests a move to write. ease. Berri seems to be the biggest winner of the current government crisis, from a constitutional point of view he is not interested in formation and he is far from the conflicts in this context. He is based on many factors to consolidate his political position, of which perhaps the most prominent is:

– Not to stress it in connection with the postponement of the formation, since the issue is limited between the President of the Republic and the Prime Minister, and far removed from the dispute about what some "struggle for power" awarded to the author to mention. The relationship with President Michel Aoun is better than ever, and has returned to normal with the Free Patriotic Movement, and he has also maintained the network of relationships he has woven with other parties from the "The Future Movement, the Progressive Socialist Party and others, while the contacts with the Lebanese armed forces increased.This network distinguishes Berri as a "link" that was missing between all parties and brought him (after the differences that had existed with other teams) back to the image of "rounded corners ".

– The agreement between the Amal movement and Hezbollah encouraged Berri to dispel the disagreements regarding quotas and their division into the government file, and strengthened Berri's ability to speak more freely and from a non-beneficiary site from talking about quotas and others. The share of the Shiites (specifically "Amal") is reserved and not disputed. This makes Berri better able to talk to the various parties without any "upsets" or concerns from them about the removal of parts of their shares in their favor, an important point of force in any conversation or negotiation.

– He pointed out what the speaker of the House of Representatives had issued when prime minister Saad Hariri gave shape to President Aoun, where he denied knowledge of everything related to this formation, suggesting that he "washed his hands" before the promotion of the extinguishing engines, do not see the light. Some saw this message as a message that a group that does not pass through Ain al-Tinah or is satisfied will not survive for long.

The impact of the government crisis is positively reflected in the Lower House because it is completely absent from the "stagnation" that prevails in the Council after the parliamentary elections, despite the almost daily statements by the President of the Council about his insistence on a plenary session linked to the end of the joint parliamentary committees of the laws that it studies. Barri's remarks undoubtedly prevent him from addressing the House of Representatives, keeping him from all charges for not exercising his duties, or even opening the legal debate about his ability to legislate or not to current situation.

According to all of the above, Berri is the winner of the government crisis, and he is known for his long experience in political work, how he can benefit from everything that happens to improve his image and position among the Lebanese.