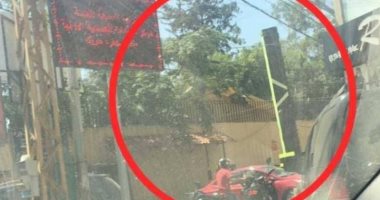 The terrorist organization, according to the confessions of the oppressed on his Facebook page, held his opponents under torture and humiliation, whereby the prisoner was subjected to the worst forms of beatings and torture

The son of the deceased leader of the party said he was held for one year in one of the prisons in which he was subjected to the worst forms of torture and humiliation. Detention is located in the residential areas of the southern suburb of Beirut.

<img alt = "Access to Hezbollah's secret prison" src = "https://img.youm7.com/ArticleImgs/2018/8/19/851708- Entrance – prison – secret – of the festival -Allah PNG "style =" height: 291px; width: 550px; "1965/1965] The head of the terrorist party said:" The party has a number of prisons controlled by the preventive and security units, and in which some of the offenders are locked in. Of the organizers in his ranks, or some Lebanese and foreigners who arrest or abduct them on various accusations. "