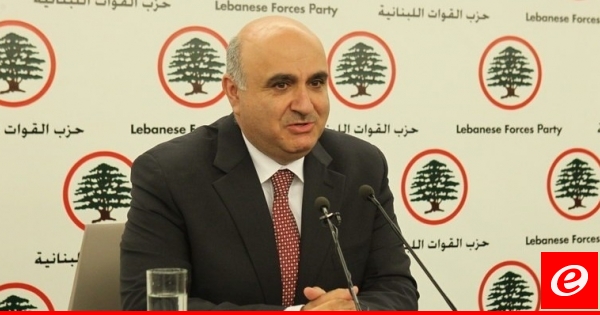 The Jibril Center on the Lebanese armed forces, the anniversary of the martyrs of the city of Qartba in the Lebanese war, revived the Holy Mass in the monastery of St. Sarkis and Bacchus Karta, chaired by the Abbot Father Ignatius Dagher.

After Mass, Shawki Dakash, representative of party leader Samir Geagea, gave a speech in which he said: "September is the month of commemoration and the month of the martyrs and heroes, the martyr of the powerful republic, President Sheikh Bashir Gemayel, we remember our martyrs not only because they sacrificed their lives For our sake, and for the sake of a free and independent Lebanon, we remind them that we stand on the promise and promise of the land of Qartaba, which is the pride and courage of the heroes of this country, and we greet them, including my comrades Emile Shalita, Pierre Charvan, Pierre Beini and Antoine Lahoud.Standing to all the ingredients of the powerful republic he quoted N for which the dream of the martyrs, a strong republic that the Constitution and respects even where all Lebanese under the roof of the law, and the team on the second, where intimidating location and not an internal or external authority, and not a downright Timing Badilath or his weapon. "

"A strong republic tries the corrupt, the thief and the aggressor against public money, a republic whose public administrations serve the people and facilitate their transactions, not as is the case in some departments, a strong republic, its ministries, and the ministers of the armed forces facilitate the affairs of the people and apply the law and organize the administration and stop all wastage All the facilities we offer there insist that the armed forces are not represented in the government, because our presence the shortcomings of others reveals and they do not want to view and control their accounts from the inside, and are opposed to waste, nepotism and corruption.

He added: "We will not retire in our fight against corruption, because people are especially tired of the economic situation, and instead of seeing some political forces working together to solve the problems of people who are looking for a way to marginalize the forces and thereby marginalize the will of the people who elected us We are not loyal to the good people who put their trust in us, to claim their rights and defend them. "