There is no substitute for Hariri to form the government 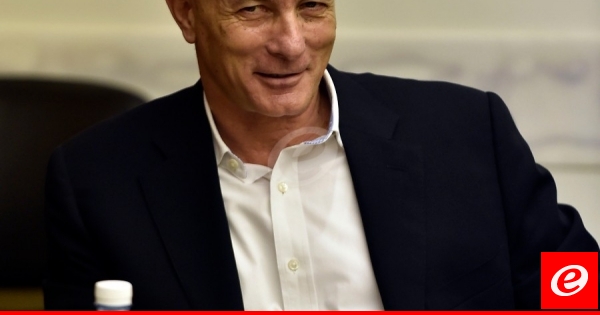 A member of the block "Strong Lebanon", Member of Parliament Shamil Roquez, that "in Lebanon there is a crisis system because the existing system is a system of sectarian quotas", noting that "people are the institutions of the state or policy makers do not trust and there is a defect in "We want a government to be formed as soon as possible to help the country move forward, and after the formation there will be a problem with the ministerial statement," Roquez said in an interview on television .

Rox said that "the relationship with Syria is there and that there is an exchange of ambassadors between the two countries", adding that "the words of Prime Minister Saad Hariri about the relationship that Syria had at a time no one had asked him to Syria. visit." "According to the size of the government, the quota and the basis are in the norms and specifications," Roque said.

Rox said that "the strength of the President of the Republic is always a guarantee for all people and the country and has proved that we can not, despite the continuing pressure on the covenant, undergo various crises," emphasizes that "the share of the president in the government differs from the proportion of free patriotic movement and all quotas "Depending on the size of the next government and according to the results of the parliamentary elections and it is important that the government is a government of national unit based on honesty and expertise and a shift and a positive shock to the country and public opinion, "emphasizing that" there is no alternative for Prime Minister-appointed Saad Hariri to form the government is under pressure and conditions Inside and outside Of. "