Why a monopoly on sectarian representation and exclusive? 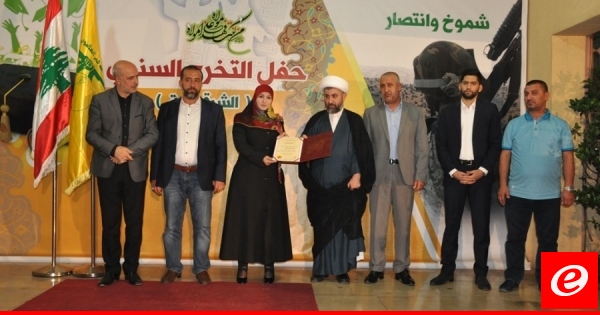 A member of the block of "loyalty to the resistance" MP Anwar Juma during the sponsoring of the party organized by the educational mobilization in the "Party of God" in the city of East in honor of the students of the city successful and excellent in university diplomas & # 39; s and official and professional, in the courtyard of the Mahdi School – "I am surprised by the prevailing opinion of today, that 100 days after the appointment of Saad Hariri to form a government and even today there is no government formed, and everyone says that the knot is not with us, maybe the knot with the Taliban, but if everyone expresses its concern about the country and its stability, sovereignty and freedom, while some act contrary to what he speaks, E, where the government has 100 days of delay and has no problem, and explains the justification for it, "there are governments that stayed for 6 months until it was formed," but it is not normal to make it and 100 days without government, and then the legislation of necessity and others and his need to discuss, The country is completely silent, the house stagnates, there are not many jobs, and the regional situation is unstable, while some wait in Lebanon on "our chance to prove our right." And here, we say, is this opportunity at the expense of the homeland? The first is who thinks the homeland is important, since Prime Minister Hariri's mandate to form a government, we declared our position as "Hezbollah", as well as the elections We have formed our rules from the beginning, we have watched the rest and about the question of forming the government, we did not declare our request to six ministers more modestly as a Shia Shiite, but we still await the saying of some "that node does not have, The other states that he wants to assert his rights or what some say this is our chance and we will not retreat, and some also blow his reluctance to compensate for his loss in the results of parliamentary elections.

"What is the problem if you are represented by the government and the other party that has won a number of deputies in the parliamentary elections and is also a representative of the government?" He said. The government, why a monopoly on sectarian representation, and why limit it to one party and one party and one stream, "noting that" the interests of the country must be greater than the narrow party interests, and here I call everyone to the need to form a government as soon as possible, Citizen for many services, projects and est Decision ".