Will inevitably retreat .. No, will not retreat! 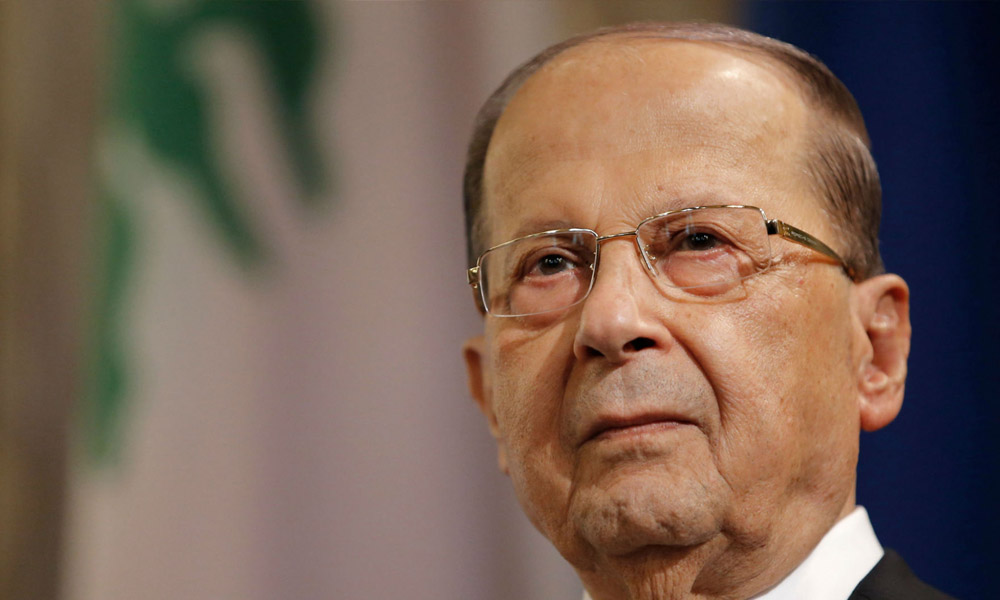 With the alignment of the two sides of the government complex, there is a bet on some political levels that President Michel Aoun will fall back on the line of authoritarianism and will accept the design presented by President-appointed Saad Hariri as it is, or the like.

When it came to a figure with close ties to President Aoun and the Free Patriotic Movement, she replied: "It seems that these people do not know the man, if they seriously gamble the withdrawal of Aoun, it means that those who are insistence are still in the first degrees of politics ».

This character supports her words with a novel that she puts on the drawing of those who said they did not know anything and the story tells the following:

«In the time of the presidential vacuum, General Michel Aoun gave a categorical slogan:" Whether I am president of the republic or not a president ". This slogan is ruled by the country for two and a half years until the condition is fulfilled: "I am the President of the Republic".

"At that time many thought that Aoun's arrival at Baabda Palace was the seventh of the impossible, and eventually the man would be forgiven, he would accept the status quo and be convinced that his path was stuck." At that time many people also thought aloud. , to seriously go to option B, by choosing a second person for the position of the first presidency.

«Thinking of option« B », not limited to those outside the house are Awni or orange, but have participated in some of those who are in this house, but without leaking what has happened outside this house. … An important incident happened and was buried in the moment, after the long presidential vacuum, and intensified, the conviction in the country that General Aoun's hopes had been absent in the ascent to the presidential palace. Many people thought about how they could persuade Aoun to withdraw and withdraw. There are "friends" who have found the solution, that the proposal on Aoun, a satisfying solution for him, is the choice of a person who would like the presidency of the Republic ".

"The interesting thing is, according to the novel, that none of these friends dared to pursue the idea of ​​Aoun. But there is no doubt that, at the height of the presidential vacuum, a group in the "near ocean" is beginning to recognize that "the time has passed too long and that it is necessary to provide a solution and an outlet for this find a crisis. " In this context, one of the "closest employees" took a step that was not expected at all and that was considered a very qualitative step. At one of the very special sessions he started a daring proposal for Aoun, which means that we are going to think about option B because we do not get out of the presidential fight. As a precaution we now start to prepare a personal picture. If we do not agree With the option "A", that is to say, the election of General Aoun as president of the republic, this personality will be ready.

"This idea was a surprise for Aoun, and he even refused to discuss the origin of the idea, he just heard it coming into his place and went to the owner of the idea with a very serious word:" This is what you say that I do not want to hear from you. "He was told what to do when he answered in a decisive and determined tone:" I am a president or not a president. "

What happened during that very special meeting was at that time the closest ally of General Aoun, Hezbollah, who led the general struggle to the final range. The party was sleeping about this information, but it was confirmed for the purpose of the general. "Hezbollah's secretary, Sheikh Naim Qassem, said at a party ceremony in which he said what his craftsmanship was, Michel Aoun as president of the republic, or indefinite emptiness."

The author of this novel, the comic series, presented on the author's line, deliberately circulated in the same episode since the beginning of the author's discussion and tries to play an old game on the government line, a game that has been lost in advance. Gambling that Aoun will not be able to continue his stance towards the dams and decided to play with the President of the Republic the time-constraint, and that the later time will feel that the greatest damage to the alliance is squeezed and ultimately inevitable will retire, What they want.

Based on our knowledge of the President of the Republic and his way of thinking, and based on certain information we have, the author says, there is no place to retreat, the struggle of the presidency was the hardest battles that he fought and did not retreat, despite the broad front interception at his arrival in the presidency, The line of authorship is barely measured in the face of the previous fight, and therefore any thought that can be withdrawn and succumbs to the formulas it rejects, mere fantasies and illusions. The struggle for authorship was and still is, under the sole title of satisfaction with the Lebanese armed forces, the deliberate or unintentional giving of the title "forces" the veto power and the ability to dictate the circumstances it sees. In his last draft, he granted the President of the Republic a concession for the "forces" of a portfolio of his share, this initiative may be acceptable to the President of the Republic, but he rejected it immediately after being submitted to him for its imbalance.

According to the author, apart from Aoun's character and his stubbornness in the base stations, there is a clear conflict between the armed forces and the free patriotic movement, this conflict is at stake, but the essence is the future. That is why the parties play all their cards, which both want to destroy the others, and cut the way to not reach the position of leadership in the Christian street. Certainly, the President of the Republic adopts the vision of the flow to the other, to the extent that it can be assumed that General Aoun has reached its goal and has become president of the republic, and it is natural to consider that the others be hacked, it is in the interest of the covenant to accelerate the government, We believe that in the light of the current crisis, if the president is willing to form a government for the benefit of the covenant, and that the current position over the "armed forces" will prevail, he will choose the second.