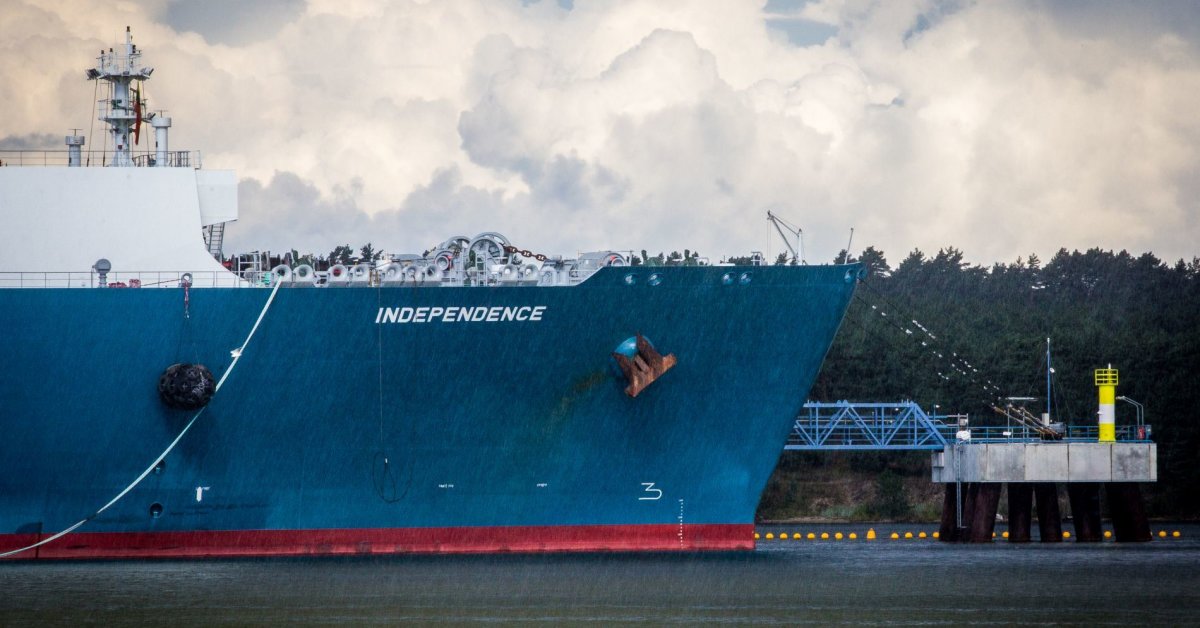 "We can not measure the redemption without seeing the image of the entire gas infrastructure, for example, it is not known what will happen after 2024 when the lease period for the ship storage expires, the costs of managing the LNG terminal and the collection of the tax (…) what the demand for gas will be in Lithuania. (…) Therefore, we are not really considering the possibility to participate at the moment in the repayment of the LNG terminal, "said L. Sabaliauskas.

According to L. Sabaliauskas, the levy on the LNG terminal currently being collected is too high. According to Lietuvos žinių, Achema suggests, inter alia, that the terminal operator, Klaipėdos nafta investment return (profit) and depreciation costs of the company should not be included in the compensation for the LNG terminal.

The government and Achema Group have met at least four times this summer to discuss the cost of maintaining the terminal. The last meeting took place on Thursday 30 August.

Minister of Energy Žygimantas Vaičiūnas then stated that the main message of the meeting with the Prime Minister was that the government and Achema value the terminal's repayment as an opportunity to significantly reduce maintenance costs and to ensure long-term security of supply.

"We are going through a compromise, we have talked a lot about solutions for terminal repayments.As a positive factor, I believe we also appreciate the possibility of exchanging the terminal, both by guaranteeing the safety of long-distance access and by maintaining the maintenance costs of the terminal. I think our positions are completely coinciding, "said Ž.Vaičiūnas after the Prime Minister and the three ministers met with representatives of the" Achemos grupė "journalists.

According to him, other ways have been discussed to reduce the security of the terminal, reducing the maintenance costs from next year for all users, including Achema. These costs can be halved.

According to Ž.Vaičiūnas, in order to reduce the maintenance costs of the terminal, a role will be played both for its operator "Klaipėdos naftai" and for the "Litgas" which fulfills the designated LNG supplier function.

According to Gintaras Balčiūnas, deputy chairman of the Council of Achema Group, after the meeting, the care would positively assess the cost reduction, but according to him there are other outstanding issues.

"If that really happens, we will certainly be evaluated positively, although our principal position, as you know, is litigious LNG disputes about the PSO (Public Interest Services (BNS) Fair.) Of course we would like to deal with these disputes, we want our state to support its activities or at least not to be bothered by working with a number of artificial restrictions … We expect an objective, public dialogue with the government ", – said G.Balčiūnas after the meeting.

Asked about how evaluating decisions on the repayment of the LNG terminal for independence, G.Balčiūnas stated that this issue is not discussed in detail with the government.

"Achemos grupė" is shareholder of the LNG terminal manager Klaipedos Nafta – it has about 10 percent. company shares.

At the beginning of June, Achema announced, while maintaining high prices for gas, and low prices for second-hand goods, a production reduction and stopped part of his equipment. According to G. Balčiūnas, the situation of the company remains difficult.

The Government Economic Infrastructure Development Commission decided in August that after 2024 the state of Hoegh LNG will buy back the Independence Ship from the LNG terminal in Klaipeda. If the decision is supported by the government and the Seimas, the maintenance costs of the terminal could be extended in the long term and the burden on the consumer would be eased.