One of those inspiration was W.O. Bentley – the name of his car has long been considered a benchmark for GT quality. Bentley has an excellent combination of luxury and performance. It is not surprising that the Grand Touring class has dominated this manufacturer for almost a hundred years. With the development of the first Bentley 3-liter and the latest Continental GT, the manufacturer followed the same principle, "says Evelina Avina, sales manager at Bentley in Lithuania.

The title is a coded idea

The alias in the XVII-XVIII century Grand Tour travel to continental Europe is coded with the first Bentley model, the 3-liter. The name is not used in the United Kingdom, but the unit of metric measurement system is liter. This system of the 20th century. At the beginning of the year it was the most popular in all continental Europe, and so W.O. Bentley's ability to travel outside of Britain. 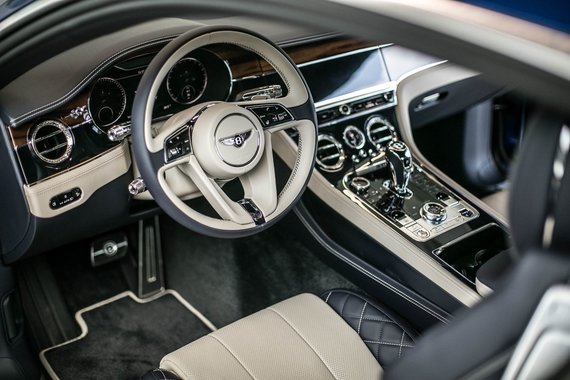 After trying the first 3-liter, customers wanted more and 1926. The Bentley 6 ½-liter model has met their expectations. It was a bigger, more powerful and even nicer car, while the improved Speed ​​HS version of the 200 hp wins the legendary 24 hours. Le Mans Racing

Now produced by Bentley has a lot in common with the crew in the 1990s. It is not only GT's spirit and comfort, but also details such as the special dense network in the front of the car that W.O. Bentley has come up with a radiator protector against falling rocks. In the long term it has become more than just a practical thing, but also a style.

In the 1930s, W.O. Bentley what he himself called the masterpiece – "8 liters". It was so powerful that the manufacturer guaranteed the car 161 km / h. Available speed regardless of the body – whether it is a coupé or a convertible. It was not only an exceptionally fast but also a very comfortable car – the silence in the cabin surprised many contemporary observers and specialists. The "8-liter" was only 100 made to this day, so today the Grand Tourer car prices of the luxurious Interwar car are millions of Euros.

A year later, the entire world was surrounded by a huge financial crisis, but Bentley did not abandon its core principles. The imminent Derby Bentley with its impressive 120 hp six-cylinder engine was stylish, elegant and exceptionally well designed.

The rise of Continental

The Second World War changed the car industry in factories for military equipment – even after the years 1945, it was necessary several years before the beautiful British cars would be re-launched from the full capacity of the conveyor belts. Bentley happened in 1952. – The first post-war car was called "R-Type Continental".

The first post-war Bentley car was long, low, had a downward roofline and the rear wheels were covered by better aerodynamics. Thanks to these features and the powerful engine, the Bentley R-Type Continental reached an incomprehensible moment – even with four passengers in the cab, it could reach 161 km / h. speed. In the United Kingdom there were no motorways at the time, enthusiasts swam to mainland Europe and traveled here. The designers who have made such a trend have recorded it in the name of the car.

The first model of the Continental series had a big influence on all heirs who appeared after him. In 1991 The new generation Continental R that was introduced at the Geneva Motor Show was visually bigger, more spacious and has a powerful turbo engine. The two-door Grand Tourer had a new cartel for all newcomers to the GT market and later the slightly smaller and more powerful Continental T-model made it even better on the performance scale.

XXI century At the beginning of the year another "Continental" generation debuted. It was a brand new car, with its powerful W12 engine that reached more than 300 km / h. speed. Only this time he did not raise the GT car, but he created an entirely new segment. These are extremely fast, powerful, very comfortable and exceptionally luxurious two-door cars. 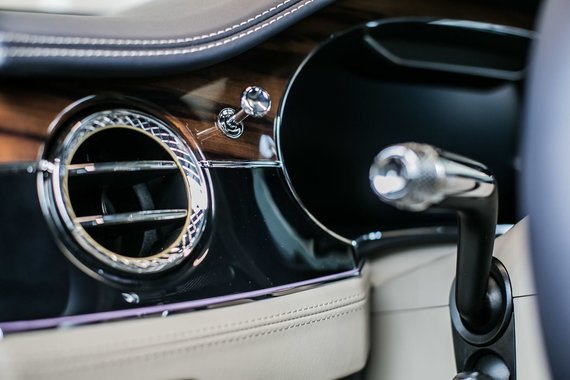 The new Bentley Continental GT was introduced in Lithuania in the first year of 2018. out of the way. The outside of his muscular body emphasizes enormous power, while the sharp lines give hints to the very first "R-Type Continental". The long wheelbase and short front give a dynamic feeling even when the vehicle is stationary. Thanks to such a composition, the engine could be mounted slightly lower, so that the center of gravity of the car is lower and the control functions are even better than before.

The car not only looks dynamic, but is also checked very quickly and perfectly. The 8-degree automatic gearbox with two clutches works in two directions, depending on the driving mode. With Comfort, the box is extremely soft and delivers unrivaled gear change, while Sport allows you to drive without interruption – the gears are shifted at an impressive speed, even when compared to the other two clutch boxes.

The intelligent eight-speed gearbox not only ensures the highest level of comfort and sportiness, but also the economy. The highest Continental GT speed is now available in sixth gear, while the seventh and eighth are smooth running at a constant speed.

The Bentley Dynamic Ride is another revolutionary system. The new Continental GT is equipped with a 48 volt electronically active rolling control system. It immediately adjusts the work of the car's suspension components and reduces cornering, while inferior roads ensure an even, comfortable ride.

Technology, comfort and performance are only part of Bentley & # 39; s exclusivity. The Muller experts can make every Bentley unique – the interior decoration of the car is extremely wide.