Did the euro area know of its Greek odyssey? 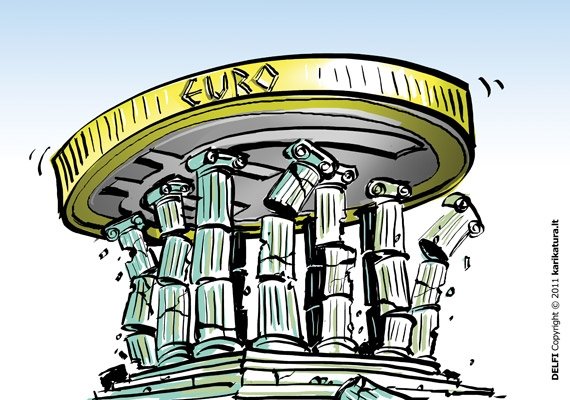 After eight years and three aid programs that have led to the implementation of many strict austerity measures, Athens will officially withdraw from the EU support fund for EU assistance and the International Monetary Fund (IMF) on Monday.

Although both European and Greek politicians have called the country a return to the markets as "historic" good news, nineteen countries that have adopted the single currency continue to face major challenges.

"The Greek crisis has not yet been resolved, it has just been pushed aside," said Charles Wyplosz, a professor of international economics at the Institute for International and Development Studies in Geneva.

Until 2032, Athens would not even start paying back a large part of its huge debt, which is still 180%. Greek gross domestic product (GDP). It is not possible to say what kind of political and economic situation this year will be.

In recent months, the IMF has repeatedly been warned about the long-term sustainability of Greek debt claims, although the euro area has taken measures to reduce it.

Ch. Wyplos criticized the European Union for "spectacular cynicism", which the bloc has shown in its opinion during the crisis.

"The problems were not solved, but they pretended to do it," said the professor. – In one way or another, an explosion will take place. Greece will go through a crisis well before 2032. "

"We still have not solved the public debt problem, which remains high in Italy, Greece and Portugal despite the efforts of these countries," says Anne-Laure Delatte, deputy director of the French World Economic Research Center (CEPII). .

Europe & # 39; s heavyweight France and Spain also have high debts, which can put further pressure on the eurozone.

"School is a factor of vulnerability, which can be so strong that it can go to markets", added A. Delatte.

However, the debt of other countries that have adopted the euro has declined, as a result of which the common currency area is increasingly being hampered by "good students" and others with different interests.

The first group supports budgetary discipline and control of expenditure, while the second group calls for greater solidarity.

The threat of Italy

According to economists, Italy poses a significant risk for the euro zone, and this is due, among other things, to domestic debt, fragile banks and, above all, a populist government that seems to be confronted with a confrontation with Brussels.

"There is a country with a debt of 130% GDP, which has serious internal problems and a dirty banking system, and is now run by people who do not know what they are going to do." The threat is very clear, "said Ch. Wyploszas.

The economic strategy of the new Italian government remains uncertain and contradictory signs from Rome.

But after the collapse of the deadly car viaduct in Genoa last week, Italy – and in particular its Minister of the Interior, Matteo Salvini (Mat Salvinis) – and the EU have rebelled against spending limits.

"The euro area now has no means or institutions to deal with a serious Italian debt crisis," says Philippe Martin, professor of the prestigious Parisian Political Science Institute, which is close to French President Emmanuel Macron.

The future of the euro area

The debt crisis helped to strengthen the euro area, in particular through the establishment of the European Stability Mechanism (ESM) and the consolidation of the so-called banking union, in which all banks apply the same rules.

However, the reforms are still incomplete and Macron's efforts to take further steps and, for example, create a budget for the euro area are still in the midst of hostility towards the north of the currency block, which maintains sobriety and fears that it will have to pay for the lagging lunch.

"I'm not sure if there will be agreement on how the euro should be," said Nathalie Janson of the NEOMA Business School in Rouen, France. – The euro has finally become a chaotic currency, the price of which is constantly fluctuating, although it was originally intended to guarantee stability. "