New banknotes of 100 and 200 euros will be delivered 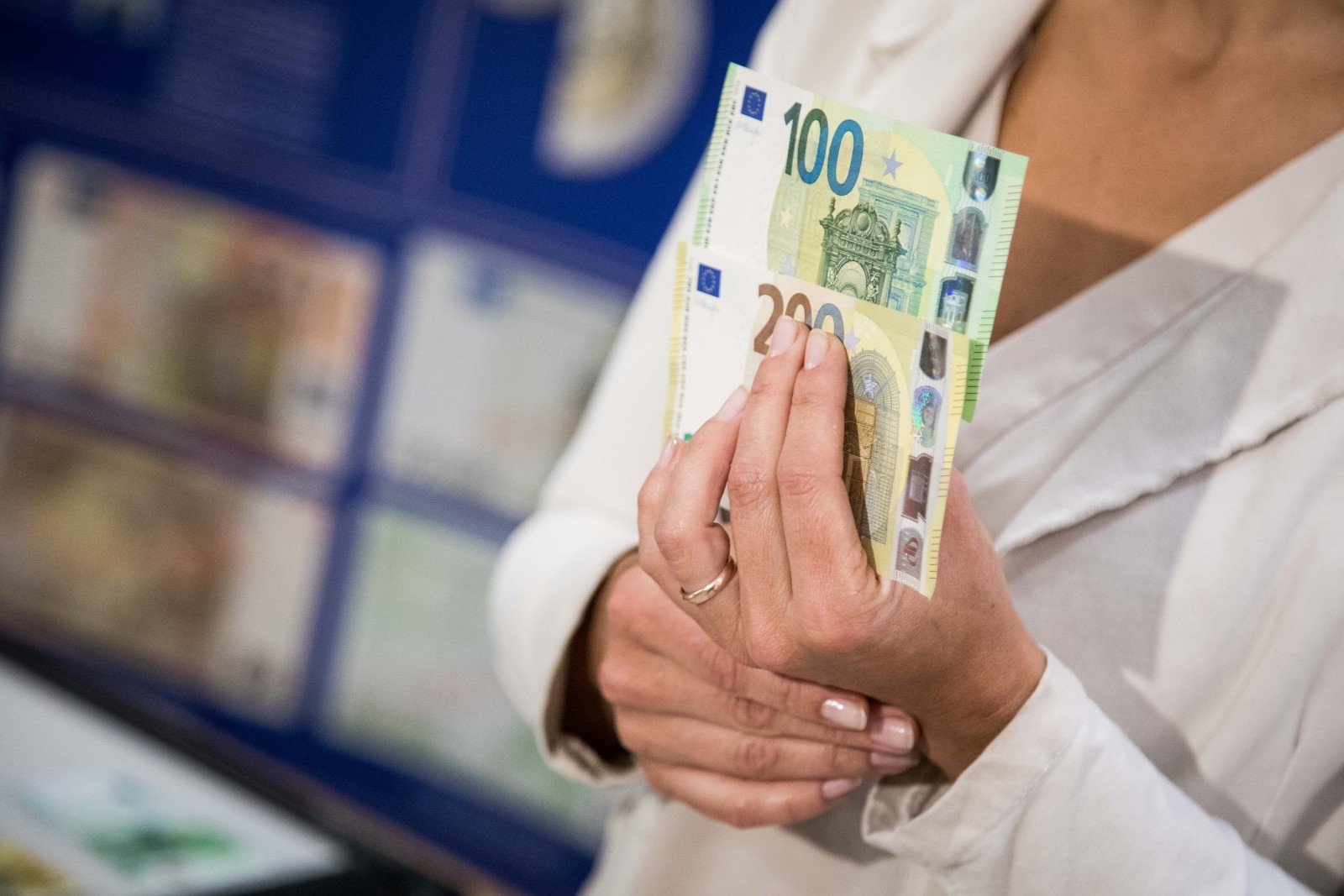 "The new Europe banknote series includes innovative security-enhancing security features – as we usually reveal more than half a year before their release, so that companies have enough time to customize banknote sorting equipment, to install all the necessary updates and users, no problems with settlement. Our specialists are ready to help the company smoothly adapt the equipment to work with new banknotes, "quoted Marius Jurgilas, member of the Bank of Lithuania's management, the report.

The new banknotes of 100 and 200 euros used new protections. As with other denominations, the authenticity of these banknotes can also be easily verified using the "touch-up look-up" method.

At the top of the silver ribbon you will see the moving symbols "€" around the number, which look at the banknote before the light becomes more pronounced. The silver-colored strip also shows a European portrait, an architectural motif and a large "€" symbol. In addition, the new banknotes of 100 and 200 euros also have an improved emerald green color. The number of eyelids is also on all other series of Europe banknotes, but only € 100 and € 200 of banknotes are shown on it.

In comparison with the first series of banknotes of 100 and 200 euros, the width of the new banknotes varies, with the same width as the banknote of 50 euros. However, their length will not change – the longer the banknote, the higher the denomination. Since the new 50, 100 and 200 euro banknotes are the same, they will be easier to handle with banknote handling devices. Moreover, they fit better into people's wallets and will be longer suitable because they wear out more slowly.

The new banknotes of € 100 and € 200 are available in May next year, so if someone tries to offer something different than the traditional banknotes that are currently used, you should not hide or take them with you.

The Europe series was launched to update and refine banknote protection measures that will help to better protect banknotes against counterfeiting and to maintain public confidence in this currency. The new banknote series is called "Europe" because the banknote protection series (watermark, hologram) uses a portrait of the Greek-mythological character in Europe, from which the name originated and the name of our continent.