Not to find Google: "the right to be forgotten" will change the approach to privacy

The right to be forgotten in Europe can be implemented from 2014 onwards. 2010. Mario Costeja González, Spain, contacted Google Local Representatives for information about his debts. The announcement of the matches, including the Spanish name, appeared in the newspaper in 1998 and was later available on the internet. The man wanted the message to be removed, but neither the newspaper nor Google took the information. The dispute has been moved to the European Court of Justice, that in 2014 Google is responsible for the content that is found in search engines that have been published by third parties. In other words, on request it may be necessary to restrict access to specific information.

The desire to hide their debts in the past by M. Costeja González has become famous for them all over the world and is an anecdotal part of the situation. More seriously, the misting of this case. In February this year, Google announced that since 2014 May received 650 thousand No searches show looking for 2.43 million. internet links. The company blocked 43.4 percent. them. 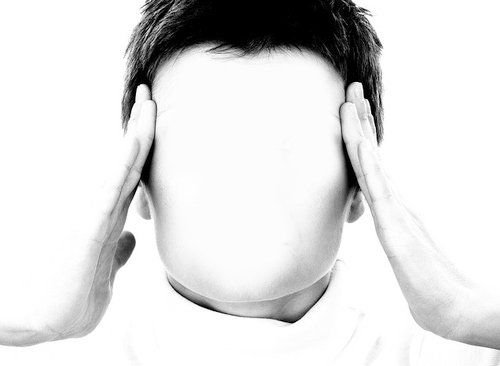 In the last two years, 41 thousand people have received a variety of famous celebrities. such requests, politicians and officials – 34 thousand. According to the company, about a thousand permanent searchers have appeared, most of which provide legal services and damage reputations. 89 percent Questions were received from private individuals, more than half of them were provided by residents of Germany, France and the United Kingdom.

The Mysterious Name of Devil

A common data protection regulation (BDAR), which came into force in May, could lead to an even greater wave of such requests, because in theory they should be more streamlined. For each specific case, however, it will, as before, have to be handled separately.

For example, in April, Google lost a case in London in which an entrepreneur who was convicted of a particular crime wanted to be removed from searches. In a similar case, the request of another businessman who committed a gruesome crime was not met.

The appearance of the BDAR nevertheless opens the new gate. "The case against Google in Spain only talked about the search engine, the main change now is that the possibility of being" forgotten "is not only offered in search engines, but in general I have questions about how this works in practice and how it will be compatible with the freedom of information I think it will take a few years to get more clarity, which is why the highest European courts will have to speak, "said Mindaugas Kiškis, partner of the law firm" Fort ".

To delete data, the information must be inaccurate, inadequate, excessive or no longer relevant to the original purpose. The right to be forgotten in public space is not absolute, but there are many official and unofficial reasons to ask to be removed from the internet archive. Some seem perfectly logical, for example the data of missing and then missing persons, but there are also many cases. It can be of all kinds: people who are good friends with the famous person on the pages of the entertainment media, although they do not pursue this publicity themselves; Those who commit crimes, claiming to have started a new life, or even outsiders, claim that their reputation is being damaged by the fact that their names and surnames coincide with those who believe in them.

The president of the Lithuanian journalist union Dainius Radzevičius said that there would be fewer issues of similar issues if the media themselves took a more responsible view of the news presented and would assess the possibilities of personalizing the information.

"We have to ask ourselves: is it important that we put the first and last name in publicity, we can tackle the problem without mentioning the name of the person If a person with a criminal record wants to get a job in a certain situation institution where he or she may not be able to work, we need to raise the issue at the legislative level instead of reaching the person, maybe later he will no longer be able to work in that particular job, but his family will not be harmed, " – said D. Radzevičius.

The question of where the threshold for a criminal conviction must be made poses even more challenges. Fear that the perpetrators are tempted to hide the unpleasant past. M. Kiškis believes that although this problem will always be one of the sharpest, in this case the condemnation can be a good indicator.

"I think that before the conviction is over, the fact must be known, to some extent it has such a purpose, it is an indirect punishment, because the act has consequences, but if the condemnation is over, the crime not committed 3 years ago, but thirty years ago it is a completely different situation, "said my lawyer.

The ethical code for public information, which in theory should be followed by media representatives, states that public information providers should not be reminded of human misconduct if they have nothing to do with their current activities and if someone has already been punished. It is true that this is not the case when a person is about to go or has achieved an important position for the public.

A large number of experts implicitly conclude that such a right was provoked by the total internet penetration. If we were still at a time when archival information was sought in newspapers kept in libraries, such measures would probably not have been taken. Even now information from third-party websites that is not accessible to Google search results remains accessible, it is only harder to find it.

Under BDAR, the right to be forgotten also applies to entities that are active in the EU, but information that is blocked in Europe may be visible when you browse from non-EU countries. 2017. Google and France have reached agreement on whether such European law should be applied in other parts of the world. The company argued that it would ruin many of the principles of local and international law.

The new procedure (BDAR refers to legal guidelines, but the enforcement of privacy protection is left to local law enforcement authorities) raises additional questions regarding the balance between private data and the public interest protected by the media. For example from 2014 Some websites, including the British public broadcaster in the BBC that expressed their position on "the right to be forgotten" publicly published the links that were removed from the search with this argument. These lists are now available for free on the internet.

In Lithuania, the media nowadays have broader legal options and exceptions for the protection of the public interest, as provided for in the law on the protection of personal data. Article 85 of the BDAR also stipulates that the right to protection of personal data must be in accordance with freedom of expression and information. However, each EU country has its own right, so the final guidelines will be drawn and the final word in each of the Member States will probably be given by the courts.