Store manager for falling sales: something feels, but I do not know what 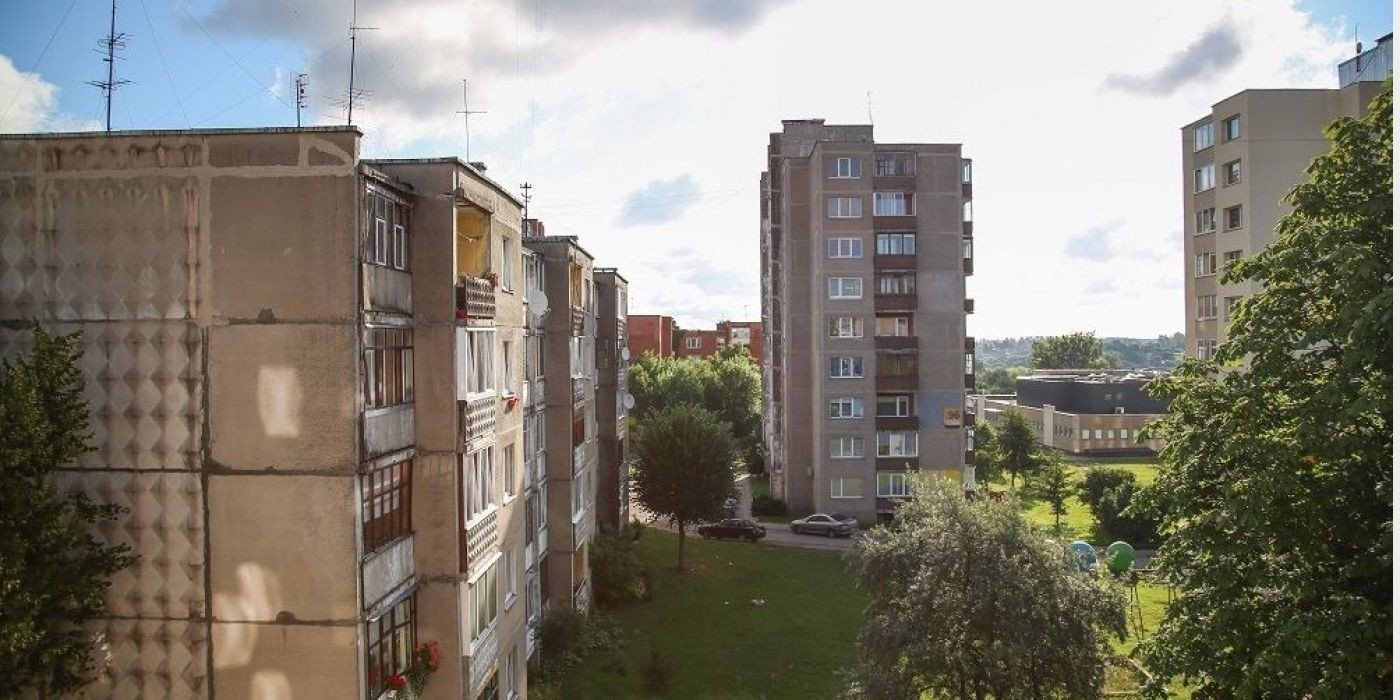 People once again feel financially more liberal and their purchasing power increases. In recent articles on toys and bicycles, however, all the interlocutors unanimously argued that the sale of the above-mentioned goods has fallen considerably in recent times.

Market Square decided to wonder whether this is a coincidence and whether other sellers see the same trend. We also asked the economists and experts what they think.


Entrepreneur: "Someone feels, but I do not know just who"

Ben & # 39; s Head of Shoes for Bottom Shop Maslauska, who had heard the question, even without hesitation, it was agree that there were a lot of purchases lately. When asked why this was the case, the interviewee could not say exactly, but he hoped that there might be difficult times.

"It's hard to say, but everyone thinks at least one mini-crisis comes back or it's already there, but nobody's talking about it – considered the head of the company – Because purchases are already in the first month It is of course difficult to judge now because there is a summer.In the summer, people leave and this money does not allow other goods.someone feels, but i do not know what.It is hard to say now, you You will appreciate the fall. "

B. According to Maslausk, the income earned so far is sufficient to survive and it is difficult to talk about profit. "At least enough to stay.We sell all kinds of sales, we sell for the price, so we can only survive in the summer," – said the businessman.

Given the closure of the store

Another owner of the company "Valkrita" the sale of shoes, Kristina Prapuolelienė, also confirmed the opinion of all high-profile entrepreneurs that purchases are getting smaller. "We feel We really feel the difference, even though some of them were left behind from such stores, but nothing remained the same," the trader said infamously.

The owner of the company said that the older buyers had fallen sharply. "Our store only sells leather shoes, and in the past the tendency was that most of our customers were older people, particularly fewer pensioners, apparently they no longer have enough money to buy leather shoes. buys that synthetic, dermantine, – K. Prauupuolenienė discussed – And yet this middle work layer still chooses good leather footwear.Of course there was a decline in those people, there is nothing to talk about. "

The owner the company also claims to consider the worst scenario.

"We're already thinking about closing, I'm still looking, looking and seeing that I'm not really out there anymore, I've been tired of this stretching every season," said the interlocutor. "Like everywhere we lose our customers, we have no miracles."

Asked when he felt a strong fall, the woman said that the crisis that had been ten years ago was the biggest, after which it did not recover.

"Since 2009 The year after the fall started, it was like that every year and went up and down, maybe something has increased over this so-called rise, but very little, of course I can not say that they do not buy at all. but little, – said K. Prapuolenienė – last year the goods balance was much smaller.And this year I go to the warehouse, looking at the number of boxes, so the balance is bigger.Well, that is really not there. so on the edge. "

The speaker is convinced that the situation is not only good in Lithuania. "For example, we often have to travel with family members to Germany, and they also say that they buy less and spend less because they also feel a kind of trap," said K. Prapuolenienė. – Although they receive good pensions, but they are not enough to spend as much as they used to. "
Kedainiai has nothing to complain about?

Ieva Valeškaitė, expert at the Lithuanian Free Market Institute, does not rush to conclude that the sale of the aforementioned goods in the shops has decreased. current situation, he considered different options 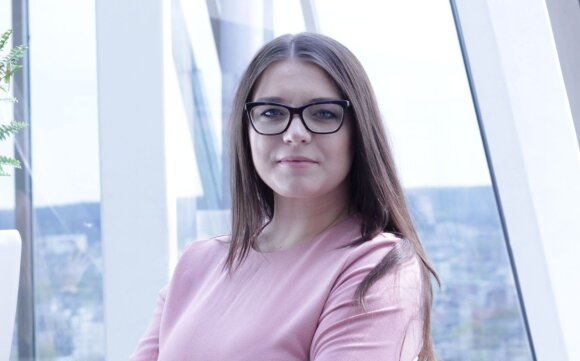 "It is very difficult to answer the use of specific goods. The reasons why fewer goods can be purchased for bicycles, toys or shoes can be a lot. This is accompanied by a decreasing number of people, especially young people. 2016-2018 m. In the Kedainiai district the young population (0-15 years) decreased by 6.2%, i.e. 476 people. At that time, in general, in the population area in 2015-2017 decreased by 4.14%, – said the expert. – It may be that the residents of Kedainiai are simply bought more often from other vendors, in other cities, on the internet or even abroad.

Although the purchases decreased, according to I. Valeškaite, the inhabitants of the district Kėdainiai could not really complain.

the salary of the population in the district of Kedainiai not only increases (5.6 percent compared with 2017), but it is the largest of the small municipalities of Lithuania, the specialist noted. – Average salary in 2018 In the first quarter it was 692 euros. It shows that the lack of money for Kedainis does not have to be a big problem. Perhaps the habits and needs of consumers are changing?

However, according to the expert, not everything is as good and beautiful as it seems at first glance.

"However, the average wage in Kedainiai can be seen in the Kedainiai district growing slower than the average across Lithuania, with unemployment declining in Lithuania (7.9 percent) in Kedainiai in 2017, growing to 8 percent." , – stated I. Valeškaitė.

The economist of Swedbank, Vytenis Šimkus, shares the same opinion, as stated by a specialist in LFRI. "The Lithuanian economy is currently experiencing a good, rapid growth period, which is sustainable compared to the pre-crisis period," said the economist. – In general, the retail trade is growing at a relatively high pace lately. 2017. grew by about 4 percent. The annual growth rate of inflation is increasing this year. Non-food stores have been more successful at national level lately, thanks to a relatively active housing market and rising incomes, but there are several factors that can lead to poorer results in a small city. "

V According to Šimkus, salaries in all regions of the country are growing at the same rate.

"According to the data in the Kedainiai district, wage growth lagged behind the average (8.5%) and reached 5.6% in 2017. – said the specialist – Demographic trends in Lithuanian region & # 39; s may also have a negative effect on the performance of certain stores: elderly people need fewer bicycles and toys, and if they live without a pension, their purchasing power is lower. "

Overall global trends have a negative effect on the performance of traditional stores as the economist said, with physical stores losing ground-breaking competition for online sales around the world.

"Online trading in Lithuania has been growing several times faster than trading in physical stores for many years, an attractive option for consumers to choose a product that you like, often at a better price, without your home. In many cases, physical stores can not compete, neither price nor variety. "

In summary, V. Šimkus emphasized that economic growth, income growth, consumer expectations and retail sales show strong growth in consumption. "The reasons for the poor performance of individual stores or categories of goods in this case must be found in changing consumer needs or in a competitive environment," said an economist.

The economy grows both in Lithuania and in Europe

As the owner of the company K. Prapuolenienė indicated that sales and purchases can not only fall in Lithuania, but also in Europe, we have also accustomed to the representation of the European Commission in Lithuania (EC

According to Marius, WASCHEGG, economic director of the representation of the EC in Lithuania, was worried that there is nothing at present.

"The general economic recovery has influenced many areas, including private consumption As in other countries of the European Union, consumption has increased in Lithuania over the past four years and remains one of the most important engines in the Lithuanian economy, "the official said. latest projections by the European Commission, both in 2018 and 2019. Lithuania is expected to exceed 3%, annual consumption growth, and of course we are talking about the average c level of consumption throughout the country, which may not be relevant for a particular region. "