The 5 most successful IT innovations in Lithuania

Lithuania is often referred to as the Information Technology (IT) State – in the country, a large number of customer service centers, software developers set up by foreign investors. But Lithuanians are not the ones who only accept foreign investment – they develop future technologies themselves. The global IT market was shocked by a single Lithuanian invention, which outperformed its innovativeness, attractiveness for consumers and quality. 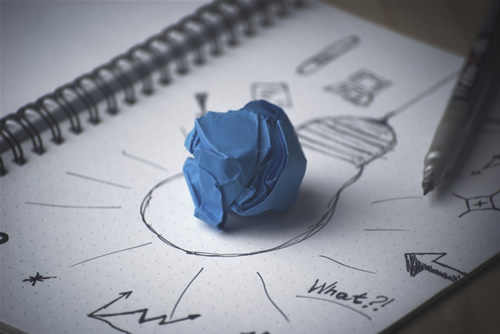 Some dozens of great inventions can be counted, but some are revolutionary and popular, not only in Lithuania, but also in various foreign markets. What are they?

The system that has been completely redesigned and developed by Forbis is probably the first inventive Lithuanian IT industry that is used so often. It was created more than 20 years ago, when the banking sector in Lithuania has just been developed and the Forpost system is currently being used by most financial service providers operating in the country. The product is sustainable, constantly developed and adapted to the needs of each customer – it is not only used in Lithuania, but also in neighboring Latvia, Estonia and other European and Asian countries.

The exclusivity of Forpost is the adaptability of the system for companies of all sizes, from the smallest to the largest. This allows the financial institution to offer and easily manage the most important services: physical and legal person accounts, electronic banking, payments, cards, investments, credits, currency exchange, etc. Vol. The system is constantly being refined and therefore suitable for the latest fintech companies – Forpost, for example, also makes the use of crypto-alumina possible.

The system is very suitable for secondary banking companies – leasing companies and other financial sector companies, such as insurance companies. For excellence and unlimited possibilities, this is one of the most advanced products in the banking market.

The most successful Lithuanian starter named Vinted has attracted tens of millions of euros in various investment phases. Vinted is a sales platform for used clothing that has expanded over ten years in ten countries, including the United States, the United Kingdom, France, Germany and others.

Like many great solutions, Vinted arose because of the problem of the founders – the excessive amount of unused garments. Today more than 50 million clothing and accessories are announced at the same time. It employs more than 20 million people worldwide, and every day this number is increased by a further 15,000.

Mobile payments are spreading rapidly around the world, and a player on this market is WoraPay, a company based in Lithuania. The platform is a mobile wallet with which you can pay in various places, even in St. Petersburg. Francis of the Assyrian (Bernardine) church. There are hundreds of such places in the Baltic states.

To pay, it is sufficient to activate the virtual wallet that is installed in the phone, scan the QR code and the payment reaches the payee immediately and the money is exchanged from the payer's bank card. This is a convenient and faster billing solution.

Programming is one of the most important skills in the world today. With the increasing popularity of distance learning, the Lithuanians combined this area with programming and developed the Solid Education system – with which children from all over the world can study in large groups with teachers with different competences.

Starting with a hundred students in Lithuania, Solid Education unites more or more self-employed or trainees several times with the help of teachers. They make websites and applications for smartphones, drones.

The sharing economy does not continue, but simply flees. Short-term car and bicycle rentals, rigging and other services have radically changed the traffic of people in the city. However, every service provider is usually a different company, so to have access to everything, the phone must be loaded with 3-4 applications. Trafi has solved this problem for consumers.

The program, which started as a public transport schedule (buses and trolley buses), can today be used to rent a car or bicycle for half an hour, call a cyclist or take a bus ticket. It also compares different modes of transport and finds the exact price and time for a journey from point A to B. Today, Trafi Gadget operates not only in the five largest cities of Lithuania and other Baltic capitals, but also in some parts of Brazil, India, Taiwan , In Turkish metropolitan areas.