There will still be no ETF fund, little by little 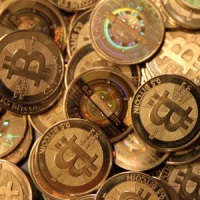 The regulator of US capital markets SEC has issued a long-awaited decision to allow the trading of several bit-run ETF funds. Nine requests from three different institutions were rejected.

The US Securities and Exchange Commission is not the first to deny applications for creating ETF-type funds that can be supported by the most popular bitrate of virtual currencies. Brothers Winkelvoss received the same negative answer earlier.

This time ProShares, GraniteShares and Direxion got a negative answer. ETF-funded units of the ETF should have traded on the NYSE Arca and CBOE exchanges.

In the justification, the SEC stated that the exchanges did not meet the requirements of legal regulations. In particular, the expectation that the rules applied by the national exchanges will be designed to prevent unfair practices and manipulation are not in line.

The rejection of these requests does not mean that there will be no ETF funds in the United States on the basis of bitcoins. However, the fact that the committee presents the same arguments again is seen as a negative attitude towards this type of innovation.

ETF funds would significantly expand the group of those investing in crypto-alumina. They would reflect changes in such currency values, but buyers of ETF fund units would not have to independently develop a cryptovalent portfolio and have basic knowledge of the maintenance of a new type of asset.

In general it was hoped that the creation of ETF funds of this type would attract new capital in the virtual foreign exchange market and would revive the recent rather slow market. Critics have argued that if large players were involved in the kryptovaliut market, large-scale speculative trading would begin, which could harm the use of these currencies as an exchange tool.