The family of the villagers was shaken by painful processes: serious illnesses have broken the father and the sons 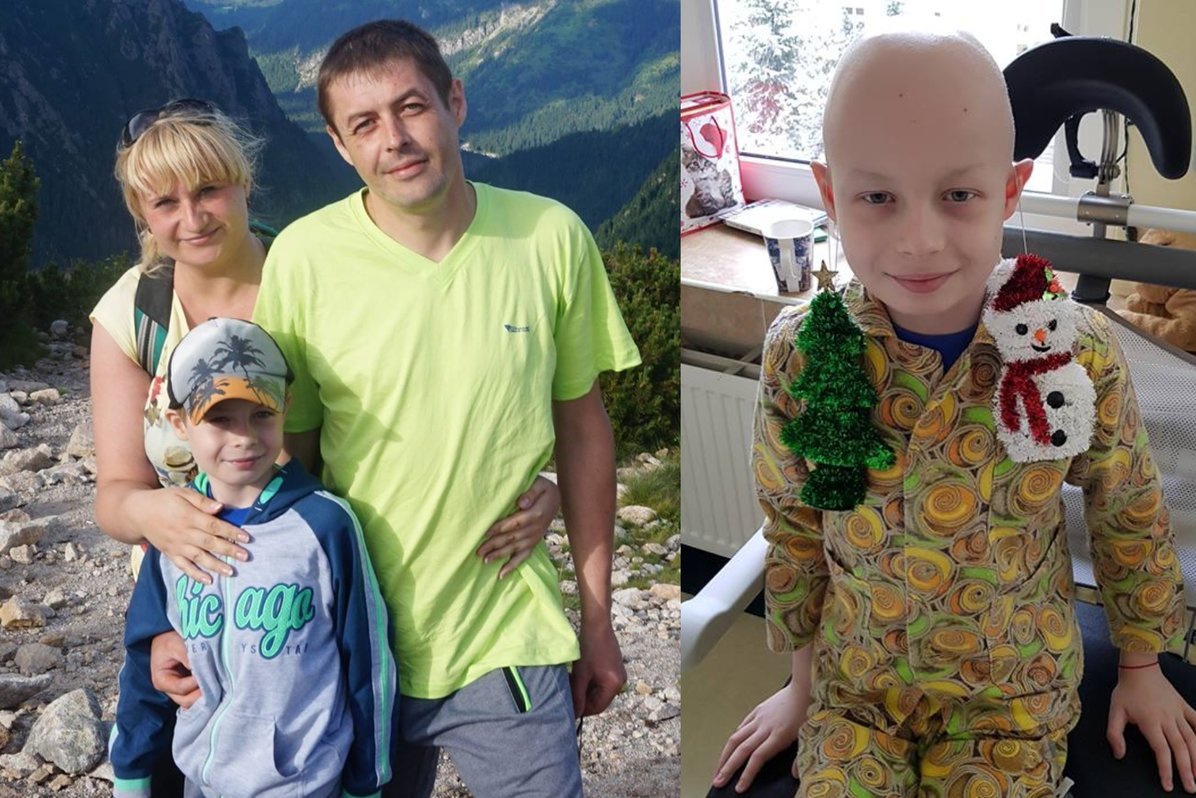 The fate of the Ivanenko family, who lived in Vilnius, did not really save and sent a number of hard tests. Only three days later, the only son of a family, Devid celebrates her eleventh birthday. But now the boy could see and feel the hard and black life of life.

As the mother of Devido, V. Ivanenko, tells them that they did not dare to talk about their story for long, but the further, the more difficult the family becomes, both physically and emotionally.

"That is why we have decided to communicate more, seek moral support and support, share experiences and maybe help someone," she says openly.

DeVida was always a lively and entertaining child for the next eleven years. But the whole family lived in 2017.

"It all started with the beating of the leg of an innocent child, neither visually nor swollen nor blueberries.Therefore we did not contact the clinic immediately.After about a week the child started to complain about pain in the legs, so we went To the traumatologist, the doctor found out about the diagnosis without an X-ray and said that it was a sprain and nothing serious about it.In three periodically painful months we asked three times for X-rays & # 39; s – they did not give it, "says Devido's mother.

But the pain of the child did not diminish, but on the contrary – it was intensified more and more. During the last week the child was numb, suffering became impossible.

"At night the whole body shook, the child got out of bed in the middle of the night, and then there was a lack of patience." During the visit, I told the traumatologist that I would not leave the cabinet until the X-ray was done. of the answer – everything is boring in sight, the whole world has turned around.The picture clearly showed how the bone was broken down – the suspect was a tumor, "she says.

For urgent orders, Devid was sent to the Santariskes hospital for further investigation. At the beginning of June 2017, Ewing sarcomas were diagnosed with a malignant tumor in the long term of the legs after the biopsy of Devid. It is an aggressive, rare form of tumor that destroys bones.

"Usually this tumor is already detected with metastases, but the son was very fortunate, in his case the cancer was local, in one place", – adds the boy's mother.

DeVid started chemotherapy at the end of June, in total the boy was seven cycles. In August the stem cells were collected by the boy and in the month of November he was treated with a surgical treatment – the removal of the tumor and the part of the bone.

"During the operation, a donor bone is placed on the metal plate, it is screwed with three bolts, the operation lasted for 4.5 hours, the tissue and bone samples were taken during the operation, and upon receipt of the histological study it became clear that chemotherapy was not effective. enough, so it was decided to use megatherapy, "explains V. Ivanenkova. 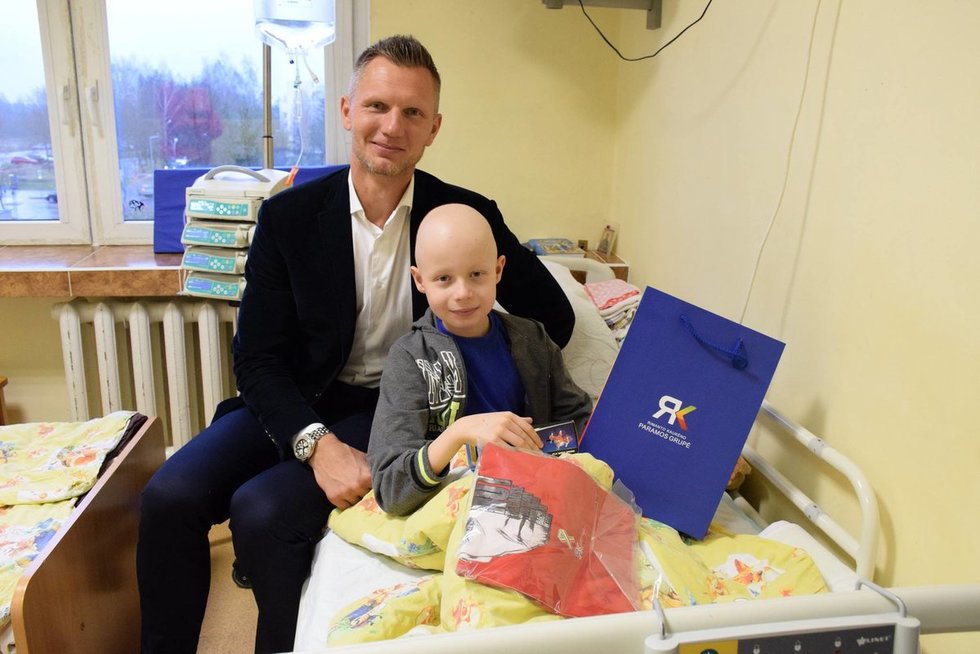 At Devid, very strong megatherapy and stem cell transplants were carried out at the end of December.

"The period of inhuman suffering and waiting … The son of a 13-day-old ate nothing at all, did not drink, was fed by a droplet, did not speak, because the pain of the entire oral cavity was very damaging to the internal wounds About 10 days, the child was flushed with morphine, for a week he was rinsed, every other day blood ran out of the nose.

It took two months for the organism to recover slightly. Because the child was completely weak, there was no rehabilitation of the legs than speech, and according to the treatment protocol we waited for radiotherapy. After a long sleep, due to the general weakness of the body, the muscles of the leg were quickly gone, contracture developed through the knee joint, "says the mother of Devido.

Intensive and aggressive treatment required time of the year. Frequent blood transfusions and the number of platelets were observed during treatment. Boy was diagnosed with tachycardia, general weakness, frequent vomiting, loss of appetite, muscle weakness.

The treatment with Devido according to the protocol was completed this year in March.

"Magnetic resonance suggests that malignant cells are not noticeable." We were happy and grateful that everything was in order and the hope of the tunnel was visible at the end of the tunnel. "Therefore, waiting for about 2 weeks before the cure of redness leg of the radiation is cured, we have processed the documents in the sanatorium ", – says V. Ivanenkov.

Later the boy waited for a long-awaited rehabilitation. As Devid's mother remembers, she really needed a lot of strength and dedication. V. Ivanenkova did not have a good word for the team of specialists from the "Saulė" Druskininkai, who helped the boy to make great progress.

Because Devid did not achieve the desired result once, doctors advised to repeat the course at home.

"But the child seems to be tired of the heavy burden of everyday stress, from a non-productive disease to a distraction from friends, gradually getting annoyed, closed, completely indecisive, did not do the learned exercises, did not want the station on the legs was afraid, did not stretch through muscles ", – she remembers.

Devido's mother opens – then all family members felt morally and physically weak. "I have lost hope, I cried every day that I can not do anything that I can not encourage a child to strive for the future, I lower my arms, stop asking, pray, speak and interpret," said the woman. in a sensitive way. 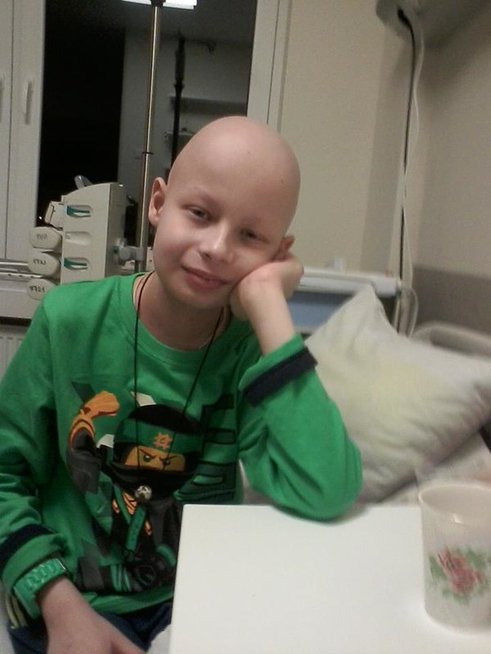 At this moment the boy returns after rehabilitation in Druskininkai. And his mother believes that the situation really improves.

Now DeVida walks with crutches, but does not stand on his legs, he uses the pram for further distances. Spinal and hip distortions are already noticeable due to an irregular gait.

Now the family is about to continue the withdrawal course at home and in Santariskes. Although the family expects free rehabilitation services, but this does not, they have to pay 15-20 euros for each class.

Rehab should last at least ten weeks. Although Devid has already undergone a rehabilitation of four weeks, there are still six weeks left.

On the shoulders of a woman are all problems

Although a woman tells her story in a timid way, all the big problems have fallen on the shoulders of a woman. Devid's disease is not the only one in the family. Q. Ivanenko's husband became ill with a depression a few years ago, so the woman had to hide the sickness of a child for her for a while.

"A man who was physically strong and healthy, who was the main breadwinner and sorcerer, became sick of depression, and for a long time I could not apply for and find the right medicines for him, until now man can not work, I am left alone ", says the woman.

If you want to contribute to a lighter family life, you can do this in the following way:

The purpose of payment for son David