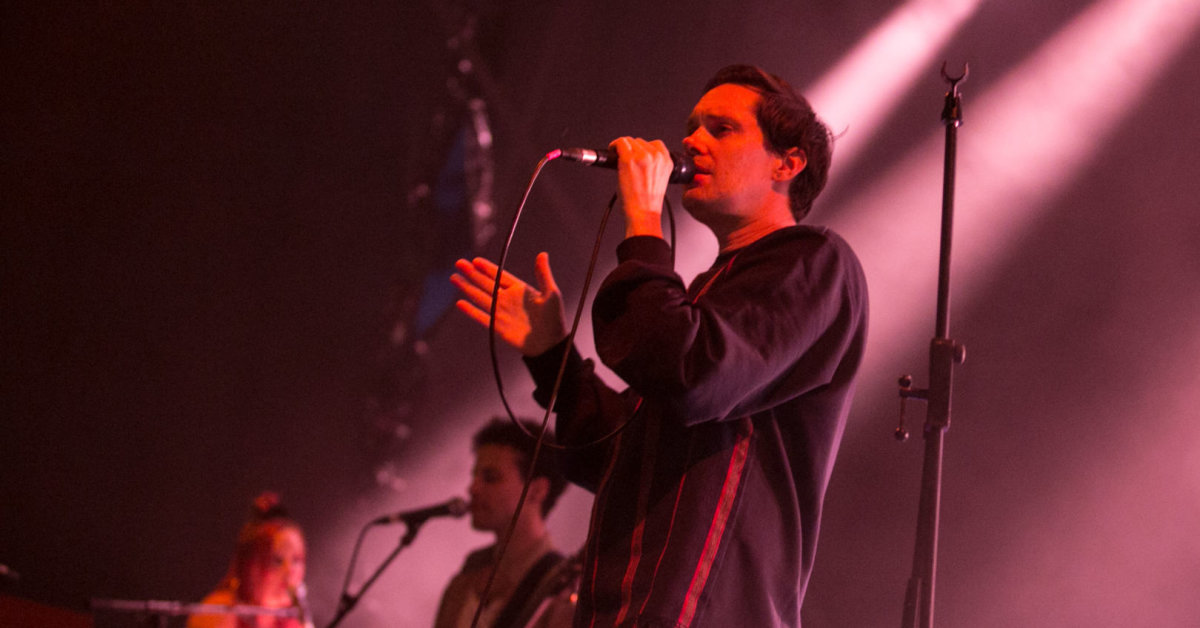 The confrontation with Rhye was an exceptional event – Milosh and his accompanying Los Angeles company introduced the new album Blood, released in February. It is therefore not surprising that the park was in the immediate vicinity of Vilnius, and the magic of music was enjoyed by an extremely busy public. The concert was attended by Rūta Meilutytė, Beata Tiškevič, Saulius Baradinskas.

Admittedly, the Rhye music sounds because the Lithuanians are not new. They came here for the second time – the music was also played in the loft factory of art and the tickets to the concert were suddenly redeemed. 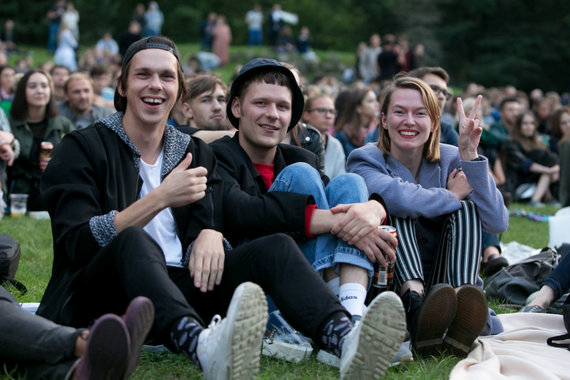 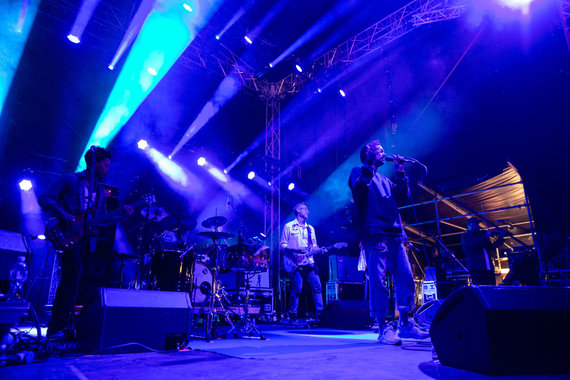 Fans of familiar groups not only admire fascinating music, but also the peculiarity of artist Milosh. When the first album "Woman" appeared, just shouting the heart of the listeners, it was necessary to wait until it became clear who owned this beautiful voice. Rhye hid your face, name and identity.

Most did not discover until later that this long, sensual voice was not for the woman, but for her husband. "We wanted people to just listen to music and create their own experiences," says Milosh.

On Tuesday evening the head star was warmed by the Lithuanians "Golden Parazyth". The whole audience listened quietly to their music as they sat on the daisies. But only the most important musicians went to the scene, met them standing. 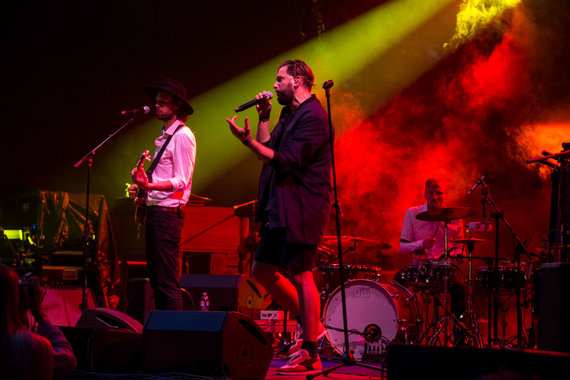 The concert started with the cello and violin duo Milosh, the leader of the group, apparently, dedicated it to his violinist, father and child, while he still crushed the cello.

And as soon as he touched the microphone with his lips, so, tranquility, so & # 39; s calm, so & # 39; s feeling of security ensured the Botanical Garden. The audience shook, all conversations ended, only pure music came out.

Through the musical insertion in the first song Miloshas went to the end of the stage and beat the drum together with the whole band. He also has no news about his percussion, he played in teens in more than one group.

"How do you feel? What a fun night! Thanks for being together! It's fun," said the Rhye singer smiling.

His ultralight falcett seems to have no equal. He has no dynamics, no tone is a problem. Everything sounds so gentle, so romantic – it is simply not possible to avoid such high demand.

More concert moments – in the gallery:

Milosh played a pianist, bassist, guitarist, drummer, violinist and cellist, who sometimes drew the trombone. The fans of all, simply made by magical amuses, listened to their eyes and even closed their eyes. Immerse yourself in magic music at the same time. Sometimes with a tighter rhythm, sometimes with extra calmness. But deeply immersed and very intimate.

"I am glad that I have discovered the European point of G for the pope," Milosha joked, and reminded him of recent events. the "G-spot" of Vilnius, which has been sent around the world, and the pope coming to Lithuania next month.

When the concert ended, rhythmic music was heard, so that the audience danced. And Milosho & # 39; s unique timbre sounded different. The botanical garden was so perfect for such a magic created by Rhye.

Their concert included the entire palette of emotions – lust, loneliness, eroticism, love, interwovenness and a familiar sense of separation.

The heart of the fans has conquered Rhye with its sincere sincerity. When creativity is born from the passion for beloved women, music is close and understandable for anyone who at least loves it. Even the most intimate feelings singing Rhye is not taboo. 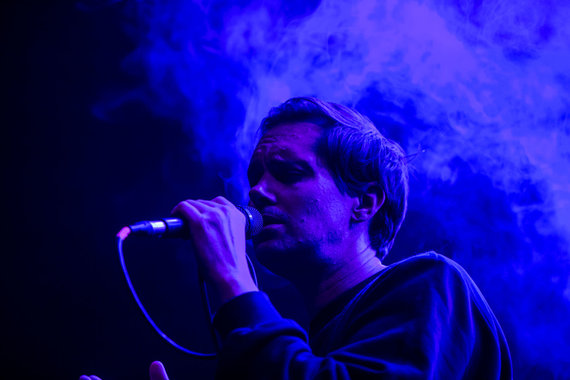 "During the concerts I see a lot of crying people, these are incredibly beautiful moments, they are embracing their beloved man and shining tears in their eyes, they are exactly such reactions and aspirations," – admits the musician.

During the concert there were songs from the second album "Blood", which was taken over by Loma Vista Recordings Publishing House.

All fans who see and hear them in their second album must thank the author for themselves. Milosh even directed exciting Rhye video clips. He also photographed his beloved nude for the album cover. An interesting detail – on the cover of the first album, the native was photographed by his then wife. Last year, Rhye recorded a single piece of "Break Apart" with Bonobo, the star of electronic music. This work is included in the Bonobo album & # 39; Migration & # 39; about the second number. The album itself has been nominated for even two Grammy Awards. His voice also sounds in the album "401 Days" by the next Grammy nominee, J.Views.

"I was planning to play around 15 concerts with Rhye, and it ended with the fact that we have almost 500 in four years, and no one has been to the same album for so long, but we just have incredible offers to play, "says Milosh.

The first Rhye album, Milosh, helped the Danish producer Robin Hannibal record, member of the Quadron band in the Tamsta club in Vilnius. The latter has long been considered a member of Rhye. Only a little later Milosh explained that Rhye was the only one. He is now developing and performing with all other musicians. 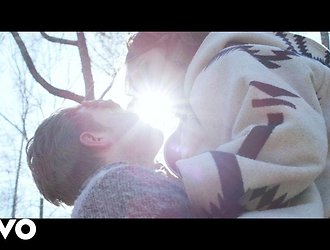