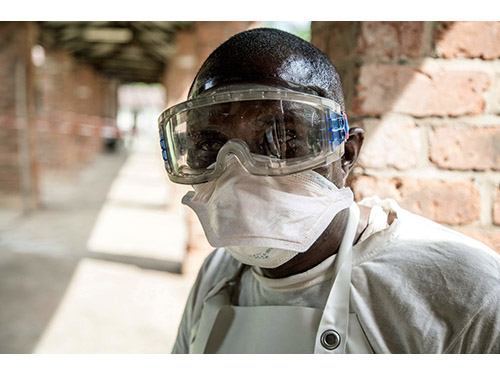 The number of cases confirmed by the Ebola virus in the Democratic Republic of Congo (DRC) has risen to 63, according to the Ministry of Health.

"The total number of Ebola cases is 90, of which 63 have been confirmed and 27 are expected.A total of 49 deaths have been recorded, 22 of which are not known to Ebola," said a spokesperson for the ministry.

The current outbreak of haemorrhagic fever in the Democratic Republic of Congo is already the tenth. New infections – Ebola & # 39; s "Zaire Strain" with a special mortality rate, resulting in the rapid vaccination of more than half a thousand people.

Ebola viral fever, commonly called Ebola, is a serious, often fatal, infectious disease that affects people and some primates. The symptoms of the disease are severe fever, throat, head and muscle headache, nausea, diarrhea and sometimes bleeding. The disease affects the liver and the kidneys. Mortality is up to 90 percent.

The outbreak of Ebola in the DRC (then in Zaire) was first registered in 1976, later in Sudan, Gabon, the Republic of Congo, Angola and Ivory Coast. The epidemic of this disease in 2014-2016 was 28.6 thousand. people's lives.