Specialists: a woman may not know that she was pregnant 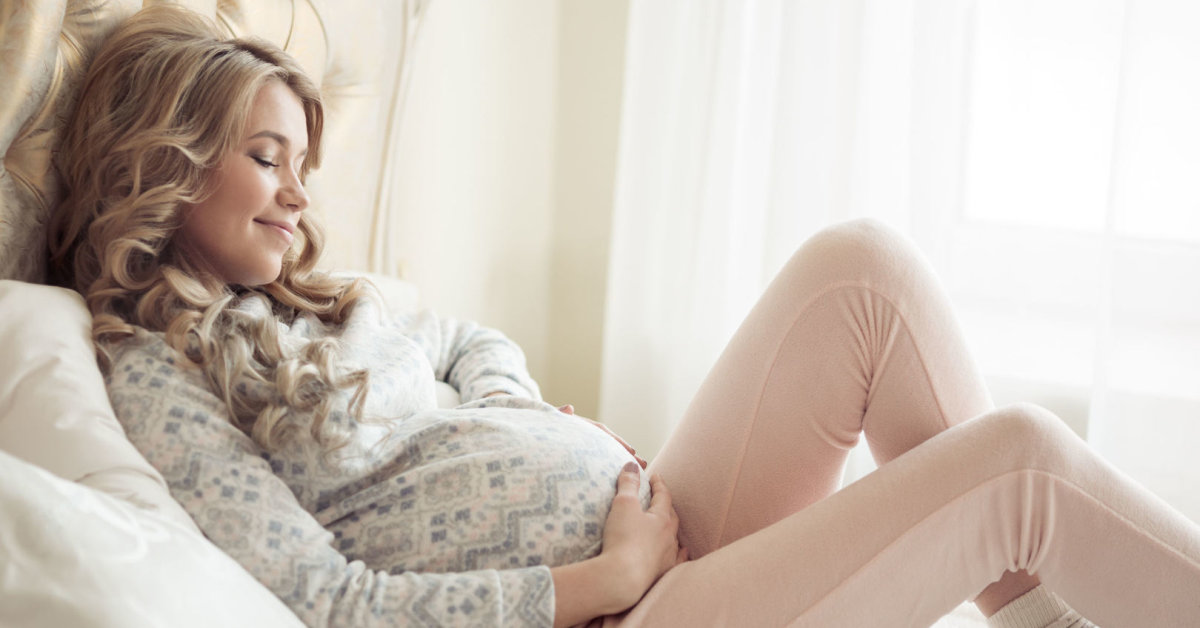 The miscarriage of every woman is a particularly painful experience, especially difficult if they follow each other, and the family fails to have a baby, the report says to the media.

A miscarriage can be a natural reaction of a woman's body to defects at the beginning of a fetus or when the embryo is implanted outside the uterus. If the fetus does not have enough blood flow, it simply can not develop properly and it will disappear and disappear.

Many miscarriages occur in the first month. Then the woman has a few days of menstruation and the beginning is abnormally abundant. Usually a woman did not know she was pregnant.

"If a woman has had two or more miscarriages and is completely gynecologically healthy, it is advisable to go for research on genetics, and we also study women who have not been pregnant for a year or more. 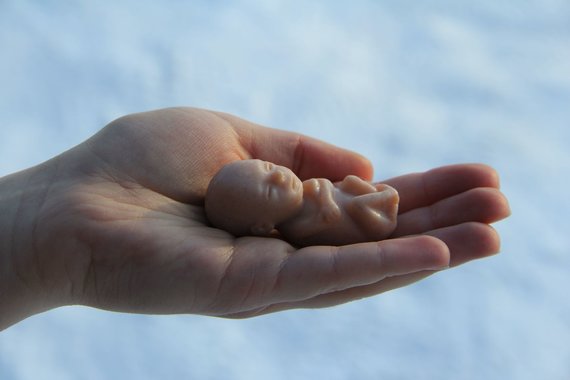 There are situations where they actually become pregnant, but there is a very early miscarriage that can not be confirmed by any research. When diagnosing the cause of miscarriages, in some cases, we can adapt the treatment to the woman to successfully carry the baby ", – said S. Tumëna.

What do geneticists do?

Gen mutations can be millions, so the most common causes of miscarriages are examined.

"First of all, it is recommended that a woman and her husband are examined for changes in chromosomes Mama or father, carriers of a balanced chromosomal abnormality, can transfer the unbalanced chromosome variant to the fetus.The mammary body recognizes anomalies and rejects such fruits. In this case, parents without genetic tests can not even suspect that their fetus will be transferred to a genetic condition that may be incompatible with life.

A woman is also examined for the genes responsible for blood clotting and the absorption of folic acid. Gynecologists and GPs always use folic acid for women who plan a pregnancy because they play a very important role in pregnancy.

However, part of the female body can not take up food-borne or additional folic acid. If it turns out that a woman has this condition, she gets an active form of folic acid. Moreover, the deficiency of folic acid increases the risk that the baby develops with a neural tube defect. A timely diagnosis of the condition of this mother can prevent fetal malformations, "explains the geneticist.

If gene changes are detected for blood clotting, the woman is referred to a haematologist who has received appropriate treatment and treatment to maintain her pregnancy. 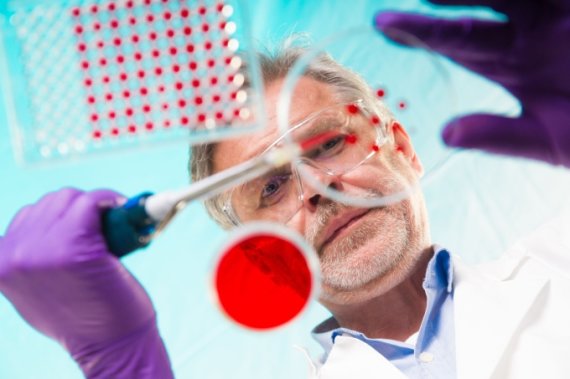 Genetic tests for a planned pregnancy

When future parents suffer from certain diseases, they are often in a hurry to pass on their illness to future children. Genetic research spreads or confirms this fear.

"Initially, we determine whether the human disease is genetically determined and whether the gene responsible for the disease is known.We then examine the sick father or mother if he has not been studied before.The type of succession can be autosomal dominant or recessive. the disease recessive is inherited, another parent must be examined, or not a carrier of such a disease.If it is determined that the other parent is not the carrier of the disease, there is no risk that the disease occurs to their expectant baby, "said Tumėnė.

If the autosomal dominant type of heredity is determined, the risk of transmission of the disease to a child is high, about 50 percent, even if the other parent is not the carrier of the disease. If the couple is already expecting, it is recommended to examine the fruit as a result of this genetic disease.

If the baby is still planned, parents can choose an artificial insemination procedure with pre-implantation diagnostics. Preimplantation diagnosis allows you to examine embryos for possible genetic diseases, so only healthy embryos are placed in the womb and parents have a healthy baby.

According to S. Tumėnai, geneticists should be approached if a woman had two or more miscarriages in the past and if the previous pregnancy was terminated due to fetal-related genetic disease when a family with a genetically ill child already has a genetic disease, suffering close family members from genetic diseases.

It happens that families are made between family members, such as cousins. If the increase in such a family is planned, geneticists should be consulted with doctors and assess the risk of genetic diseases for future offspring. 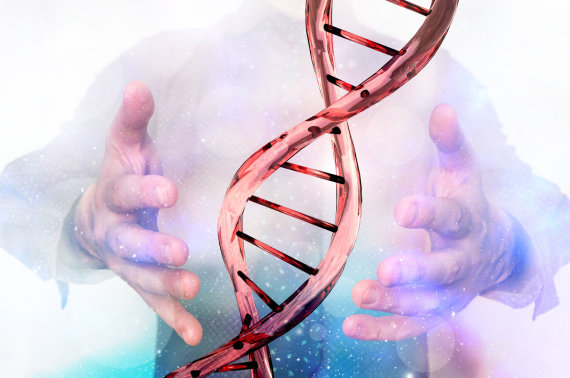 Genetic counseling is required if a woman is pregnant or planned to be born at the age of 35, or if her future father is older than 42. Unfortunately, the risk of different births with age only increases.

Older mothers are at increased risk of developing a child with chromosomal changes responsible for Down, Edward or Patau syndromes. And older fathers increase the risk of transmission of autosomal dominant diseases, such as achondroplasia, Aperto, Krusono, Retio syndromes.

Gynecologists or GPs refer to women for genetic counseling if they have a fever of more than 38.5 degrees during pregnancy, the use of certain medications and infectious diseases. All this can influence the development of the fetus, lead to congenital abnormalities, malformations of the heart and brain abnormalities.

Genetic tests are available if there are certain indications and there is an increased risk of future health and development of the baby. If the fruit is already over, you do not change the genes. Genetic tests of the fetus only provide clarity: in some cases it will eliminate anxiety and parents will quietly wait for the end of the pregnancy, others – parents must make a serious and responsible decision – raise a disabled child or end a pregnancy.

Even if the parents are determined to keep the baby in any case, they must do a genetic fetal examination to determine which disorders the child will have. It is important to know when you are preparing for birth because a baby may have to undergo a complicated operation. Ideally, when such births are planned, a team of physicians in the area of ​​specialization awaits you.

So far, genetic research in Lithuania is mostly performed from fetal water or primary placental tissue. These are invasive examinations that slightly increase the risk of miscarriage. In addition, if a woman's blood group is minus, an invasive study must make the administration of anti-immunoglobulin necessary to prevent the body from being immunized and not endangering the fetus.

"According to the most advanced method of NIPT-fetal research, a blood test, a non-invasive procedure is carried out, mother and fetal organisms are maintained and there is no risk for pregnancy," Tumėnai said. – The test is from 10 weeks of pregnancy. We send samples of blood samples to a specialized laboratory in Switzerland. Within 5 days it is determined whether a future baby will have no chromosomal pathologies. "

The accuracy of the NIPT study is 99.9%, it is examined for the most common chromosomal trisomy 21, 18 and 13 chromosomes, changes in the number of chromosomes and microdeleties – chromosomal diseases that do not lead to a deficiency or excess of not all chromosomes but of small parts.

Microdeletions result in heart defects, intellectual and other conditions that affect both older and younger mothers. It can be given regardless of the age of the woman, additional illnesses, as well as during a double pregnancy. The NIPT study also identifies the gender of the future child.