The professor warned of mutations in the coronavirus: this threatens the effectiveness of the vaccines being developed

lithuania November 11, 2020 lithuania Comments Off on The professor warned of mutations in the coronavirus: this threatens the effectiveness of the vaccines being developed

Although it is announced that the vaccine could appear at the end of this year, the researcher at the VU Life Sciences Center said that it is most realistic to have vaccinations in our country next year.

At the same time, she stressed that there is still a need for final research, information about possible side effects. In addition, the mutation of the virus poses a significant threat.

At least 70% must be vaccinated. populations

A. Žvirblienė said the predictions are very ungrateful, but stressed that vaccinations are a recognized tool and should be effective, speaking of the possibility that we could soon have a successful development of the vaccine.

“If a sufficiently large number of people have resistance, the spread of the virus is of course significantly stopped. If the vaccine were registered before the end of the year, the manufacturer would have to produce about sufficient doses.

It is said that more than a billion doses are to be produced next year, so it wouldn’t be very realistic to expect enough for everyone this year. And once it is in place, the vaccine must be brought in and vaccinated. It depends, of course, on people’s state of mind, so far in Lithuania there is not a very high percentage of people willing to get vaccinated, ”explains A. Žvirblienė.

The professor stressed that in order to achieve the effect of controlling the spread of the virus, about 70 percent must be vaccinated. populations. She added that it should not be forgotten that some people are sick and resilient.

Results remain to be seen

“Let’s hope the vaccine is a success, but clinical trials must be completed. Because an interim result has been announced so far. The results are that 94 people in the placebo and vaccine groups became infected. Most of the subjects were in the placebo group and the efficacy of the vaccine is calculated accordingly.

But in order to complete a Phase III clinical trial, the protocol must infect 164 individuals who volunteer to join the trial. And then all side effects must be assessed, so not only efficiency but also safety, ”explains the specialist.

Concerns about the virus mutation

The wave of fear has disappointed Denmark with the announcement of a dangerous mutation in the coronavirus associated with tissues being grown there. According to the researcher, this concern is not accidental, because the virus is constantly evolving and mutations are a natural part of it.

“The more the virus spreads, the more of those errors occur in the genome. And if they are virus-friendly, those variants survive. How threatening is the example of Danish substances? The virus has jumped to another host, ie the tissue. and this is not news as this virus infects not only them but also ferrets, cats etc.

And when such a change takes place in the host of a virus, that evolutionary process of the virus takes place even more intensively. This means that the changes in the virus that have taken place may be the reason that the antibodies formed and the immunity to that virus will generally not be as effective anymore, ”explains the immunologist. 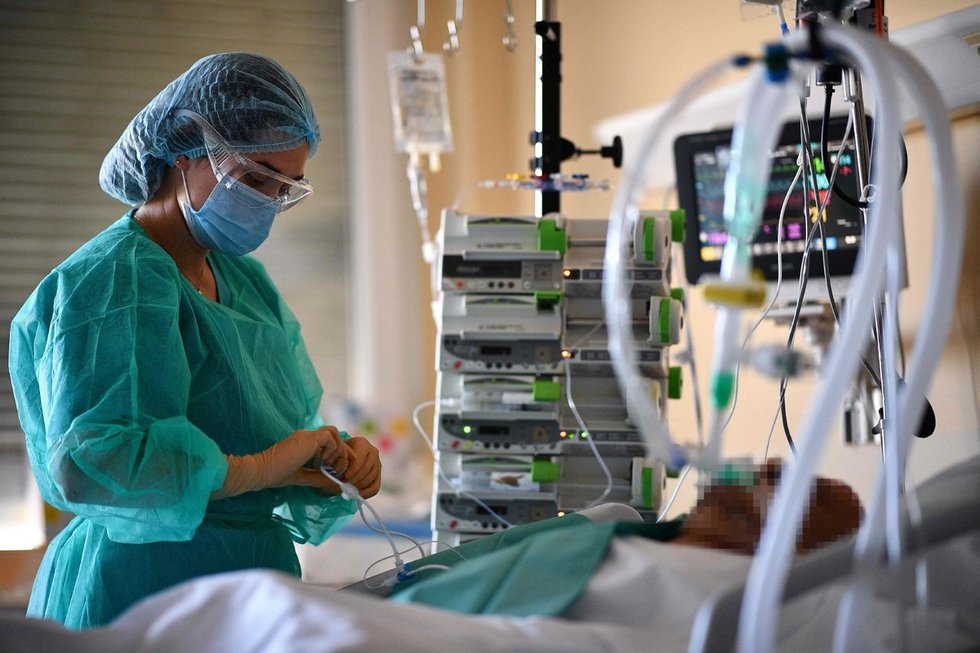 According to A. Žvirblienė, in such a case, the effectiveness of the vaccines that are expected to be developed would decrease, and therefore there is currently an active reaction: both tissues are destroyed and people infected with this virus are isolated. She stressed that once the hearth is located, it won’t be a problem.

As the scientist added, no one in the world can know where the virus will evolve.

“All vaccines that are being developed use the virus sequence that is known so far. Otherwise it is impossible to develop vaccines, ”she said.

According to A. Žvirblienė, these mutations may not be that significant, especially since these mutations do not spread. However, in the sadder scenario, work on vaccine development must resume.

“If the viral protein that supports current vaccines changes drastically, there will be no choice but to use those technologies to develop a new version of the vaccine. But since the technology has already been tested, it is not that insurmountable” , she explained.

The researcher added that a mutation that does not necessarily occur in a Danish tissue farm must be replicated on such farms in other countries, which also requires investigation.