The twentieth anniversary of the euro: a giant on a fragile basis

lithuania January 1, 2019 lithuania Comments Off on The twentieth anniversary of the euro: a giant on a fragile basis 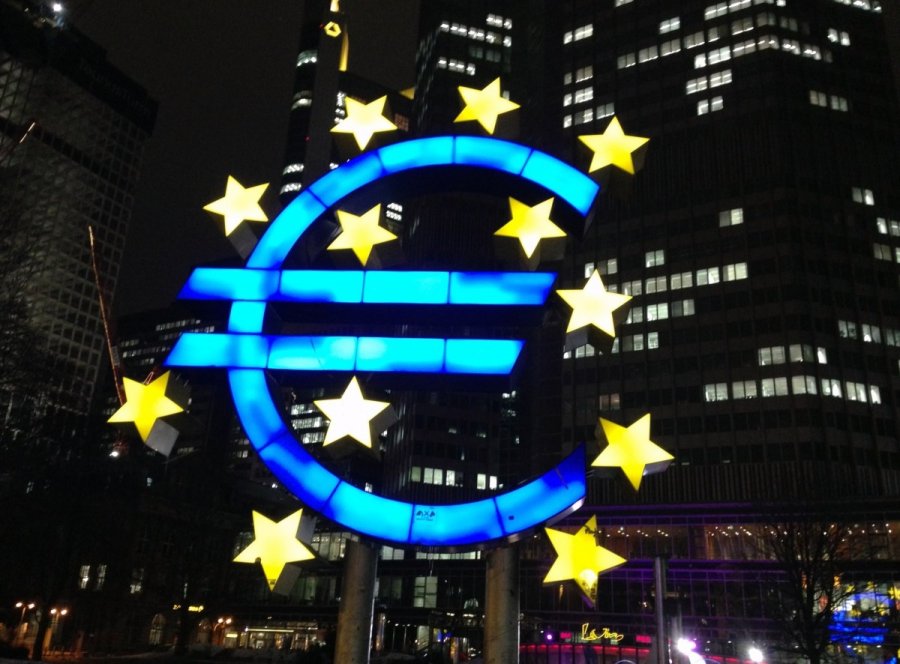 But without the closer integration of the euro into the euro, it is destined to remain a fragile giant, observers say.

On 1 January 1999, the "born" euro originally existed only as a virtual currency used in accounting and financial transactions.

It has become the currency of three years and now the euro coins and banknotes are used by more than 340 million people in 19 countries of the European Union (EU). people.

Later, when it was assessed how easy it is to travel and trade in the euro area without having to worry about currency fluctuations, the single currency was recognized.

Today the euro is more popular than ever before, and this is not prevented by the rise of even Eurosceptic populist movements in the different countries of the single currency block.

A survey by the European Central Bank (ECB) in November showed that 74% of respondents said they were not. citizens of the euro area believe that the euro is favorable for the European Union and 64% for the euro. believes that it is beneficial for their country.

"The euro is an established value among the population, which must be recognized even by parties settling," says Nicolas Veron, economist at the Peterson Institute for International Economics in Washington and the Bruges Institute of Ideas in Brussels.

The American dollar continues to dominate the world, but the euro is now in second place. However, the single currency has not yet reached the level at which the US currency can be challenged.

When the consequences of the financial crisis in 2008 in the euro area called for a debt crisis that led to the rescue of various countries, the euro has landed at a crucial moment in its history. The common currency union then dangerously approached the collapse of the collapse, and the unit of the block had to undergo a difficult test.

Experts say that the difficult times have overwhelmed the initial weaknesses of the euro project, including the lack of fiscal solidarity through debt mobilization, investment and thus both the risk and the absence of the last lending institution.

The rescue for the euro in 2012 is attributed to Mario Draghi, head of the ECB, who then legendary words that the Frankfurt-based institution responsible for the monetary policy of the eurozone "would do everything" to the common currency to save.

The ECB promised debt-free countries to buy unlimited amounts of government bonds when needed. This so-called monetary policy transaction program has brought markets to rest, even though it has never been used.

In recent years, however, the ECB has taken unprecedented steps to secure money transfers in the euro area and to prevent deflation.

The central bank of the euro area has set a record low interest rate, offered cheap loans to banks and spent more than 2.6 trillion in 2015-2018. euro for government and corporate bonds.

Almost 2% of the target set for inflation is approaching the ECB. It is generally assumed that these incentives can be called the success story of monetary policy.

However, observers complain that nineteen countries in the single currency block are not doing enough to implement the political reforms needed to better prepare the region for future recessions and to achieve greater economic convergence.

Disagreement with the parties about the establishment of a European deposit insurance scheme, the banking union that has been debated for a long time, is still incomplete.

And the courageous proposal by French President Emmanuel Macron to create the budget for the euro area did not receive the same courageous support: the Member States had to deal with the soft offer in December.

More ambitious plans by Mr Macron to appoint a eurozone finance minister or to set up a European international monetary fund were generally pushed back.

In the meantime, the ECB has taken all possible measures to support the euro, the former French central bank economist Gilles Moec noted.

And Veron believes that the euro has been strengthened by clearing bank balances, efforts to manage sovereign debt and the exceptional actions of the ECB.

The euro is now a giant on the brick, not on the ground of the sand, "he noted.

BNS information from news agencies may not be published, quoted or otherwise reproduced in the mass media and on the internet without the written permission of UAB BNS.