Plungė, Rietavas and Telšius have been shocked 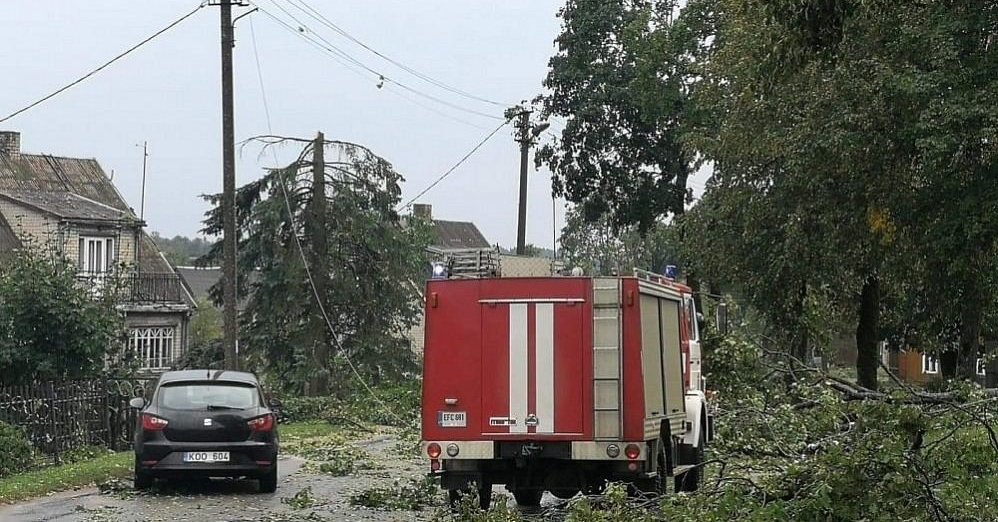 Tomas Kavaliauskas, a spokesperson for the Energy Distribution Operator (ESO), said that around 2.5 thousand consumers do not have electricity in the Telšiai and Plungė districts.

"The brigades have left the blame and in the near future the power supply will be restored," said T. Kavaliauskas in the BNS.

BNZ said that around 15 calls were received in the afternoon, with the request to remove the consequences of the natural disaster.

The driver was crushed and killed. Is the accident associated with casting, still unknown. Firefighters were called to release the driver.

Around the Telśius on Friday afternoon was a storm, reported gismeteo.lt. The website of the weather forecast announces that the trees in the city of Samogitia have been torn, the roofs of the house have been widened.

After a strong wind in the vicinity of Telšiai, much damage has been done. The exposed photos of the residents show how the firefighters remove the fallen trees after a storm with a hail.

According to reports, the part of the roof of a wooden church was torn by a storm in Jarėnai, the district of Telšiai.