Teachers do not get 17 million euros: it is not effective in the transformation that will take effect in September. 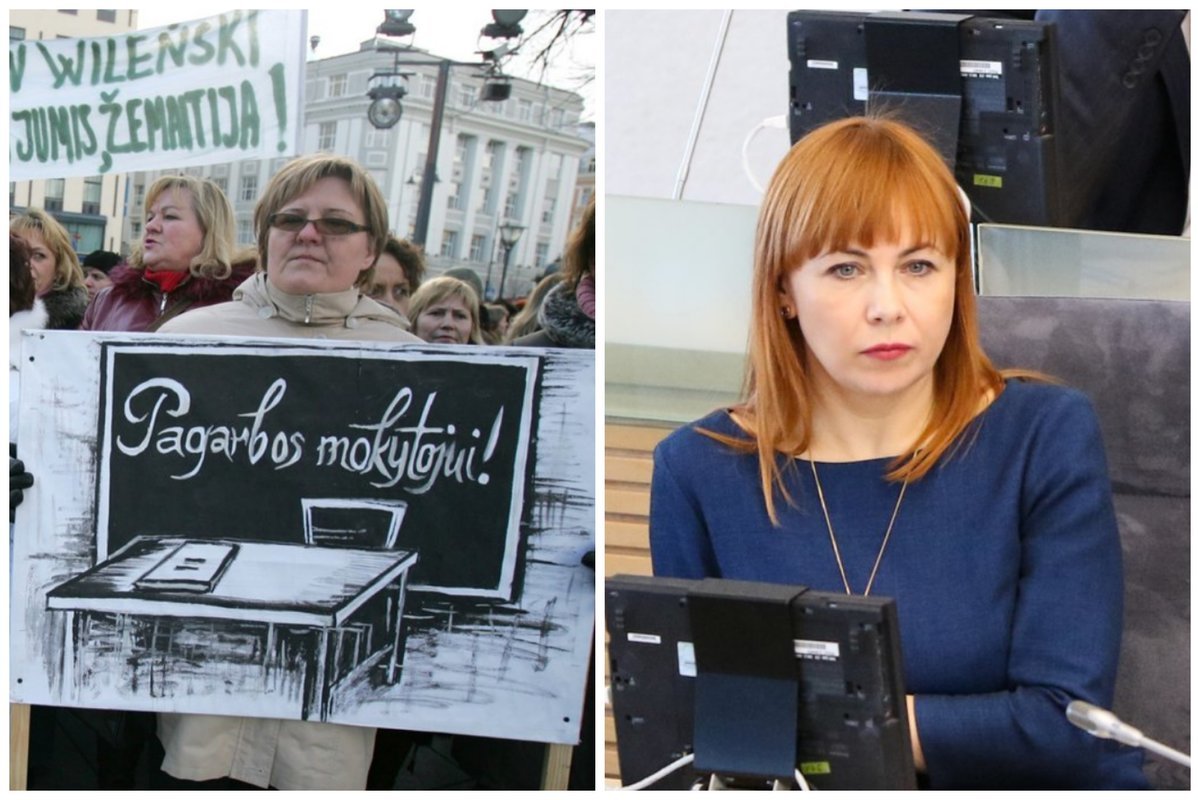 Already in September, the teachers of the first country were trained to receive more than € 17 million in financial injections and higher wages must be guaranteed through the introduction of paid rewards. However, teachers are still skeptical about reorganization. A portion of the salary spreadsheet produced by the Ministry of Education and Science has investigated how much salary is waiting for them after the reform has ended – this is lower than the current one.

17 by half a million euros from 1 September and almost 80 million euros for the next two years. In addition, the state pays such amounts of salaries for teachers in Lithuania. However, some of the teachers do not understand how to introduce a paid salary for pastoral wages.

At the beginning of the school year, regardless of the duration of the teacher or a qualification category, the full position is 1512 hours per year – or 36 hours per week. And this time includes not only contact hours with students, but also preparation for lessons, repair work and work for the community, for example the preparation of performances.

And for those educators who so far have not had such a workload and worked part-time, he will not artificially complete the full amount, which will be the starting point for calculating salaries. Teachers are therefore angry that they will just be paid for the extra work they did before.

"It is said that you have never paid for some work, and now we will pay you for that, but in the amount that will now be paid for extra work, we will receive less than if no extra work was paid," Ana Jankelevič, a teacher.

The Minister of Education and Science Jurgita Petrauskiene is of the opinion that the salaries of teachers will increase by about 20 percent, but not for everyone, despite the full reimbursement, the amount of the reimbursement will remain dependent on time and qualifications.

Also of the number of pupils that change every year, part of the reward of teachers can decrease. The ministry has developed a web-based spreadsheet by default, but some of the teachers use it as a reform, because according to them the salary will not only increase but also decrease.

The Minister of Education calms the way in which they make mistakes when using the calculator. For example, bad refers to weekdays – instead of 42 to 36, because the pay is paid on vacation. Even after seeing the smaller sums forgotten and accessories.

"Teachers now look at the salary they receive now and do not appreciate receiving an extra bonus – it does not eliminate the add-on system when it enters a fee and these options are available. without attachments, "said the minister.

Part of the teacher reform is also skeptical about the gap between metropolitan and regional schools. Only tangible salaries can only be expected by educators from smaller educational institutions.

"That reform does not increase the salaries of teachers, that is, the expansion of jobs for which teachers will receive compensation, and salaries for people with a lot of work would not really increase this," said Audronė Garšvaitė, a teacher.

According to teachers' unions, not all school leaders are ready for the first and financial restructuring of September, although it is not entirely clear how many students will receive this year and how they can calculate new salaries this year. There is also the fear that funds for teachers can also be used by schools for other purposes.

"The wages and salaries that are awarded to additional teachers, they can not be used for other needs, and to ensure transparency, we have made a study last year into the salaries of teachers, and this study, based on Sodra data , will be done in November of this year, "he said. J. Petrauskienė.

Regarding the reform of education, the opposition of the Sejm turned to the presidency in July. The leaders of the country were asked to veto the restructuring because it was being rushed, and some of the teachers could use the new order and imitate extra work or after-school activities.