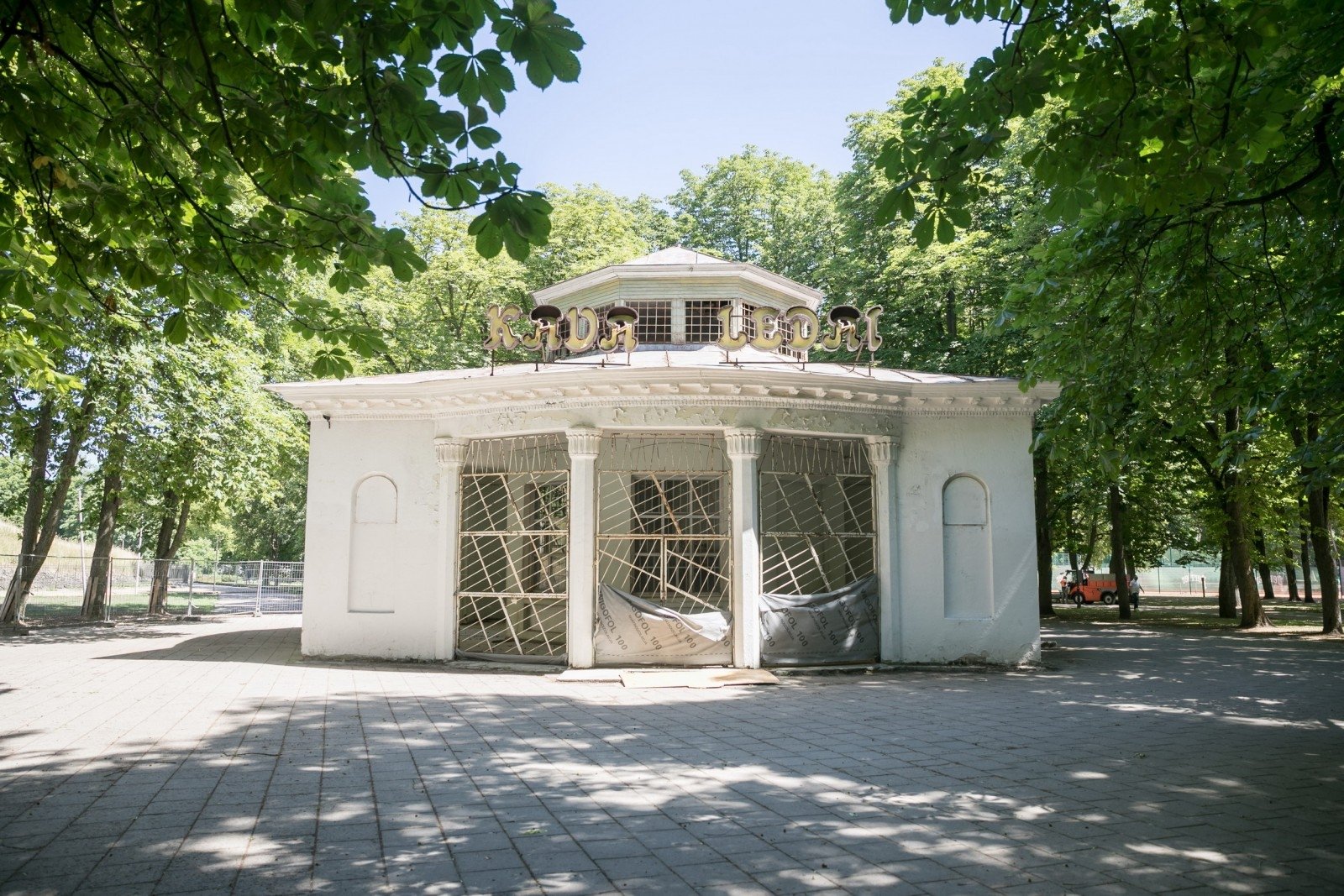 "Soon, in the old ice hole, classical music will jump over ice.Rotonda traveled for over twenty years without result from the hands of a tenant to the other.The city administration then did not understand that it was necessary to carry out preparatory work for the successful development of the business model – to manage communication with the building, to enter electricity, water and gas.Finally, today we can rejoice at the end of this bizarre marathon – we have new winners of the rental competition, which city ​​people will give back this important space and eventually Rotonda will become a new cultural attraction center in Vilnius, "said Povilas Poderis, the director of the city council of the capital.

The new chamber music café will invite all residents and guests of Vilnius to enjoy the best classical and jazz music. The café, which has no name yet, organizes concerts with live classical music, poetry readings, and holds meetings and conversations with various artists, composers and writers. It is the intention that after the establishment and full application of the new building in the old Rotondai an art gallery will appear and educational events for children and young people will take place. It is expected that the café will start its activities in the spring of next year.

Leonidas Donskis was inspired by the winners of the legendary Rotondos Rental Competition.

"The Chamber Music Café is dedicated to representing Lithuanian music culture, promoting creativity and promoting cultural education, inspired by the thoughts of Professor Leonidas Donskis that there is a fantastic connection between the Italian Baroque in the capital. city ​​and modern music – Vilnius L. Donskis was a city of chamber music, "- the company that won the tender told the municipality about the idea to establish a café in the municipality.

The club "Tamstos" exists 13 years and during its activity year more than 2000. concerts and other cultural events. The club was chosen seven times as the most hospitable capital music club and twice won the best Vilnius Bar from the Vilnius central police station. It is expected that the newly established café in the city center will also receive the same popularity and appreciation.

After winning the competition, the company will invest about 100 thousand. EUR to the existing buildings for the planned activities. The winner is entitled to change the interior decoration of the building, to carry out repairs or to set up a terrace. The lease agreement is concluded for a period of 5 years, with the possibility to extend it further Rent price – 7.5 euros per square meter per month. Total building area – 218 m² M. meters, the total rent per month is 1.635 euros.

In its turn, the municipality is currently completing the installation of technical communications, electricity networks. By October, a gas pipeline and a network of water and waste water have to be introduced. After renovation of the technical networks, the rooms are available during the cold season.

The competition was attended by another company – UAB Beauty Look Express, whose idea was to rent electric scooters, trade souvenirs and products, sell coffee, pack rolls and sandwiches. The winner was selected on the basis of the evaluations of the members of the working group formed by the director of administration. The Commission assessed the needs of target groups, the content of educational activities and events, the diversity of activities, the ease of working time for visitors and the plan to realize a financial idea.

The Rotonda & ice cream bar was built in 1956 in Bernardine Gardens and Gediminas Hill and was in use until 1992. After that, it was tried to breathe new life into the long abandoned building by renting private companies, but the processes were tense. 2004-2012 m. The buildings were transferred to Gairė. When the company sold its shares in 2012, A new version of the lease was signed with UAB Vičiūnų restoranų grupė, which was valid until 2017. However, in 2015 All rights of this company have been taken over by UAB "Matillda", which ended in 2016 the contract with the municipality.