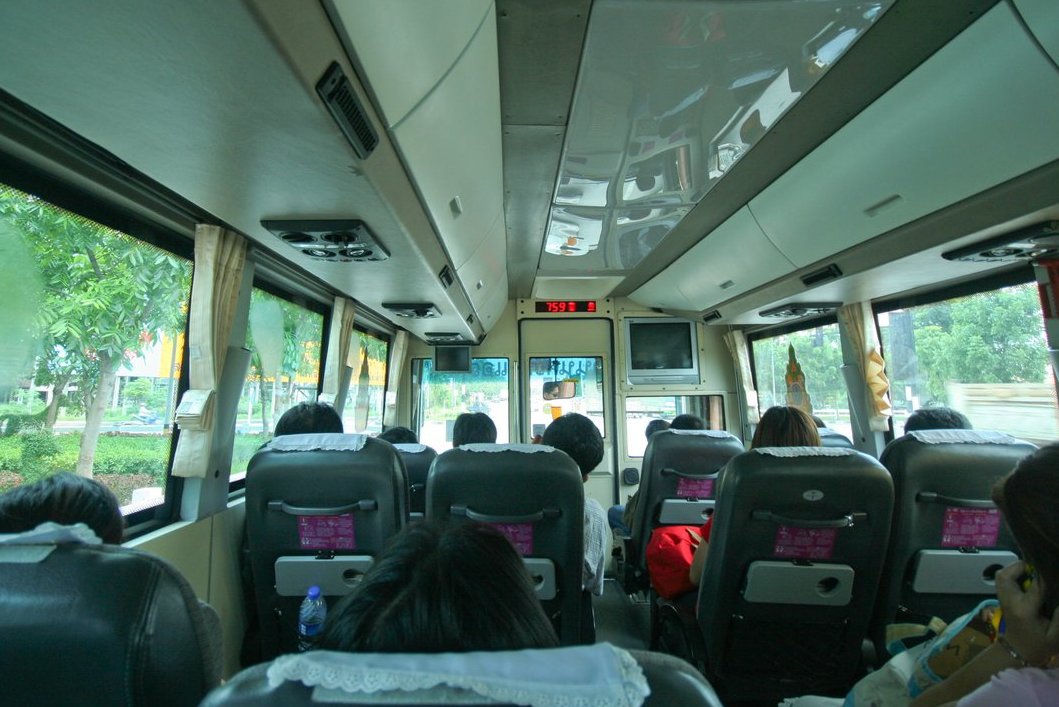 The inhabitants of the Švenčionys district have been threatened with local bus routes since September, but the city council decided that the passengers would be temporarily transported free of charge.

From 1 September, but not later than 7 September, all planned local transport services set up by the municipality of Svencionys are free until the courier installs cash boxes in the bus and can pay for the service against payment, the Board decided.

This provision applies to each route separately.

"I want to believe that the company will install the system sooner than 7 days, and today these works have started," said Rimantas Klipčius, mayor of the Švenčionys district.

For the free transport of passengers to the transport company "Transporto Centras", the municipality is planning to pay no more than 7 thousand. euro.

Short of a month

The inhabitants of the Švenčionys district have been threatened since September without local bus services. The municipal emergency committee warned of an approaching extreme social event on Thursday morning during an emergency meeting.

The municipality has signed an agreement with the Transport Center for the next five years in August, but has to start supplying services from 4 October.

At that time the current carrier – the company "Svirka" – completed the work on Friday 31 August.

"There was a month between September 1 and October 4, when a new carrier announced that he was unable to provide services under the specified conditions." The municipal administration was obliged to reopen a public tender for these services, four matches were held, only the latter was successful, only the contract for the provision of services was signed, "explained Klipčius.

During the meeting, the head of the municipal department for legal and civil registry Vygandas Kastanauskas stated that three public tenders did not take place because of the price of excessive services offered.

According to V. Kastanauskas, "Svirka", who transported the population of the district for two decades, unreasonably increased the price during municipal competitions. For two months the company initially asked 130 thousand. EUR, and when the sum increased to 240 thousand. EUR with VAT.

Svirka's head Vytautas Bulka is also a member of the municipal council of Švenčionys, the leader of the opposition. He was not present on Thursday at the deliberations of the Council on this subject, with other representatives of the opposition. They argued that the proposed decision was illegal and left the meeting room.

"It was perhaps a political action with the desire not to represent the interests of the district, and the desire to somehow damage, destroy and cause chaos in the district," said the mayor of the BNS district.

At the meeting, the Chief Executive Officer Andrius Šarėjas confirmed that the municipality was still due to Svirka for the services rendered. According to him, the debt could amount to several tens of thousands of euros.

V. Bulka, in turn, told the BNS that an extraordinary situation arose due to the debt of the municipality administration.

"Here is the maltreatment of the town council because they knew the conditions well The most important match for passenger transport took place in April and it was time for the transporter to prepare for his work.There would be no emergency situations," – said V. Bulka.

According to him, the municipality had another possibility – to offer his company a month-long extension of the service.

"But the municipality tried to organize small matches – for a month and three days they thought they could buy a very cheap service for such a short period, but according to business logic, the shorter the period, the higher the price. …) We missed the drivers, we had to get out of the way, they signed up for large monthly salaries, because bus drivers are not ordinary drivers, they have a special 95 code ", said the head of Svirka.

The opposition spokesman was considered illegal on Thursday, so that eight members of the council appealed to the public prosecutor's office.

"At the city council the mayor took an hour and 40 minutes, a pause he could not do because there was no quorum at that moment, only 11 members of the board stayed outside 25. Without knowing that he was announcing a break, one member of the council returned home to a member of the Electoral Action of Lithuanian Poles, the Christian Family Association, who apparently, was sick because she did not attend the meeting in the morning and her morning half-an-evening brought to the city council, and thus accumulated a quorum – 13 votes and confirmed this questionable decision & # 39 ;, – said V. Bulka.

In the statement to the public prosecutor's office, the members of the council state that the mayor with "undefined comrades with regard to said woman and other members of the council may be unlawful deprivation of liberty (Article 146 BC), exploitation of forced labor or service (Article 147 BC) , restriction of the freedom of action of man (CC 148) has committed str.) actions ".

Members of the Council also blame the mayor for bribery, influence, bribery, abuse, non-performance of employment, threat to an official, interference in his activities.

R. Klipčius blamed the former district authority for the situation because he decided that the municipality did not need its own bus fleet and handed over services to a former mayor. According to the mayor, a letter from the Competition Council was received in 2015, so that the municipality can organize a new competition for the purchase of passenger transport services.

"Those tenders, which lasted three years, usually went to court, the court processes were not enough and the current carrier Svira UAB complained," assured the mayor.

The municipality must guarantee the transport of passengers on 19 local routes, including Svencionys-Vilnius.