Why do people deny that the earth is round, AIDS is being transmitted and other obvious facts? 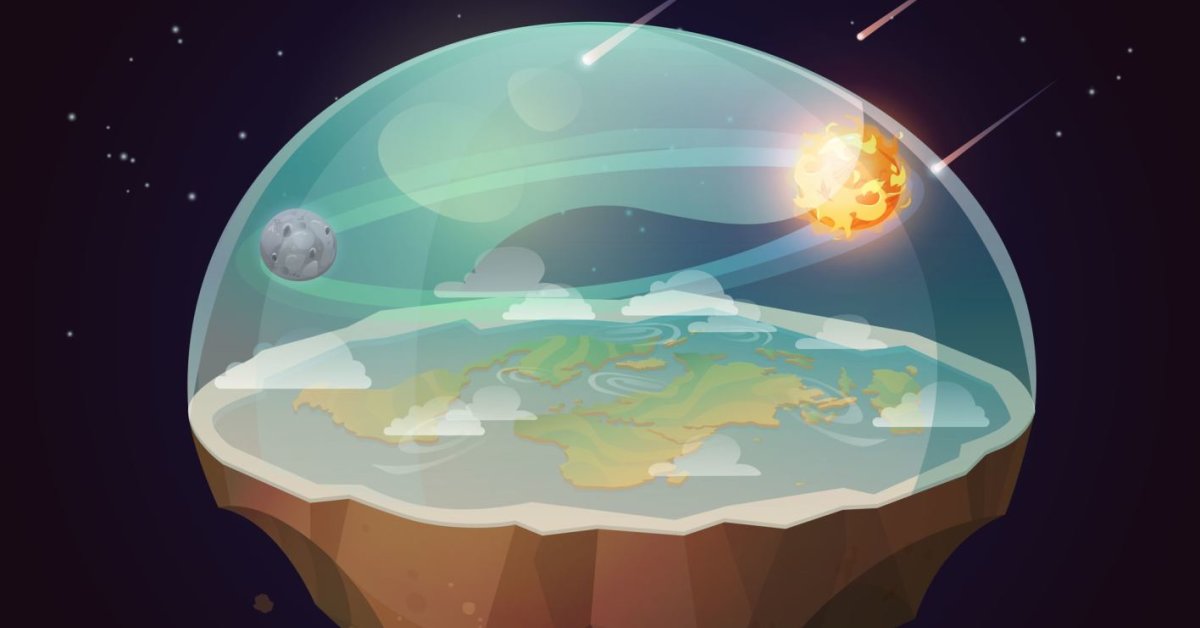 Many know the story of how, 150 years ago, the Hungarian doctor Ignatius Zemelveis had ridiculed his colleagues, dismissed the work and admitted to a psychiatric hospital because he had offered his doctors to wash their hands before the operation. This is an example of denial – the tendency of people to deny facts that do not conform to their beliefs.

Despite the availability of information (and partly and precisely for that reason), denialism is widespread today. Some do not believe in the effects of vaccinations or climate change, others deny the suppression of the Holocaust or Stalin, others are convinced of the damage that GMOs have caused, and so on – so much too much that the phenomenon is compared with the disease. The Republic decided to find out and understand why it is generally accepted.

Where does denialism come from?

According to the former head of the American Psychiatric Association Paul S.Appelbaum denial is "deliberate, often determined by the neglect of psychology to focus on information that can provoke a disorder or anger, and therefore does not allow a person to enter their belief system. . " In other words, this is a way to explain the world and find a balance in it. If you like juicy steaks or chicken wings, try not to think or just disagree that the animals feel pain. Psychologists even have the name: meat paradox.

Ignoring unpleasant assumptions or facts for many is a way to deal with their fears as a case of neglecting the need for vaccines. But there are other motives – for example, personal interest: cigarette manufacturers denied evidence of damage to their products, oil companies have challenged climatologists because of global warming. Michael A. Millburn, professor of psychology at the University of Massachusetts, wrote about denialisation: "It is difficult to make someone understand something if his salary depends on his misunderstanding."

The most common form of denialisation is rare in bad guys. Mostly they share the fear of change and the common desire to behave in the right way – for health, family and peace. For example, there is the fear of GMOs, the refusal of vaccine benefits, the desire to buy strictly organic products: naturally, we want children to be healthy, food-safe and natural. And because we often do not know who and what we have done with our food, we carefully respond to uncertainty before we buy it in the store.

Sometimes the denial of contemporary knowledge is supported by religion or "common sense", that is, a long-standing opinion. Partly this is also due to the distrust of the authority – which we had too much confidence in earlier. A few clicks on the computer mouse and you can find a lot of websites that invite incredible government, large research center scientists, manufacturers, because they all only think of profit and soothe our vigilance.

One of the strongest denials of tricks is the lack of consensus in the scientific community, and thus trying to neutralize the results of the research. According to Shawn Lawrence Otto, a science journalist, writer and author of the book "War Against Science," credible science is a statement that is proven by most of the evidence. No questions have been agreed, and conflicting voices are necessary – it is also the backbone of many deniers.

Denialist arguments often refer to reliable information, but are taken out of context and used selectively. This is called "cherry roll". Another way is to use the evidence of questioned or non-subject expert judgments. The logic is that if one of the industrial meat producers uses antibiotics, they are used by everyone, so all organic products are good and all mass production products are bad. If some pharmaceutical companies sell expensive drugs very expensive, this means Everywhere is deception and better use. of "natural" alternatives.

Other common denial strategies are "Finishing Line" (move the goal post) and conspiracy. In the first case, one side of the debate constantly requires other new evidence, refusing to recognize those who have already been submitted. Secondly, the arguments of the opponent are rejected and claim that an external force has put everything in order to convince the masses.

Examples that do not have to be conceived

Scientists claim that there is still no evidence of damage to GMOs for healthy people. The genetic modification used in agriculture differs little from the traditional selection methods. Nonetheless, the fear of GMOs and the ignorance of data on technological security are widespread: according to surveys, the US has a 79% confidence in the risk of GMO products. (not just 18%), in Russia – 80%. (do not believe it – 12%). And if the products are personal at their own table, it can be disastrous to deny the facts at the level of national governments.

If denialization involves people who can lead to the fate of other people, the consequences can be terrible. In 1999-2008, Thabas Mbeki, President-in-Office of the United Arab Emirates, refused to believe in HIV / AIDS. He believed that AIDS was caused by poverty and poor nutrition; when he announced this in 2000 at a UN International AIDS Conference, hundreds of congress participants left the hall. The researchers then calculated that the absence of a Mbeki denial policy and the absence of a state program to combat the disease led to 330,000 deaths that could have been avoided.

The fact that even in ancient Greece it was known that the earth was round, the English inventor Samuel Rowbotham did not prevent the return to the flat idea of ​​the earth and in 1864 published a book about it. He assured us that our planet is a disk in the middle of the North Pole and on the edge of the ice wall. He made these claims, traveled through England, appeared to the public and was so convincing – so convinced that in 1956, based on the idea of ​​Rowbotham, the International Flat Earth Society, which had existed until now, was made. In 2017, American rapper B.o.B. got a general interest in his dispute about the shape of the earth with astronauts and physicists.

Many are shocked by the story of Jaeger & # 39; s lieutenant Hiro Onoda. At the end of 1944 he was on board of one island of the Philippines and refused for 29 years to believe at the end of the Second World War. He hid on the island until 1974, collected data about an "opponent" and from time to time he carried out combat attacks, while his boss went to the island and shut him off the task. Almost all the time Onoda was able to read Japanese newspapers and magazines (they left him in the jungle) and even listen to the radio, but still did not believe in the defeat of Japan.

Another episode of resonant denial is the British war historian David Irving, who publicly denies Nazi crimes. In his publications he argued that gas chambers in Owlsmew were motivated, and this position was hateful to Holocaust deniers. In 2006, Irving was sentenced to three years in prison in Austria for imprisonment in accordance with a law that included liability for the refusal of genocide or legalization. After announcing that he was wrong about the Holocaust, he had left the prison earlier in time, but released he argued that there were no gas chambers and Hitler knew nothing about the destruction of the Jews. Historian Deborah Lipstadt, who published the Irving book, called him & # 39; one of the most dangerous Holocaust denials & # 39 ;.