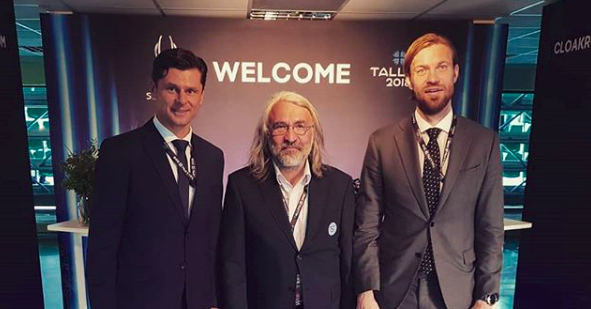 Heads of the three Baltic football federations on 14 August agreed to set up an expert group of the highest level of federal staff. Responsible individuals and specialists in this group will discuss specific activity domains.

During the first meeting, three topics were discussed: the battle against agreed competitions, the development of the highest levels and the future of the Baltic Cup. It was agreed to take concrete action in these areas.

"The sustainable development of football in our region is important, and a good reputation and position of football in all three countries will contribute to expanding the role of our sport in society and in the partner world." In terms of sport we can offer each other more competition, "said Aivar Pohlak, president of the Estonian Football Association.

"The first meeting has already highlighted the important aspects of football visions of the three Baltic states, ideas and a desire to improve.This position of mutual understanding and operational preparedness can form the basis for future projects and the implementation of initiatives with a very high value for the entire Baltic football field, truly inspiring to have such broad colleagues in the neighboring countries who are determined to share their experiences and ideas to contribute to the development of football in Estonia, Latvia and Lithuania, "said Kaspar Gorkš, chairman of the Latvian football federation.

"It is a very positive thing that our countries work together so that we have looked at many things from a common perspective of the region to see, we know that we can learn from each other and complement each other." Football is united, not broken, " said Tomas Danilevičius, president of the Lithuanian football federation.

Another meeting dedicated to the fight against the agreed matches will take place in October or November in Riga.