Saulius Kuzminskas, who joined the board of "Ežerūnas" with his brother Mindaugas, individually hit the high-rise of the club 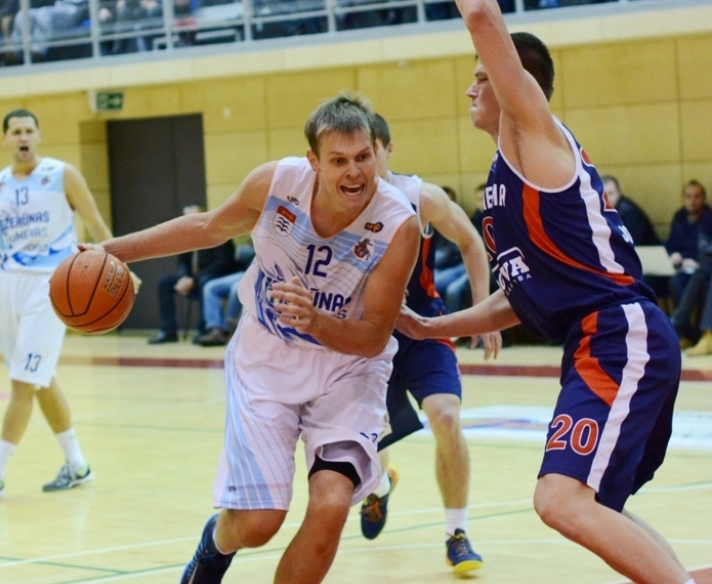 This summer, the famous people of the basketball world, Brothers Saulius and Mindaugas Kuzminskis, invited Molėtai "Ežerūnas" to the board of the club to collect their composition very quickly.

The news that Saulius Kuzminskas became the president of the club and his brother Mindaugas – a member of the council reached the public on 15 August. There were less than two months left until the season, and there was no news about the complete set of the club.

As a result, "Ežerūnas" started to actively collect the team, and Saulius Kuzminskas, who participated in negotiations with basketball players, helped in this process. The team also organized a selective basketball team.

"My main functions are searching for sponsors and contributing to the team's design, Saulius said to the site" nklyga.lt ", but also to the players and the parents of young basketball players." – We really had the composition because our budget is not very high, which is one of the reasons why it is much harder to find players.

As you know, the price of non-contracting players decreases as close as possible to the season, they are more flexible to join the teams. Usually everyone expects to find a team by the end of August, but there is less time left and it is easier for us to invite them. "

There are already 12 basketball players in the Ezerūnas team, but the team wants to fill two highlights by the end of the season: a heavy-handed attacker and a midfielder.

The team will be coached by Tomas Purlys, who works at the Capital Basketball School, and in the summer he became a senior coach of the Lithuanian Youth Championship (younger than 16). "Yes, I also take part in the training process, but now the exercise was slightly less because of different problems, but now that the season is starting, I will work more individually with the revival." Now already working, that's my contribution to their preparation, I will work with tall people in principle, "said the president of the club.

The team left Kristijonas Kirlys, Jonas Zakas, Marius Pociukonis, Eimantas Narušis and Raimundas Ambrulitis. The losses of the most devastating team were three: Ignas Lukošius went to the training camp of the "Happy Casa" of the Italian competition Brindizio, and Karolis Lukošiūnas added "Šiauliai" and Arnas Adomavičius left for the Kaunas Žalgiris-2 team.

Ežerūnas hopes to keep his vision – to prepare young clubs for the most suitable league clubs. The Molėtai team will continue to work together with LKL's Utena Juventus team. The latter was transferred to Arno Berucca in the summer and he has a double license and plays both in the Juventus Club and in Ezherūnas.

The team also admired the young Mantvydas Staniulis, Justas Šukelis and Edvinas Lebeckas. Coach Purly has taken three of his students to the Capital Basketball School: Hubert Pivoriu, who scored 13 points in the 16-year-old team, as did Dominic Ramon and Matą Mačiuskas.

"Our main goal is to rely on young players, we want to train young people to reach the higher level to be fit for Vilnius" Rytui ", Kaunas" Žalgiris "and other LKL teams", – emphasized Kuzminskas.