The bacon "Euro RX" is only stopped a few meters further 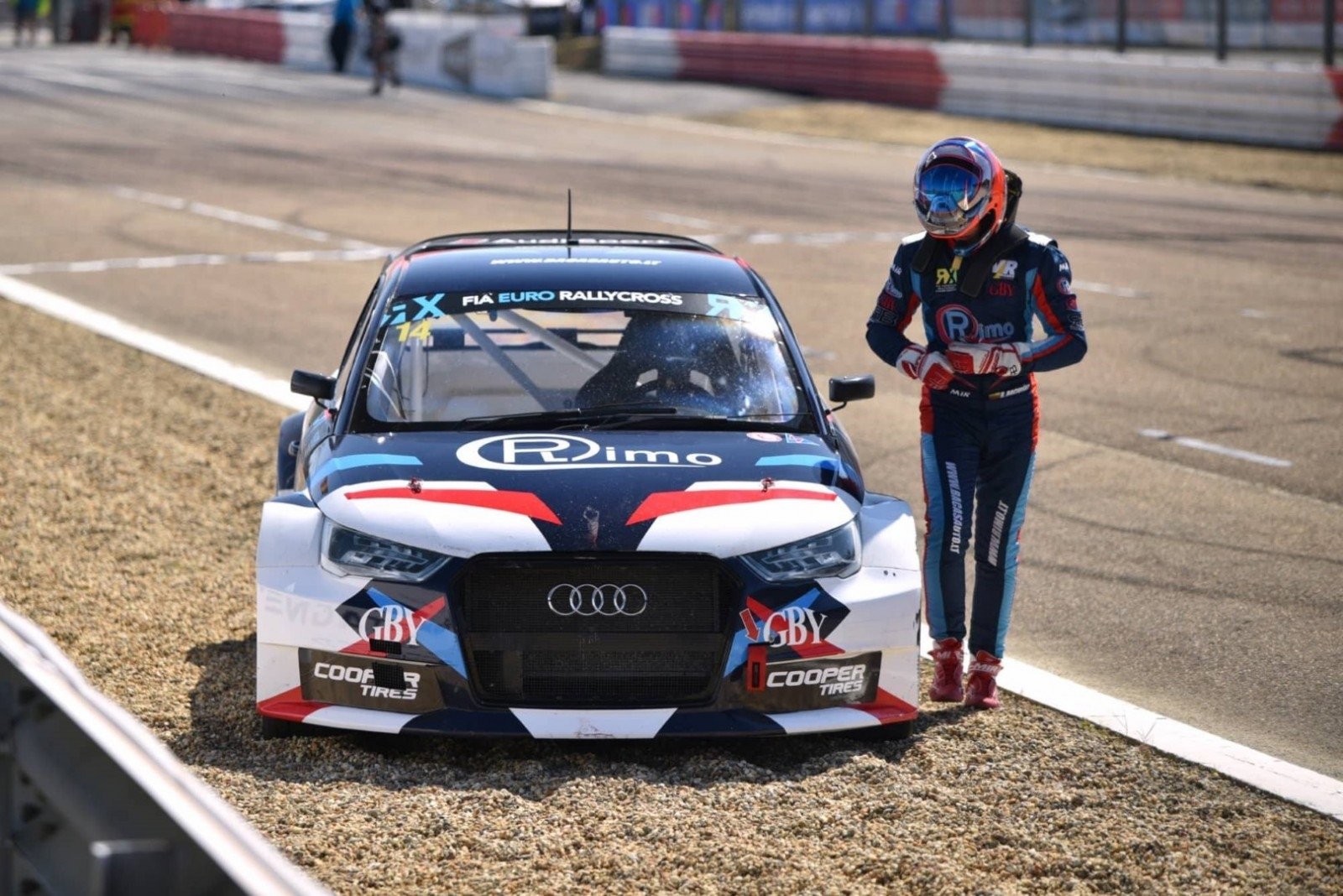 From the first row and with a great chance of a good finish, R. Baciuška, who had appeared in front of the car, saw how his opponents disappeared and, after he had stepped out of the car, had crossed the finish line one after the other over his main rivals at the Euro RX championship: Aydar Nuriev, Gergely Marton, Artis Baumanis and others, said in a statement to the media.

Audi was perfect all weekend, but it is a technical sport and these things sometimes happen. Very sad and sad, but now we will not change anything – the link "burned" at the worst moment. We will replace it and in other stages such a failure should not be repeated. Despite the failure of the finals, the stage was well evaluated – we have managed to approach championship leader A. Bauman, now we have one point and the remaining two stages will be very interesting, "said R. T. Baciuška, after the final.

Despite the failure in the final, R. Baciuška saved the second place in the Euro RX class S1600, and the distance to the leader Artio Baumani was reduced to one point: in four stages scored Let 87 points, R. Baciuška – 86. Perfect in France appeared The Russian A. Nuriev has come to the leaders and has 81 points.

This is not the first failure of R. Baciukska's final for the European Championship. In four phases he went through the final round and fought between six fastest, but only one podium.

Another Polish man, Paulius Pleskov, participated in the European Rally Cros championship in France. Supercars athlete took the 23rd place. With a score of 1 point in 4 stages he takes the 24th place in the general championship. The first in this championship is the Latvian Reinis Nitis, who participated in the 1006 km long Aurum race in Palanga in July. With a Cupra TCR with Justas Jonušis and Robin Vaks, he took the 1st place in the car of TCR.

R. Baciuška will not return to Lithuania after the stage in France. The twelve spend the first week of science, because it leaves for Belgium on Monday – the world's KZ2 karting championship will take place this coming weekend.

By the end of the European Rally Championship there are 2 stages: 15-16 September. Latvia and 13-14 October. In Germany