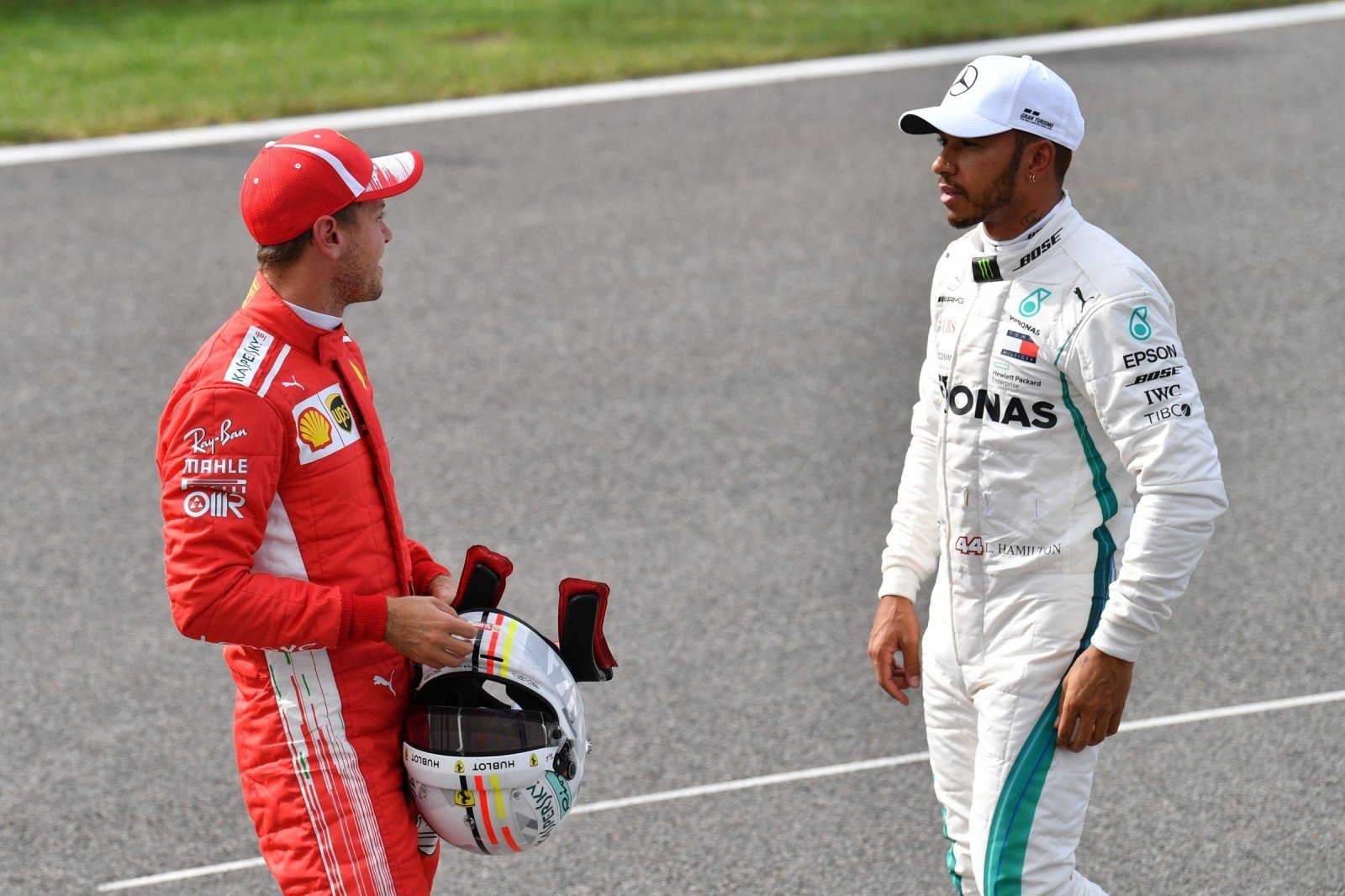 After a collision with the first speed, in one of the corners, S. Vettel sank backwards. The German, however, managed to finish in fourth place. At that moment L. Hamilton celebrated the victory.

"Lewis saw that there was not much room on the outside, but he left me no room, I had no choice, so I hit my car, of course I tried to avoid contact, sorry, but I was the only one on the circuit. turned around, it is somewhat ironic, "said Vettel.

"If you look in the opposite direction, the situation looks bad, but after that I did a good job and tried to beat as many rivals as possible, we scored a lot of points, so everything could end up much worse. this is not the end of the world, we all have a break tomorrow morning. "

"I have nothing to worry about, I think we're fast, the difference looks great, but this difference can be eradicated very quickly."

L. Hamilton did not agree with the opponent's opinion and said that he had left enough space for S. Vettle.

"I think we all started that way." At the first corner, the rear wheels came up with me, and I was surprised Sebos chose the left ", – said L. Hamilton.

"On the fourth turn, he was again surprised by the inner path to choose, although he could try to bend Kim, I saw the opportunity and decided to use it, I learned from what happened in the past when I at that time chose an internal job, so I decided to bend outside of this time. "

"I think there was enough free space between me and him, I suspect the wheels were blocked by him, we did not avoid contact, the car was slightly damaged, but I could continue the race."

L. Hamilton admitted he did not expect to win the race today after training and qualifying at Ferrari.

"I really did not expect this, I start the third one, I remembered the speed during the last race and here, I did not know what position I would finish, and during the weekend we felt the pressure to look the best. not expecting to beat, but prayed, I had a clear goal, but I can not know what it will be like, they could escape like in Belgium. "

In this season, after seven stages, L. Hamilton from S. Vettelio leads to 30 points. The next championship stage will take place two weeks later in Singapore.