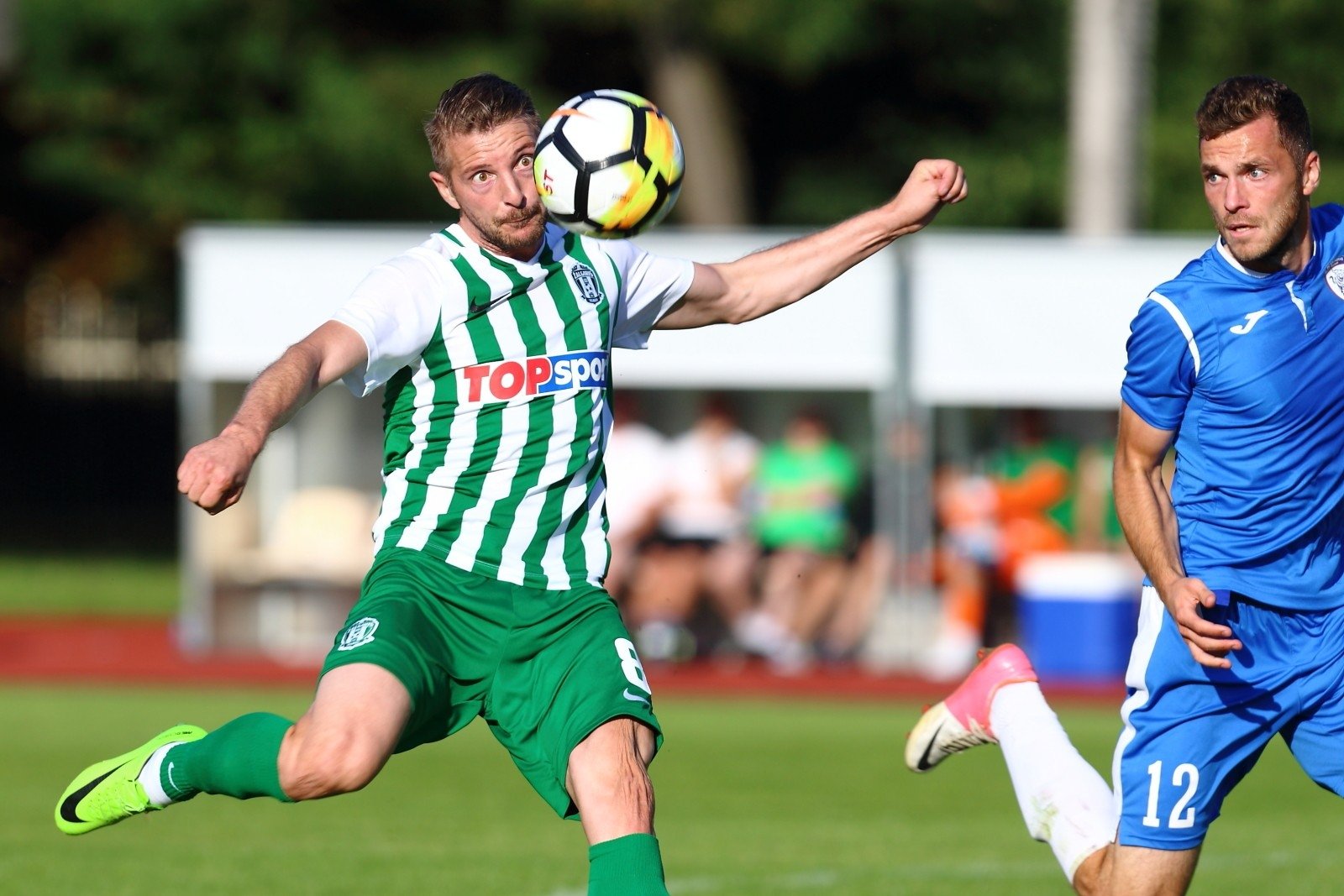 The previous two games ended with the draw, after defeating Stumbras and Žalgiris reached his goal on Wednesday-evening. In this way, the Stumbro team lost five victories.

After the start of a peaceful game, the inhabitants of Vilnius safely took the initiative and dangerous attacks one by one. Even before the second half, even three Zalgiris – Louis Ogana, Liviu Antalis and Slavko Blagojevičius succeeded in shaking the gates of the rival.

The "Stumbro" defense of "Žalgiris" was finally stretched for 25 minutes. Subsequently, after a timely transfer of Saulius Mikoliūnas, L. Antalis Stumbro fined goalkeeper Rodrigo Josvyak to leave the goal.

Žalgiris Rummu scored for the second time in the 37th minute and achieved a penalty of 11 m. He was the target behind Matheus Bissi's foul against Mark Tomits.

At the end of the day, Stumbro's Lucas Villela fled to a quick attack, but goalkeeper Džiugas Bartkus was easily hit by a strike.

In the second half, the image of the square did not change. L. Antali replaces Venelin Filipov has become a new Zalgiris, which has hit the crossroads of the gate. L. Ogana, who shot at the gate a few meters away, also did not use the great opportunity.

The hosts also had a good chance to play for 15 minutes, but Marcosas Junior did not score the goal in the penalty area.

More goals were not earned and Zalgiris returned home with a 2: 0 victory.