If you have ever dreamed of getting out of the routine and moving to a small and quiet city, My Time at Portia is designed to at least make virtualis only for the realization of such dreams. In this game your player takes a few cents to a virtual town in his pocket and takes over the abandoned father's workshop.

The city dwellers are viable and friendly, do not trust the newcomer, but give him the chance to prove his worth. This is what you will do in this game: you will manage the busy pipes of the city, repair fences, make tools and do more and more complex work. 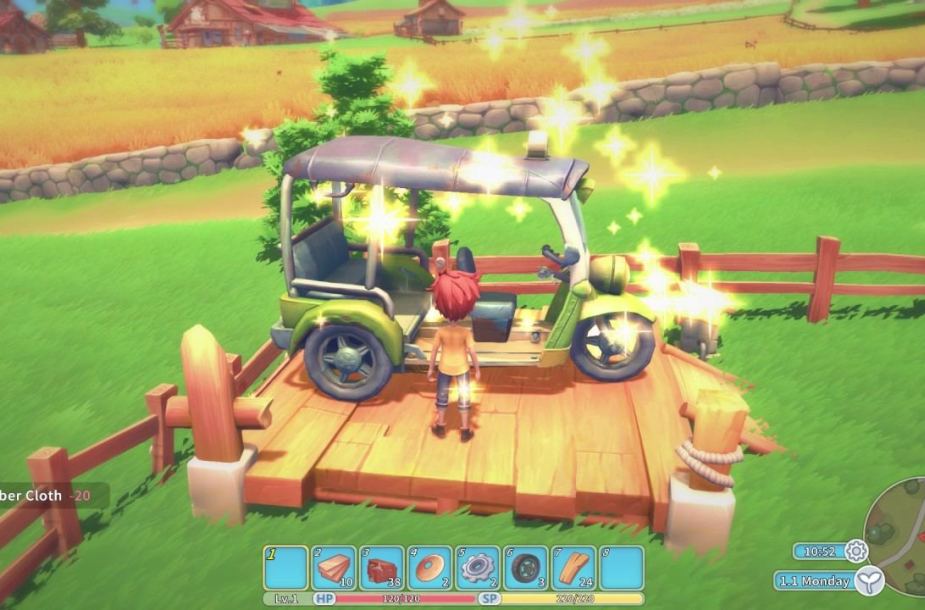 The most attractive element of My Time in Portia is the impact of your work. Existing tasks bring not only benefits for city people, but also for the player. The mayor orders the construction of the bridge – then you can go to the new island yourself. The funds for repairing the elevator arise – you can reach the previously unreachable heights. You contribute to creating a local transport system – you use it every day when you go to the places you need. In addition to the repair and production work, other aspects of the game develop. You have a personal relationship with the urbanites who, after they have become friends, are more talkative, send gifts and ask for help more often. You also refine your fighting skills by chasing rainbow llamas and mutants that are picked up by abandoned factories. If you wish, you can also do agriculture, which will be used to prepare different dishes.

The game also evolves a stinging story in which you vent to some of the unexpected adventures that you have overcome by opening new territories and activities. All these aspects of the game are combined in a great atmosphere. The slow music, the slow pace of the game and the main motivations of the game are lurking and ensure that you can relax after a hard day. It is still worth mentioning that My Time at Portia is still in the test phase, which means that there are technical errors in the game. And while we catch ourselves in the third and fourth quarter of the game world, we begin to feel the lack of content – the main scenario is as if it continues to evolve, but smaller stories that create life in the city are appearing less and less.

The game will be run on PCs and # 39; s and Nintendo Switch platforms.