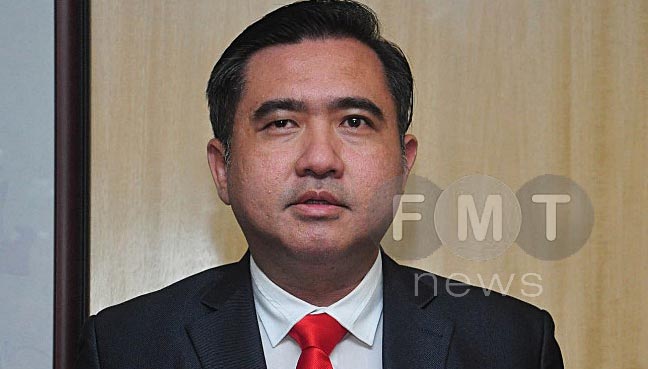 Anthony Loke says the ministry of transport is not bound by the deal signed between the board and the previous government.

Transport minister Anthony Loke Siew Fook has expressed the wish to talk and talk with LTAT, but says that the amount decided will not change.

PUTRAJAYA: The government will only pay RM555 million to the Armed Forces Fund Board (LTAT) for the acquisition costs of the automated enforcement system (AES) of two companies, said Transport Minister Anthony Loke Siew Fook.

Commenting on yesterday's statement by former chairman of LTAT Admiral (Rtd) Mohd Anwar Mohd Nor, who described the decision to pay such an amount as "fairly unfair and not in accordance with the previously signed concession agreement", emphasized Loke that his ministry is not bound by the agreement signed between the board and the previous government.

He expressed his wish to sit down and discuss with LTAT, but said that the decision to repay the RM555 million would remain unchanged "nothing more, nothing less".

"We will not be bound by the promises of the previous government, as far as we are concerned the costs (RM555 million) have been determined.

"The government will not review the refund (amount) because it was a bad decision by the LTAT to invest in AES.

"They (LTAT) thought the investment would be profitable.

"The former chairman tried to justify a good investment, but let the LTAT members be the judge," he told a press conference today.

On August 17, Loke reported that the Cabinet had agreed to repay the RM555 million in LTAT after the funds had been used by the previous government to take over the AES system from the companies – Beta Tegap Sdn Bhd and ATES Sdn Bhd – in 2015.

He also revealed that RM295 million paid to ATES Sdn Bhd and RM260 million to Beta Tegap Sdn Bhd was not accompanied by the acquisition of a large number of assets, with the exception of 47 AES cameras.

Yesterday, Anwar said that LTAT had been invited by the government to take over the AES project from the two companies to deliver, install and maintain 1,093 AES cameras at various strategic locations across the country.

It was also reported that the previous government through the Ministry of Finance decided to take over the project from LTAT by repaying all its investment costs plus 12% return per year.